Do you ever wonder why people do the things they do? Why do they buy certain products or services, or why do they vote for one political candidate over another? The answer to these questions lies in psychology – the scientific study of human behavior. In this blog post, we will discuss 10 psychological theories that will help you understand human behavior. These theories are important to know because they can help you better understand your customers and employees, and how to influence their behavior.

What Does Psychological Theory Mean?

Psychological theory is the systematic study of the behavior of humans and other animals. It is based on observation, experimentation, and reasoning. The psychological theory tries to explain why people think, feel, and behave as they do.

The term ‘theory’ in psychology refers to a well-tested and well-accepted explanation of a phenomenon. Theories are not laws, but they are frameworks that help us understand complex phenomena. Throughout time, these psychological theories are constantly being tested and refined. And, this directly helps humans to learn more about their behavior.

Theories are important because they help us make predictions about behavior. They also help us understand why people do the things they do. And, most importantly, psychological theories can be used to change behavior for the better.

There are generally four types of psychological theories, such as;

This type of theory focuses on how external stimuli shapes behavior. And, this is generally concluded in learning theories. The basic motive of this theory is to understand how people learn and what motivates them. In fact, behavioral theories are very much evident in the educational system. The most popular theory is Behaviorism which was developed by John Watson.

This type of theory is centered on the notion that our thoughts control our emotions and behaviors. It’s more concerned with understanding how people perceive, process, and remember information. This theory can be helpful in understanding mental disorders. More often, it is used in counseling.

This type of theory looks at how people’s social environment impacts their thoughts and behaviors. It takes into account the larger cultural context and how it affects an individual’s development. This theory is often used when studying groups, like families or gangs.

In this, the unconscious mind is of key interest. It focuses on the idea that people are driven by their inner desires and motives, which are often hidden from conscious awareness. This theory can be helpful in understanding why people do the things they do. Psychodynamic psychological theories are often used in counseling.

There are many different psychological theories that can help us understand human behavior. By understanding these theories, we can better understand ourselves and the people around us. Each of these theories has its own strengths and weaknesses, so it’s important to be familiar with them all. With this knowledge, we can more effectively navigate the complex world around us. 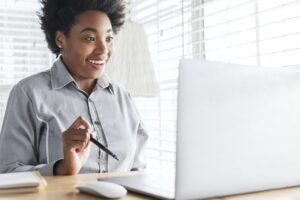 With psychological theories, there is various terminology used in psychology. It is helpful to have a working knowledge of these theories and the different concepts related to human behavior.

There are various benefits associated with understanding psychological theories, such as;

Also, these psychological theories can be used to help people understand different psychological disorders. For example, someone with an anxiety disorder may benefit from understanding the cognitive-behavioral theory of anxiety.

So, overall, there are many benefits to understanding psychological theories. By learning about these theories, people can gain a better understanding of themselves and others, which can lead to positive changes in their lives.

More often, there are forces at work that we are not consciously aware of. These theories can help us understand human behavior by shedding light on the hidden forces that motivate people’s actions.

The following are ten psychological theories that will help you understand human behavior:

In this theory, there are three main elements:

These three elements are essentially in conflict with each other when there is dissonance. 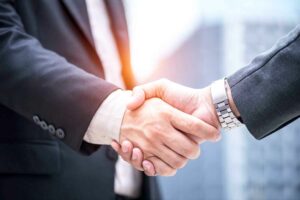 This theory suggests that people are mainly motivated by their own self-interest. People are driven to satisfy their needs and wants, and they will do whatever it takes to achieve this goal.

People are usually not aware of the extent to which they are motivated by self-interest. But it drives most of their actions. The theory of self-interest can help explain a lot of human behavior. Such as why people work hard, why people make friends, and why people cooperate with others.

Moreover, the self-interest psychological theory is the bedrock of classical economics. It includes the concepts of utility and profit, which are essential to economic analysis.

Even so, there is one study that suggests that self-interest does not always predict behavior.  Under this theory, the participants were given the opportunity to cheat in order to earn more money. The results showed that people were not always motivated by self-interest and that they were willing to cheat if it meant earning more money.

Social influence can take many different forms, such as conformity, obedience, and persuasion. The theory of social influence is important because it helps us understand how people’s behavior is shaped by their interactions with others. It also has a lot of practical applications, such as marketing and advertising. And, it is somehow comforting to know that we are not as independent as we think we are.

Social influence can take many different forms, such as conformity, obedience, and persuasion. It can be exerted by friends, family members, teachers, or anyone else in our social environment.

Furthermore, social influence is a powerful force and can often override our own individual preferences. For example, if everyone in our social group is doing something, we are more likely to do it too, even if we don’t want to.

This theory has a lot of practical applications, such as choosing a romantic partner, choosing a job, or choosing a lifestyle. It can also help explain why people make bad decisions. For example, someone may choose a job that they don’t like because it is prestigious, even though it may not be the best decision for them.

In fact, this theory of desirability bias is the basis for the entire advertising industry. Advertisers know that if they can make a product look desirable, people will be more likely to buy it. Eventually, this theory is going to lead to a better understanding of human behavior.

People are motivated by pleasure and avoidance of pain. They seek out things that make people feel good. And thereby they tend to avoid things that make them feel bad. Hedonism is one of the oldest psychological theories, and it has been around for centuries. It was first proposed by Epicurus in the fourth century BC.

Hedonism is one of the most popular theories in psychology, and there is a lot of evidence to support it. It can explain a wide range of human behavior, such as why people eat food, why people drink alcohol, and why people have sex.

Under this theory, it is believed that humans are motivated by pleasure and pain and that these two factors are the only things that matter in life. This theory has been controversial from the beginning, and there is no single agreed-upon definition of hedonism. However, most people would agree that it includes the concepts of pleasure and pain. 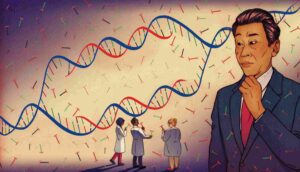 Under this theory, people come to know that evolutionary history is helpful in shaping human behavior. Our ancestors evolved certain behaviors because they helped them survive and reproduce. Evolutionary psychology is a relatively new field, and it is still in its infancy. However, there is already a lot of evidence to support it.

However, this theory is controversial, and there is a lot of debate about it. Some people think that it is too simplistic and that it does not take into account the complexities of human behavior.

This theory suggests that we can understand other people’s thoughts and feelings. We do this by assuming that everyone else is like us and that they think and feel the same way we do.

Theory of mind is the basis for empathy and it is also the basis for understanding jokes. Jokes are funny because they play on our assumptions about other people’s thoughts and feelings.

Some studies that autistic people do not have a theory of mind. This means that they are unable to understand other people’s thoughts and feelings. Mind is often a great way to understand human behavior. And, in that way, autistics are at a disadvantage. However, the theory of mind is still a controversial topic, and there is a lot of debate about it.

Reactance is based on the idea of psychological reactance, which is the urge to do the opposite of what someone wants us to do.

Reactance is often irrational and it can lead to problems such as rebellion and vandalism. However, it can also be a force for good, such as in the civil rights movement or in the women’s liberation movement. In fact, without reactance, these movements would not have been successful. 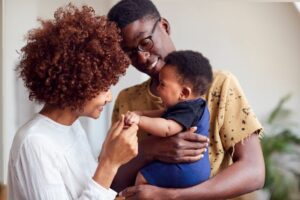 In this scenario, the infant becomes attached to the caregiver, because they provide a sense of security and comfort. The infant learns that they can depend on the caregiver to meet their needs, and this leads to a feeling of safety and security.

Attachment theory is based on the idea of attachment behavior. Which is the urge to seek out close contact with a caregiver. Attachment theory has been studied extensively, and there is a lot of evidence to support it. It can help people to understand why they stay in abusive relationships, or why people become addicted to drugs or alcohol.

The theory of attachment is directly related to the need for security. And, in that way, it is one of the most fundamental needs that we have. People are attracted to each other because they are looking for someone who can provide them with security and comfort. And, people stay in abusive relationships because they are afraid of being alone or they are afraid of not being able to meet their needs.

This theory suggests that we tend to overattribute someone’s behavior to their personality or character rather than considering the situation that they are in.

Some studies suggest that people with a lower IQ tend to make more fundamental attribution errors than people with a higher IQ. This may be because they are not able to consider all of the relevant information when making a judgment about someone’s behavior.

Psychological theories play an important role in our life. It helps us to understand ourselves and others better. There is much different theory, and each one offers its own unique insight into human behavior. By understanding these theories, we can have a better understanding of what is happening around us and why people behave the way they do.

Therefore, the importance of psychological theories in our life can not be overemphasized. It is through these theories that we can truly understand the complexities of human behavior.