Do you know someone who always seems to be stretching the truth? Maybe they tell elaborate stories that are hard to believe. Or maybe they just can’t seem to stop lying, even when there is no real reason to. If this sounds like someone you know, then they may be suffering from compulsive lying disorder, also known as pseudologia fantastica. In this blog post, we will explore all aspects of a compulsive liar, including symptoms, causes, and treatment options. We will also hear from experts in the field about their experiences with compulsive liars.

Pseudologia fantastic, also known as compulsive lying disorder, is a condition that causes a person to lie excessively. The lies told by someone with this disorder are usually embellished or completely fabricated.

In some cases, the person may believe their lies. This disorder can cause problems in personal relationships, work, and school. It can also lead to legal problems.

There are three main types of compulsive liars: pathological, habitual, and sociopathic.

Pathological Liars: Pathological liars are the type of person who compulsively tells lies for no reason. They may lie about their accomplishments, or they may make up stories to manipulate others. This type of liar often has a history of lying dating back to childhood.

Habitual Liars: Habitual liars are people who compulsively lie out of habit. They may not even realize that they are lying. This type of compulsive liar often tells lies about their personal life, such as their age, weight, or relationship status.

There are many signs that someone may be a compulsive liar. The most common sign is excessive lying. Other signs include:

Making up stories that are hard to believe: This may include lies about accomplishments, relationships, or experiences.

Lying even when there is no real reason to: This type of liar often tells pointless lies just to see how people will react.

Changing their story: A compulsive liar will often change their story when confronted with the truth.

Exaggerating the truth: A compulsive liar may add details to their stories that are not true.

There is no one definitive cause of compulsive lying disorder. However, several factors may contribute to its development. Some possible causes include:

Behavioral Factors: Certain behaviors, such as excessive lying or stealing, may lead to the development of compulsive lying disorder.

Family History: There is a strong correlation between compulsive lying and a family history of mental health disorders, such as bipolar disorder or borderline personality disorder.

Psychological Factors: People with low self-esteem or insecurity may be more likely to develop compulsive lying disorder. They may use lies as a way to make themselves feel better or to build up their image.

Genetic Factors: Some research suggests that there may be a genetic component to compulsive lying disorder. This means that it may be partially inherited from a person’s parents.

Cognitive Factors: People with compulsive lying disorder often have difficulty understanding the consequences of their lies. They may also have problems with memory, which can make it difficult for them to keep track of their lies.

Environmental Factors: A person’s environment may also play a role in the development of this disorder. For example, if a child is raised in an environment where lying is tolerated or even encouraged, they may be more likely to develop compulsive lying disorder.

Certain personality types may be more prone to developing compulsive lying disorder. These include:

The control freak: This type of person wants to be in charge of everything and they may feel the need to lie to maintain control.

The people-pleaser: This type of person is always worried about what other people think of them. And they may feel the need to lie to make themselves look good.

The drama queen: This type of person loves attention and often creates dramas for no real reason. They may also feel the need to lie to get attention.

The sociopath: This type of person is often characterized by a lack of empathy and remorse. They may lie to get what they want without caring about the consequences.

NOTE: This is not an exhaustive list. Many other personality types may be prone to compulsive lying disorder.

There are several ways to evaluate compulsive lying disorder. One way is to look at the four key areas:

Compulsive lying can also harm finances. This is because they often lie about their income, expenses, or assets. This can lead to financial problems such as debt and bankruptcy.

Compulsive liars may also find themselves in legal trouble. This is because they often lie about their actions or intentions. This can lead to them being charged with perjury or fraud.

Compulsive lying can also harm work. A person with this disorder may be unable to maintain steady employment, as their lies tend to catch up with them. They may also find it difficult to build relationships with co-workers, as they will often be seen as untrustworthy.

Compulsive liars may also have difficulty maintaining social relationships. As their lies tend to catch up with them, they may find it difficult to make and keep friends. In some cases, the person with the disorder may be able to maintain a few close relationships, but in other cases, they may become isolated and alone. 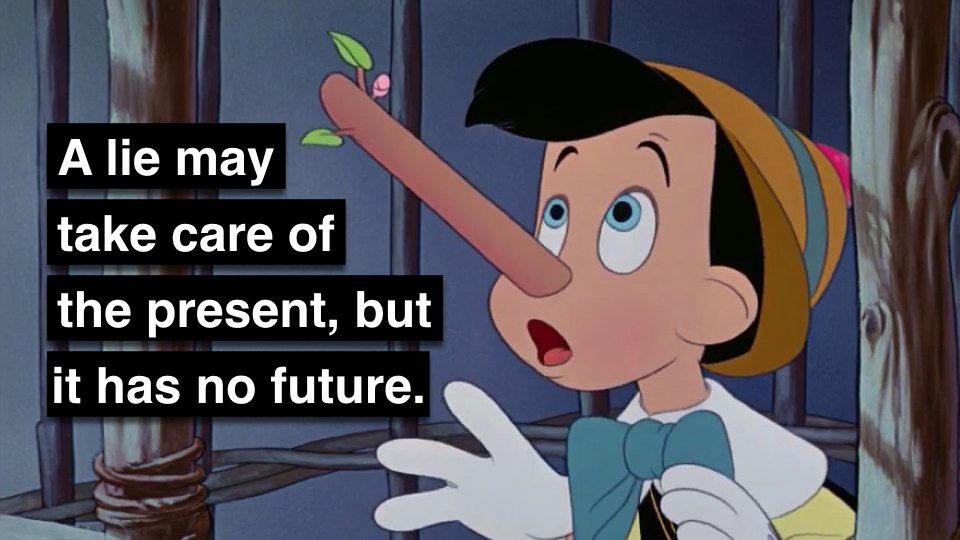 If you or someone you know has been diagnosed with compulsive lying disorder, there are several things that you can do to cope:

If you are struggling with compulsive lying, here are some self-help tips that may be helpful:

If you are struggling with compulsive lying, some self-help techniques may be helpful:

Journaling: This can be a great way to track your progress in overcoming compulsive lying. It can also help you identify any triggers or patterns in your lying.

Mindfulness: This is a technique that involves focusing on the present moment and accepting all feelings and experiences, including those that are uncomfortable.

If you are struggling with compulsive lying, here are some self-help tools that may be helpful:

Support groups: There are many support groups available for people with this disorder. This can be a great way to meet other people who understand what you are going through.

Books: There are many books available on the subject of compulsive lying. These can be a great way to learn more about the disorder and find helpful coping strategies.

Movies/TV shows: There are several movies and TV shows that deal with the topic of compulsive lying. This can be a great way to learn more about the disorder and see how other people have coped with it.

If you are struggling with compulsive lying, seek professional help. A therapist can provide you with the tools you need to overcome this disorder. 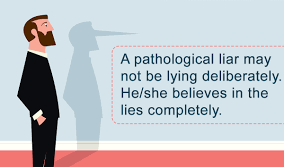 If you are struggling with compulsive lying, it is important to talk to a professional. A therapist can help you understand the causes of your lying and provide strategies for dealing with it.

Many different therapies can be helpful for people with this disorder. A therapist can help you choose the right therapy for your needs. Some of the most common therapies for compulsive lying are:

Cognitive-behavioral therapy: This is a type of therapy that focuses on changing the thoughts and behaviors that contribute to lying.

Dialectical behavior therapy: This type of therapy focuses on helping people learn how to manage their emotions and deal with difficult situations.

Family Therapy: This is a type of therapy that involves all members of the family. It can help to improve communication and relationships within the family.

Group therapy: Group therapy allows you to meet with other people who are struggling with compulsive lying. This can be a great way to learn from others and get support.

Repetitive transcranial magnetic stimulation: This is a treatment that uses magnets to stimulate the brain. It may help reduce symptoms of compulsive lying.

Medication: Several medications may help treat compulsive lying. Your therapist can help you decide if medication is right for you.

Hannah is a 20-year-old college student who has been struggling with compulsive lying for the past year. She first noticed that she was lying when she started making up stories about her life to make herself seem more interesting.

Hannah has tried several self-help techniques, but she has not been able to overcome her disorder. She is now talking to a therapist and is considering medication.

“Compulsive lying can be a very difficult disorder to overcome. It is important to seek professional help to get the tools you need to manage your lying. Many different therapies can be helpful, and it is important to find the right one for you.”

“Compulsive lying can have a serious impact on your life. It can cause relationships problems, academic difficulties, and even legal issues. If you are struggling with this disorder, it is important to seek professional help.”

If you are struggling with compulsive lying, it is important to seek professional help. A therapist can provide you with the tools you need to overcome this disorder. Many different therapies can be helpful, so it is important to find the right one for you.