Anthropomorphic. You’ve heard the word before, but what does it actually mean? According to Merriam-Webster, anthropomorphic is defined as “of, relating to, or characterized by the attribution of human characteristics to animals or objects.” In other words, anthropomorphism is when we give animals or objects human qualities. This can be seen in cartoons and movies all the time, where an animal will be given a human voice and personality. Anthropomorphism can also be found in everyday life. For example, you might refer to your car as “she” or “he.” 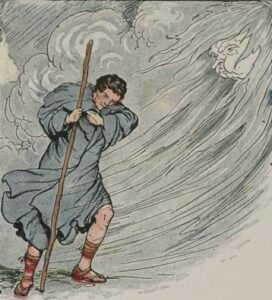 Anthro- means “human” and -morphic means “shape” or “form.” Anthropomorphic is when non-human objects are given human characteristics. For example, in the movie Up, a talking dog is given the characteristics of a person. He has emotions, he talks, and he walks on two legs. Another example is the emoji characters that have become popular in recent years. These characters have humanlike features, such as facial expressions and bodies with arms and legs.

It also can describe when animals are given human characteristics in stories or movies. For example, in the movie Babe, a pig is given the characteristics of a person. He wears clothes, talks, and has human emotions. 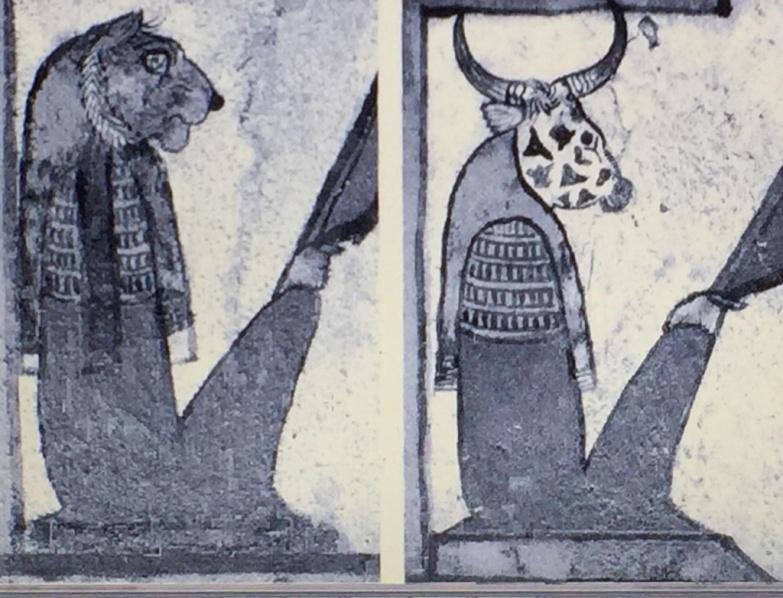 The examples of anthropomorphism are vast and varied. In general, anything that imbues inanimate objects or animals with human characteristics can be considered anthropomorphic. For instance, a child might refer to their teddy bear as if it were a real person, giving it a name and talking to it as if it could understand and respond. Similarly, someone might refer to their car as if it were alive, referring to it by name and saying things like “she’s running well today.”

In literature, anthropomorphism is often used to make stories and characters more relatable for young audiences. It also helps to simplify complex ideas or concepts. For instance, in The Cat in the Hat by Dr. Seuss, the titular cat is able to perform all sorts of magical feats because he is anthropomorphic – that is, he has been given human characteristics like the ability to speak and think intelligently. Sometimes, authors also use anthropomorphism for comedic effect, as in Charlotte’s Web, where the animals on the farm often act and speak like humans.

Anthropomorphism is also common in movies. One well-known example is Disney’s Talking Animals movies, where animals are given human characteristics like the ability to speak. This allows for more interesting stories and characters, as well as provides opportunities for comedy. Another example of anthropomorphism in movies comes from the popular Pixar film franchise Toy Story. In these movies, toys come alive when people are not around and have adventures – again, this is done to make them more relatable and entertaining.

One example of anthropomorphism on television is the popular animated show The Simpsons. In this show, many characters are anthropomorphic – for instance, Mr. Burns is a human-like being with a dog’s head, and Ned Flanders is an extremely pious man who also has a bird’s beak. This allows for more humor and interesting character dynamics than would be possible if these characters were simply humans.

Anthropomorphism is also common in comic books, where it is often used to make superheroes more relatable to young audiences. For example, in Marvel Comics’ Spider-Man series, Peter Parker is a nerdy high school student who gets superpowers after being bitten by a radioactive spider. This makes him more relatable to readers, as they can see themselves in him. DC Comics Batman is another example of a superhero who is anthropomorphic – in this case, he is a human-like being with the abilities of a bat.

Anthropomorphism is also found in art, where it is often used to make animals more lifelike. For example, many paintings of dogs and cats will show them with human-like characteristics, such as facial expressions. This can make the animals appear more expressive and lifelike. It also provides opportunities for art to be more humorous, as in the work of artist René Magritte, who often paints anthropomorphic animals. These paintings often challenge the viewer’s perception of what is real and what is not.

Anthropomorphism can also be found in music, where it is often used to make songs more relatable or interesting. For example, the song “The Lion Sleeps Tonight” tells the story of a lion cub who becomes scared and must go into the forest to find his father. This song is anthropomorphic because it gives human characteristics to an animal. Another example of anthropomorphism in music comes from the band The Beatles. In their song “I am the Walrus,” John Lennon sings about being a walrus – again, this is done to give human characteristics to an animal.

There are many uses of anthropomorphism throughout the world. Some of these uses may include:

Anthropomorphism is often used in stories to make an impact on the audience. For example, a story may be more memorable or relatable if it includes anthropomorphic characters. In this way, anthropomorphism can be used to create a stronger emotional connection with the viewer or reader. It can also be used to make a story more humorous or engaging.

Anthropomorphism is also commonly used in stories with animal characters. This can be used to create an interesting and unique story, as well as to teach children about different animals. Additionally, it can help children understand complex emotions and situations that they may not otherwise be able to comprehend.

Anthropomorphism can also be used therapeutically, particularly with children. By using anthropomorphic characters, therapists can help children understand difficult concepts or emotions. This can be helpful in developing empathy and understanding in children who may struggle with these things. It can also be used to help children cope with difficult situations or experiences.

Anthropomorphism is often used for entertainment purposes. Films, TV shows, books, and other forms of media often include anthropomorphic characters for comedic or dramatic effect. In many cases, these characters are used to explore human emotions and experiences in a non-human context. This can be both humorous and enlightening for audiences. It can also help people see things from a different perspective. This can be especially helpful for children, who are often more open to new ideas and perspectives.

There are all sorts of different animals in the world. Some are big, some are small. Some have fur, and some don’t. But one thing that all animals have in common is that they’re all alive!

Some people might think that anthropomorphic animals are just make-believe creatures, like the ones you might see in a cartoon or a book. But the truth is, there are actually lots of different kinds of anthropomorphic animals out there in the world. Sometimes, they’re even real animals that have been trained to act like humans.

Here are some examples of anthropomorphic animals that you might not have known about:

Similarity Between Anthropomorphism And Human Animals

There are many definitions of the word “anthropomorphism.” In one sense, it is simply seeing human qualities in animals. We often refer to this as giving animals human names and attributing human emotions to them. Another definition is the attribution of divine or superhuman powers to natural objects or phenomena. Anthropomorphism is a way of looking at the world that helps us understand it better. It allows us to see things in a new light and makes life more interesting.

When you look at a dog, you may see a loyal friend. When you look at the moon, you may see a goddess looking down on us. Both of these are examples of anthropomorphism. We give animals and objects human qualities in order to understand them better. This is similar to how we view other humans. We often put ourselves in other people’s shoes in order to understand them better. Anthropomorphism is a way of doing this with non-human beings.

It can be fun to think about the world in this way. It helps us appreciate things that we might take for granted. When we anthropomorphize, we are acknowledging that there is more to life than what we can see with our eyes alone. There is beauty and mystery all around us. By looking at the world through the lens of anthropomorphism, we can see things in a new and exciting way. It is a way of seeing the world that can make life more interesting and enriching.

Anthropomorphism can be a useful tool or a hindrance depending on the context and situation. It is important to be aware of its implications and use them accordingly.

Thanks for reading. I hope this gave you a good introduction to anthropomorphism and its uses. You can also contact us if you have any questions or want to know more about anthropomorphism.