Endorphins are chemicals that are produced by the body. They play a role in mental health and have been linked to issues like anxiety and depression. In this blog post, we will explore what they are, how they function. And the role they play in mental health. We will also hear from experts on the topic. And learn about brain activity related to this chemical. Finally, we will provide some resources for those who want to learn more. 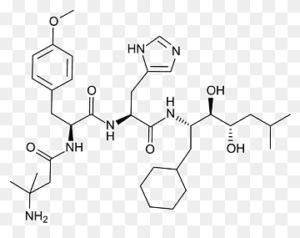 Endorphins are hormones that are produced by the body in response to pain or stress. They are neuropeptides. This means that they are proteins that act as messengers in the brain.

Endorphins play an important role in both the brain and body.

NOTE: They are often referred to as the “body’s natural painkillers” or “runner’s high.” 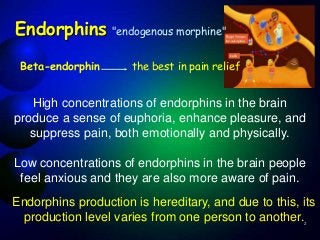 There are two types of this chemical: beta-endorphins and enkephalins.

These chemicals are released in response to pain, stress, or other stimuli. Once they are released, they bind to receptors in the brain and spinal cord. This binding helps to reduce the perception of pain. Endorphins also play a role in mood and emotions. They help to create a feeling of happiness and well-being.

Endorphins are also linked to positive health outcomes, such as:

NOTE: In one study, participants who had higher levels of endorphins were less likely to experience stress-related health problems, such as high blood pressure and heart disease. Overall, they help to improve mood and promote a sense of well-being.

Effects of Too Much Endorphins Levels

Endorphins are beneficial at moderate levels. However, when there are too many endorphins, it can lead to problems.

Some of the effects of too much endorphin activity include:

When endorphin levels are too high, it can lead to a condition called “endorphin overload”. This is when the body has difficulty processing all of the endorphins. Endorphin overload can be dangerous and should be treated by a medical professional.

Effects of Too Low Endorphins Levels

Just as too much endorphin activity can be harmful, so can too little.

Low levels of endorphins can lead to:

Low levels of endorphins can also be a problem. 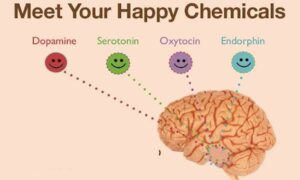 Scientists have long been interested in studying this chemical. This is because of their role in pain relief and mood.

Brain activity related to this chemical has been studied using PET scans. This type of brain scan can show how this chemical binds to receptors in the brain. 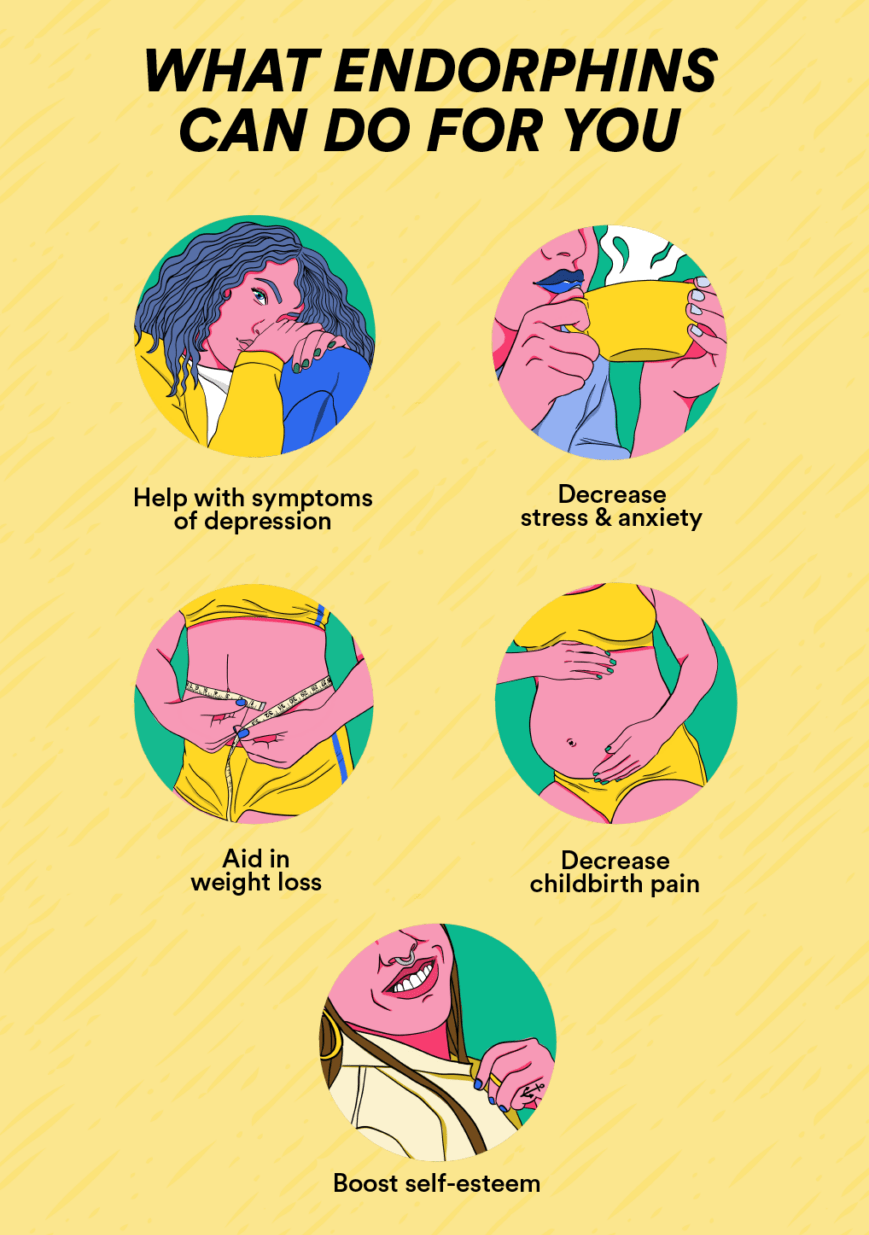 There is a lot of evidence that endorphins play a role in mental health. This chemical has been linked to a variety of mental health issues, including anxiety, depression, and addiction.

Anxiety: Studies have shown that people with anxiety tend to have lower levels of beta-endorphins. This may be because this chemical helps reduce the perception of pain. And people with anxiety are constantly in a state of heightened awareness and stress.

One study found that people with anxiety had lower levels of beta-endorphins than those without anxiety. This suggests that anxiety may be linked to low levels of endorphins.

Depression: Low levels of endorphins have also been linked to depression. This may be because this chemical plays a role in mood and emotions. When someone is depressed, they often feel sadness, hopelessness, and worthlessness.

Some studies have found that people with depression have lower levels of beta-endorphins and enkephalins than those without depression.

Addiction: Endorphins play a role in addiction because they create a feeling of euphoria. This feeling is what people chase when they use drugs or alcohol. When someone is addicted, they will continue to use even though it is harmful to their health and well-being.

There is also some evidence that endorphins play a role in addiction. People who are addicted to drugs or alcohol may have lower levels of endorphins. 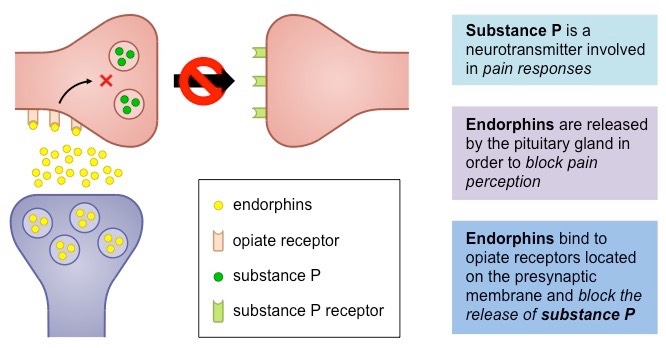 As discussed earlier, endorphins have several benefits, including pain relief, stress relief, and improved mood. There are several ways to release endorphins. Some of these include:

Exercise: Exercise is one of the most effective ways to release this chemical. This is because when you exercise, your body releases pain-reducing chemicals.

Pain: Another way to release this chemical is through pain. When you experience pain, your body releases endorphins to counter the pain.

Laughter: Laughter is also one of the easy ways to release this chemical. One study found that laughter was more effective at releasing endorphins than exercise.

Massage: Massage is another way to release this chemical. When you get a massage, your body releases oxytocin, i.e. “cuddle hormone”. Oxytocin helps to reduce stress and promote relaxation.

Sex: Sex is another way to release this chemical. This is because during sex, your body releases oxytocin and other hormones that help to reduce stress and promote relaxation.

So far, there has not been enough research on the effectiveness of endorphin therapy. However, some studies have shown that it may help treat anxiety, depression, and addiction.

If you have an interest in trying endorphin therapy, be sure to speak with your doctor first. Endorphin therapy is not right for everyone. Moreover, it is important to make sure that it is safe for you before starting treatment.

We spoke to two experts on the topic of this chemical and mental health.

Dr. Julia Harper is a psychiatrist and author of the book “The Happiness Trap”. She says:

“Endorphins are important for our mental health. They help to reduce pain and improve mood. Studies show that low levels of endorphins bear a link to depression and anxiety. And, endorphins play a role in addiction because they create a feeling of euphoria.” 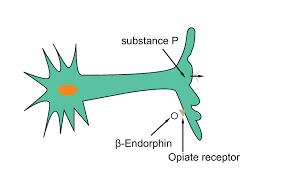 A study published in the journal “NeuroImage” found that when people experience a release of endorphins, there is increased activity in the brain’s reward center. This region of the brain is responsible for pleasure and motivation.

The study found that when people were given pain-relieving medication, there was an increase in activity levels in the brain’s reward center. This suggests that endorphins play a role in pleasure and motivation.

How Endorphins Affect the Brain

When you experience pain, stress, or other stimuli, your brain releases endorphins. This causes a change in brain activity.

Another study found that when people with anxiety received an injection of beta-endorphins, their brain activity changed. This change was seen in the areas of the brain that are involved in anxiety and stress.

If you want to learn more about this chemical and mental health, here are some books and resources that can help:

Endorphins are important for our mental health. They play a role in reducing pain, improving mood, and helping to prevent addiction. There are several ways to release this chemical. And hearing from experts can help us to better understand their role in mental health. If you want to learn more about endorphins, several books and resources can help.