What Is Evolutionary Psychology 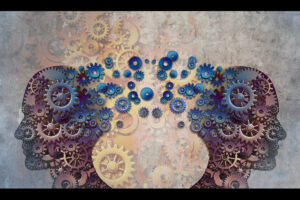 In the evolutionary approach, our ancestors confront different problems and find solutions to those problems. The behavior that helps our ancestors survive and reproduce is passed down from generation to generation in the form of genes.

However, the evolutionary approach is one of the most popular approaches in psychology today. It is a way of understanding human behavior by looking at how it might have evolved to help our ancestors survive and reproduce. This approach looks at the whole person, including their physical and psychological characteristics.

There are 3 main goals of evolutionary psychology:

People Behave the Way They Do

How Does Evolutionary Psychology Work? 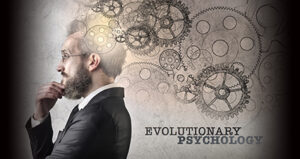 Evolutionary psychologists use a variety of methods to investigate how psychological adaptations shape current behavior. These methods include:

It has a fundamental foundation in Darwin’s theory of natural selection. However the study of how human behavior evolved is looks at how our genes and brain shape our behavior.

There are three key principles of evolutionary psychology:

Evolutionary psychologists use these three principles to explain human behavior. For example, they might argue that men have attracted to women with hourglass figures because this type of figure is an indicator of health and fertility.

Evolutionary psychology has been criticized for being sexist and reductionist. However, it remains one of the most popular approaches to the study of human behavior. In conclusion, evolutionary psychology is a field of study that looks at how our brains influence our behavior. Most importantly it can help us to better understand why we do the things we do, and it can also provide us with insight into how we can improve our lives. It is a valuable approach for understanding ourselves and the world around us, despite the fact that it is not without its critics. Thank you very much for taking the time to read this.