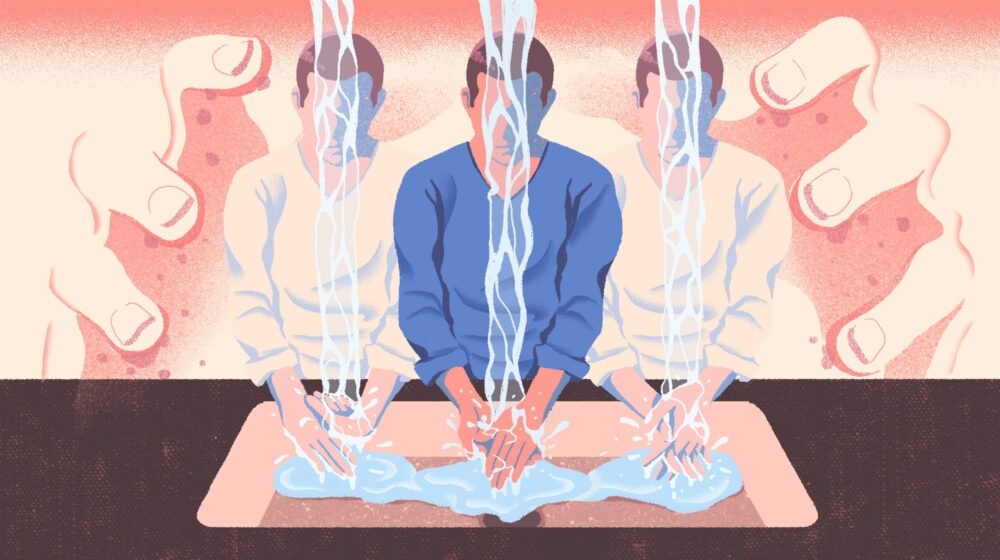 Compulsive behavior is characterized by an irresistible urge to do something, even if it’s harmful to you. People with compulsions often feel that they can’t control their urges and behaviors.

There is no one-size-fits-all answer to this question, as the severity of compulsions can vary significantly from person to person. However, here are some general degrees of compulsive behavior:

There are different types of compulsions, including:

Organizing: This compulsion involves an excessive need for symmetry and order.

Hoarding: Hoarding is characterized by an inability to discard items, even if they’re of no use.

Counting: People with this compulsion often count objects or steps, sometimes for hours on end. 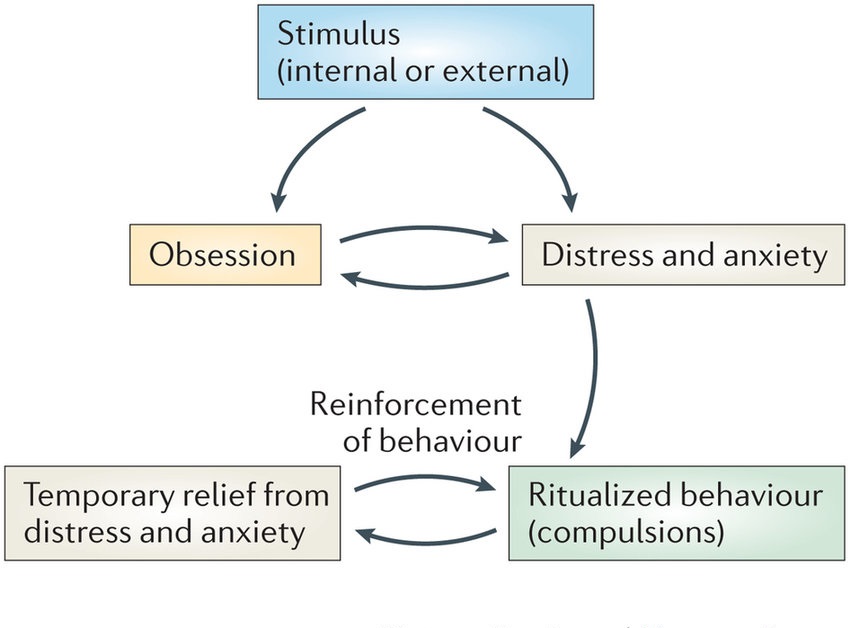 Several disorders involve such behavior, including:

Body dysmorphic disorder (BDD): BDD is a preoccupation with one or more perceived defects in one’s physical appearance.

Trichotillomania (TTM): TTM is a disorder characterized by the recurrent urge to pull out one’s hair.

Excessive skin picking (ESP): ESP is the repetitive picking of skin, often to the point of causing lesions.

People with compulsive behavior often feel that they need to do their compulsion to relieve tension or anxiety. Thus, symptoms of compulsions can include:

Trauma: Exposure to traumatic events can increase the risk of developing compulsions.

Inability to stop: Many people with compulsions feel like they can’t stop their behaviors, even if they want to.

Feeling of relief: Many people with compulsions feel a sense of relief or satisfaction after completing their compulsion.

Obsession with details: This can include an excessive focus on minor or irrelevant details, or needing to complete tasks in a specific way.

Preoccupation: People with compulsions are often preoccupied with their urges and behaviors. This can cause significant distress and interfere with daily life.

Rituals: People with compulsions often have rituals they need to follow to relieve anxiety. These rituals can be time-consuming and rigidly enforced.

There is no one definitive cause of compulsive behavior. However, some potential causes include:

Genetics: Some research suggests that compulsive behavior may be passed down through families.

Brain chemistry: Compulsive behavior may be caused by abnormalities in the brain’s chemical makeup.

Environmental factors: Exposure to stressful or traumatic events can increase the risk of developing compulsions.

Several risk factors may increase the likelihood of developing compulsions, including:

People with these conditions are at high risk of developing obsessions and compulsions.

No one personality type’s more prone to such behavior than others. However, people who are perfectionists or excessively organized may be more likely to develop compulsions.

Compulsive behavior can be disruptive and cause distress. It can also interfere with daily life, including work, school, and relationships. In addition, it may pose damaging effects on one’s health.

People with compulsive behavior may find it difficult to maintain a job or meet deadlines. They may be excessively perfectionistic or have difficulty concentrating on tasks.

Compulsive behavior can be damaging to relationships. People with compulsions may be preoccupied with their urges and behaviors. Consequently, it can take away from time spent with loved ones. Furthermore, they may also have difficulty following through on commitments or behaving in a way that’s respectful of others.

Compulsive behavior can also harm physical health. People with compulsions may be more likely to develop stress-related illnesses, such as heart disease or high blood pressure.

Compulsive behavior can also have a serious impact on mental health. People with compulsions may experience significant anxiety, distress, and guilt. In addition, they may also be at risk of developing other mental health conditions, such as OCD or depression. 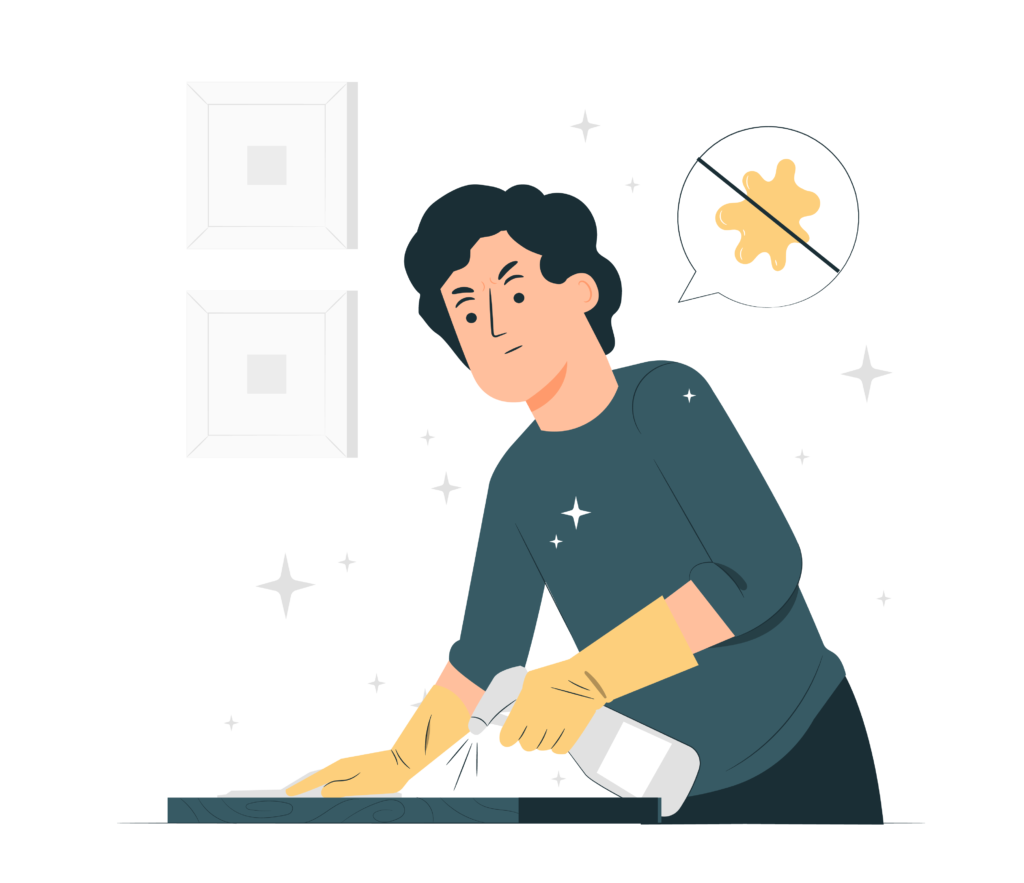 Compulsive behavior can be a difficult thing to deal with, both for the person with compulsions and their loved ones. However, here are some things to consider:

There are some things you can do to help manage such behavior on your own. As these tips can be helpful in addition to professional treatment:

Identify your triggers: It can be helpful to identify what sets off your compulsions and try to avoid those situations as much as possible.

Create a plan: When you feel the urge to engage in a compulsion, have a plan in place to distract yourself or do something else.

Challenge your thoughts: If you’re having intrusive thoughts, try to challenge them by asking yourself if they’re really true.

Find support: Talking to friends or family members who understand can be helpful. There are also online support groups available.

Some self-help tools can help manage compulsions. However, some of these include:

Journalling: Writing about your thoughts and feelings can help you to better understand and manage them.

Cognitive restructuring: This therapy helps you change the way you think about your compulsions and obsessions.

Mindfulness meditation: This practice can help you learn to observe your thoughts and feelings without judging them.

If compulsive behavior is causing significant distress or interfering with daily life, it may be helpful to talk to a professional. Since therapists can provide support and guidance in dealing with compulsions. Furthermore, they can also help to identify any underlying conditions that may be contributing to the problem.

Many different types of therapy can help manage compulsions, including:

Cognitive-behavioral therapy (CBT): CBT is the most common type of therapy for OCD. It helps you identify and change your thoughts and behaviors that contribute to your obsessions and compulsions.

Exposure and response prevention (ERP): ERP is a type of CBT that involves exposing yourself to your triggers and learning to resist the urge to engage in a compulsion.

Dialectical behavior therapy (DBT): DBT is a type of therapy that helps you manage intense emotions and develop coping skills.

Some medications can help manage OCD and other compulsive disorders. However, some of these include:

Atypical antipsychotics: These medications are used to treat psychotic disorders, but they can also help manage OCD and other compulsive behaviors.

Benzodiazepines: Benzodiazepines are a type of medication that is used to treat anxiety disorders. They work by increasing levels of GABA, a neurotransmitter that reduces activity in the brain.

Selective serotonin reuptake inhibitors (SSRIs): SSRIs are the most common type of medication used to treat OCD. They work by increasing levels of serotonin in the brain.

John is a 20-year-old college student who has been struggling with compulsive behaviors for the past year. He often feels the need to wash his hands multiple times after touching anything, and he frequently checks to make sure that doors are locked and appliances are turned off.

These behaviors have caused John significant distress and have interfered with his ability to attend classes and socialize with friends.

John has tried to manage his compulsions on his own, but he has not been successful. He has decided to talk to a therapist to see if they can help him.

The therapist helps John to understand his compulsions and the thoughts and emotions that contribute to them. They also work together to develop a treatment plan that includes CBT and exposure therapy.

With the help of his therapist, John can learn to manage his compulsions and live a more normal life.

NOTE: There are many different types of therapy and medications that can help manage compulsions. If you’re struggling with such behavior, talk to a professional to see what treatment options are available to you.

We also heard from some experts about their thoughts on compulsive behavior. Here’s what they had to say:

“Compulsive behavior is a type of behavior that is characterized by an irresistible urge to do something, even if it is harmful. The most common type of compulsion is obsessive-compulsive disorder (OCD), but there are other types as well. Compulsive behavior can be very distressing and can interfere with daily life.”

“When someone with OCD engages in compulsive behavior, the brain is showing increased activity in certain areas. This includes:

If you or someone you know is struggling with compulsive behavior, there are many resources available to help. However, some of them are:

Compulsive behavior is a type of behavior characterized by an irresistible urge to do something, even if it is harmful. Moreover, there are many different types of compulsions, and they can be very distressing and interfere with daily life. Thus, if you’re struggling with such behavior, talk to a professional to see what treatment options are available to you.