Do you have a need to check things multiple times? Are you constantly worried about germs and dirt? If so, you may be suffering from Obsessive-Compulsive Disorder. OCD is a mental illness that affects millions of people all over the world. In this blog post, we will discuss all OCD, including its symptoms, causes, and treatment options. We hope that this information will help you better understand this condition and how to manage it.

What Is Obsessive-Compulsive Disorder? 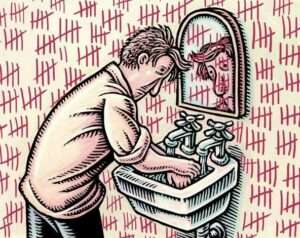 Obsessive-compulsive disorder (OCD) is a mental health disorder that causes people to have unwanted thoughts and feelings, and to do repetitive behaviors.

People with OCD can’t control their thoughts or behavior. The thoughts are often about things that could cause harm or make them very upset, like germs, accidents, violence, or sex. To try to stop the thoughts, people with OCD may do repetitive behaviors called compulsions.

Compulsions are things that a person does to try to ease the anxiety caused by obsessive thoughts. For example, someone with OCD may wash their hands over and over again, or check door locks many times to make sure they’re locked. There are many different compulsions that people with OCD can have.

Compulsions are usually done in certain ways and take up a lot of time. They’re often not realistic, and they don’t work to ease the thoughts or anxiety. But people feel like they can’t control their compulsions, and they may do them even when they don’t want to. 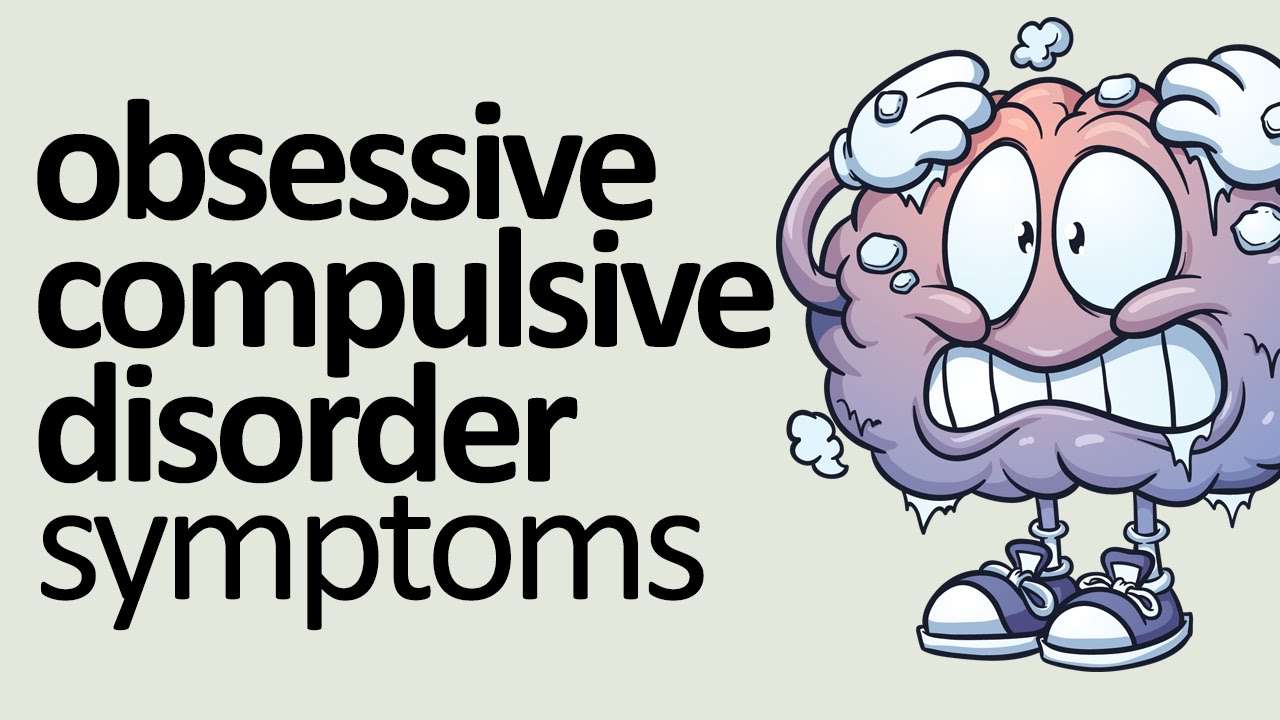 There are many signs of obsessive-compulsive disorder. Some of these signs are:

Sometimes there are thoughts that go through a person’s mind that they can’t get rid of. They might be thoughts about harming themselves or someone else or sexual thoughts. These thoughts are called intrusive thoughts and they can be very upsetting. It may seem like the only way to get rid of them is to do something to make sure they don’t happen, which is called a compulsion.

A compulsion is when someone feels like they have to do something over and over again or in a certain way. This can be things like washing their hands, checking the locks on doors, or counting. People with OCD might not want to do these things, but they feel like they have to in order to prevent something bad from happening. It can be really hard to control these compulsions.

People with OCD often feel very anxious or scared. This is because they have intrusive thoughts and do compulsions in order to get rid of them, but the thoughts never really go away. This can be really frustrating and make people feel like they’re out of control.

OCD can also cause problems with concentration. This is because it takes up a lot of mental energy to worry about things that might happen or trying not to think about something that’s been bothering you. All this worrying can make it hard to focus on anything else.

Another sign of OCD is emotional pain. People with OCD may feel like they’re going crazy or that they’re the only person who has these thoughts. They may feel a lot of guilt and shame about their thoughts and compulsions. This can be really hard to deal with emotionally.

People with OCD might start avoiding things that trigger their anxiety. For example, if they are afraid of getting sick, they might stop going outside or avoid touching handles. Or if they are afraid of getting in accidents, they might start avoiding driving. This can be really hard because it means giving up things that you enjoy. 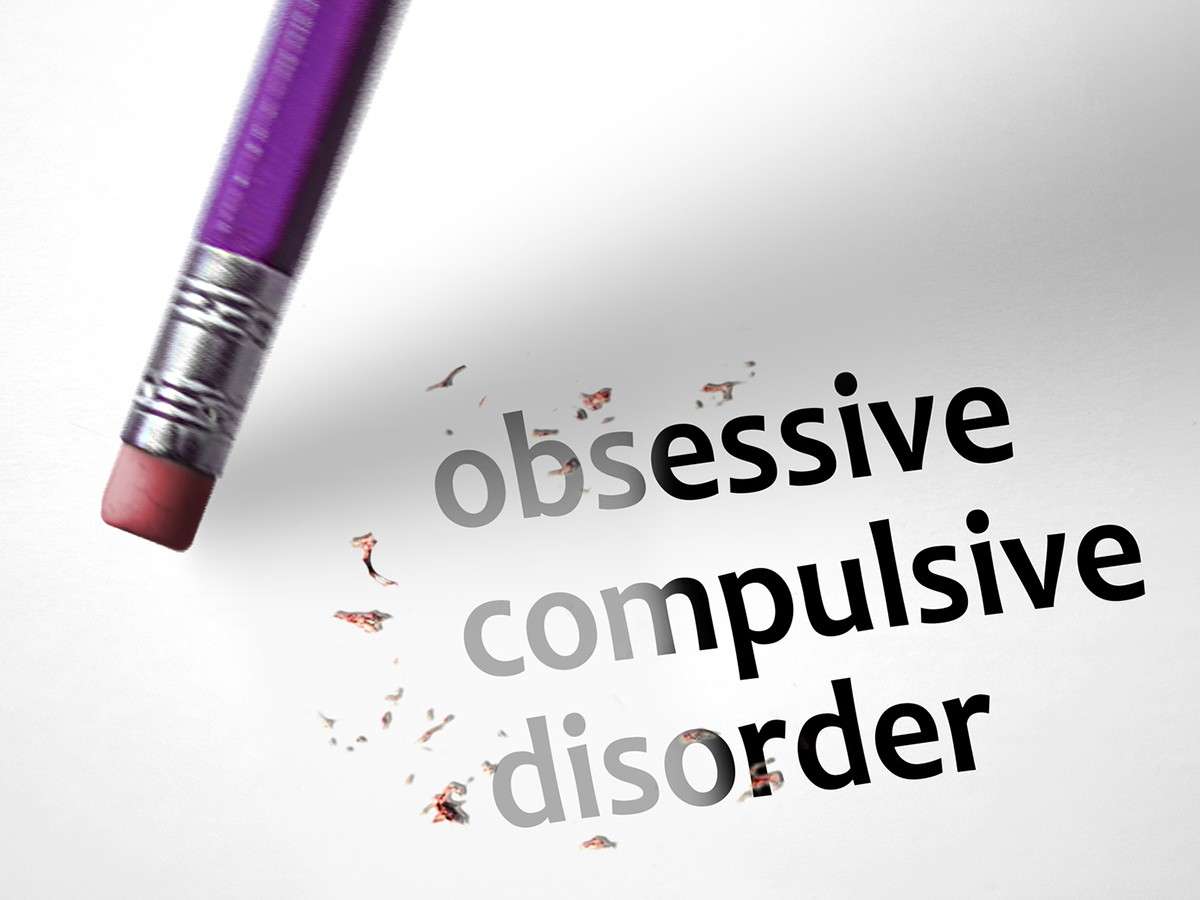 There are many causes of OCD, and it is likely that different causes contribute to different cases. OCD tends to run in families, which suggests that there may be a genetic component. However, no specific gene has been identified. Some of the causes are:

Sometimes there are specific genes that may make someone more likely to develop OCD, but it is not fully understood how these genes work. It can also be difficult to determine if OCD is caused by genes because the disorder often develops in adolescence or early adulthood, which is a time when people are going through many changes and growing into their adult selves.

There is evidence that people with OCD have different brain structures and functions than those without the disorder. These differences may be due to genetics or environmental factors. For example, some studies have that people with OCD have higher levels of a brain chemical called serotonin. Serotonin is involved in many different functions, including mood, anxiety, and sleep. It is not clear how exactly these differences in brain structure and function contribute to OCD, but they may play a role in the development and severity of the disorder. 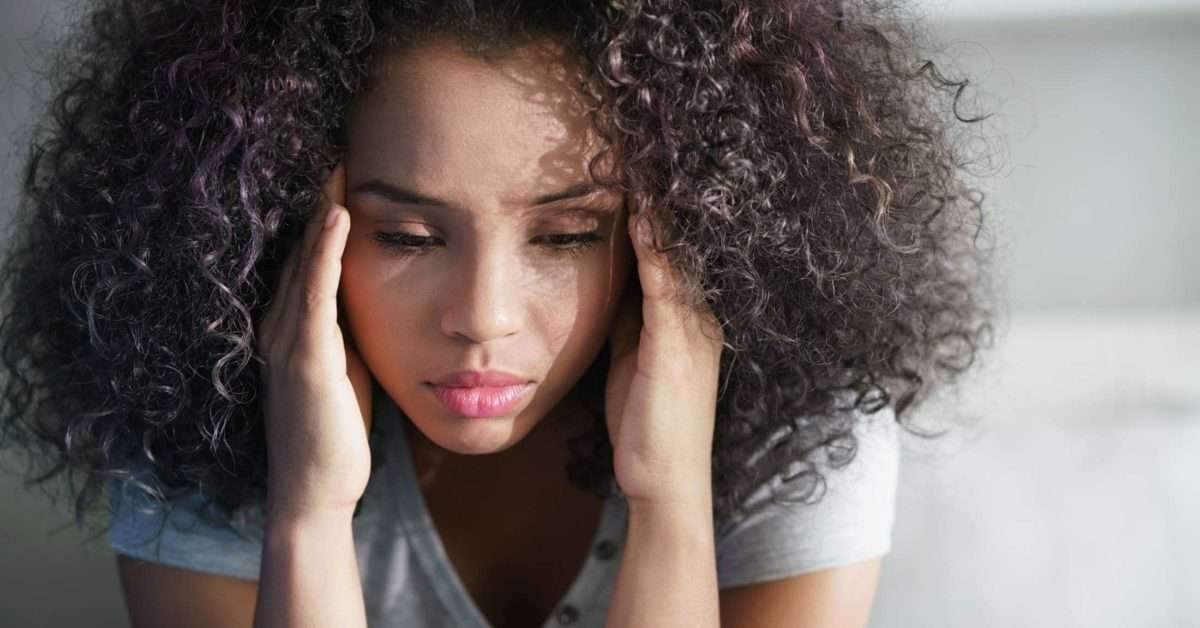 There are many negative impacts of OCD. For example:

Relationships are often difficult for those with OCD. This is because their compulsions and obsessions often take up a lot of time and energy, leaving little room for anything else. As a result, those with OCD may have trouble maintaining relationships due to their inability to focus on anything other than their disorder.

People with OCD often isolate themselves from others, as they feel embarrassed or ashamed of their disorder. They may also fear that people will judge them or think less of them if they knew about their condition. This can lead to a feeling of loneliness and isolation.

Many people with OCD also experience depression. This is likely due to the fact that OCD can be incredibly disabling and frustrating. Depression can make it difficult to cope with OCD and may make the symptoms worse.

Anxiety is another common symptom of OCD. This is because people with OCD are constantly worrying about their obsessions and compulsions. Anxiety can make it difficult to concentrate, which can make it hard to function in everyday life. It can also be exhausting and debilitating.

The diagnosis of OCD can be tricky. Many people with OCD do not seek treatment because they do not think anything is wrong with them. They may think their compulsions are normal or just a quirk.

To be diagnosed with OCD, a person must have obsessions and compulsions that take up at least one hour a day, cause significant distress, and interfere with daily functioning.

If the person does not have another condition that could be causing the symptoms, the mental health professional will likely diagnose OCD. 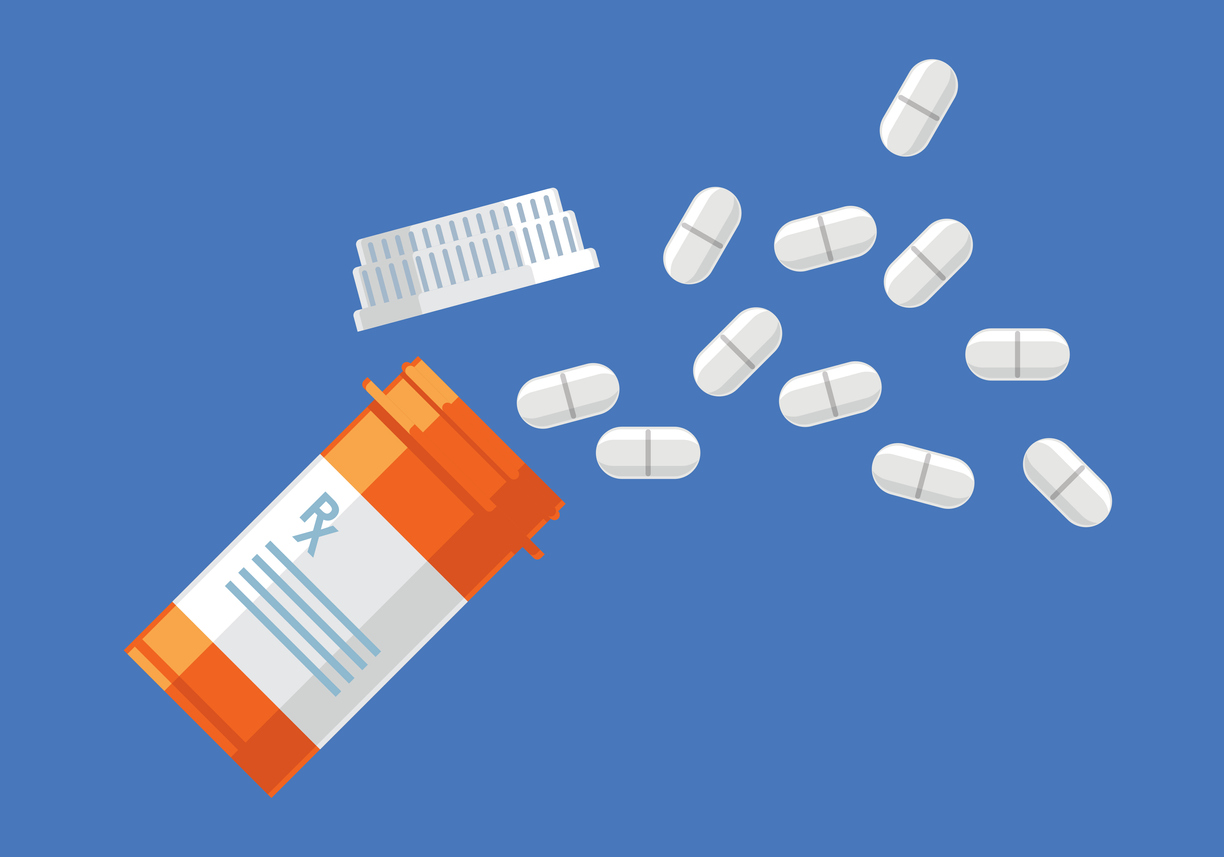 There is no one-size-fits-all treatment for OCD. The best treatment plan is tailored to the person’s individual needs.

Medications are one of the most common treatments for OCD. There are a few different types of medications that can be used to treat OCD.

The most commonly used type of medication is called a serotonin reuptake inhibitor (SSRI). SSRIs help increase the amount of serotonin in the brain. Serotonin is thought to play a role in OCD symptoms.

Some people may also need therapy in addition to medication. 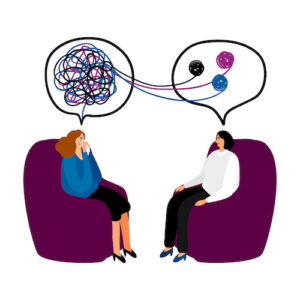 There are many different types of therapy that can be used to treat OCD. The most common type of therapy is cognitive-behavioral therapy (CBT). CBT helps change the thoughts and behaviors that contribute to OCD symptoms.

Other therapies that may be helpful include exposure and response prevention (ERP) and mindfulness-based therapy.

ERP is a type of CBT that helps people face their fears or obsessions head-on. Mindfulness-based therapy teaches people how to nonjudgmentally observe their thoughts and feelings without getting wrapped up in them.

Some people may also need psychiatric treatment, such as electroconvulsive therapy (ECT). ECT is a type of treatment used for severe cases of OCD that have not responded to other treatments.

There are some things you can do on your own to help manage OCD symptoms. Sometimes there are things that trigger OCD symptoms. Identifying these triggers and avoiding them can help reduce symptoms.

Another self-help strategy is called habit reversal training (HRT). HRT helps people replace their compulsions with different behavior. For example, if someone usually washes their hands multiple times a day, they may start wearing gloves instead.

Helping Someone With Obsessive-Compulsive Disorder 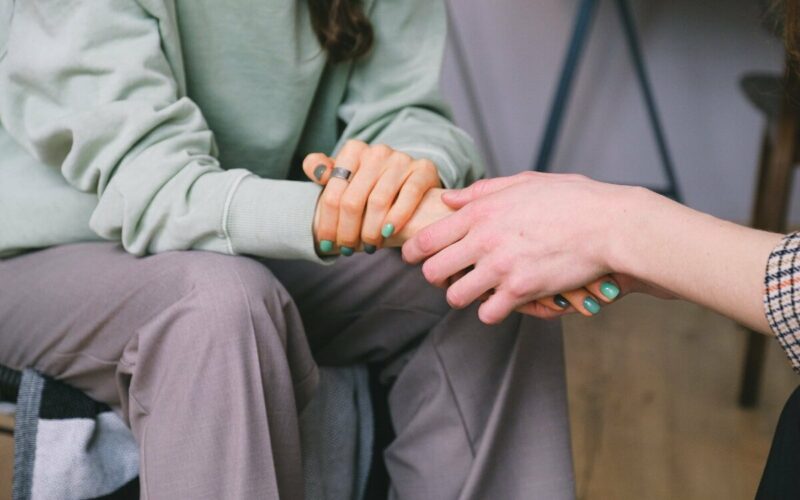 Helping someone with obsessive-compulsive disorder means that you understand their need for routine and order. It can be difficult to help someone with OCD because you might not understand why they are fixated on certain things or behaviors. The best way to help is to be supportive and understanding. You should also avoid trying to change the person’s behavior, as this could make the OCD worse.

If you think someone you know has OCD, the best thing you can do is talk to them about it. This will help them feel more comfortable discussing their disorder and seeking treatment. You can also offer to help them with their compulsions, such as by doing laundry for them or keeping their house clean. Remember, however, that ultimately it is up to the person with OCD to decide whether or not to seek treatment.

Obsessive-Compulsive Disorder is a serious mental illness that can significantly interfere with a person’s life. If you think you might have OCD, it’s important to seek professional help. Treatment for OCD generally includes some combination of medication and cognitive-behavioral therapy. With treatment, most people with OCD can find significant relief from their symptoms.

If you or someone you know has OCD, there are many resources available to help. You can also contact us for more information or support.