What Is Mixed Bipolar Disorder? 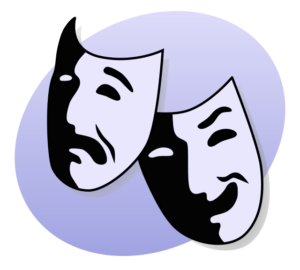 Mixed bipolar disorder is a type of bipolar disorder that is characterized by both manic and depressive episodes. This can make it difficult to diagnose and treat, as the symptoms may mimic other mental health conditions.

Mixed bipolar disorder is thought to be relatively rare, occurring in about 1-2% of the population. However, this estimate may be skewed as the condition can often be misdiagnosed. For example, someone who experiences a depressive episode may be diagnosed with major depression, while someone who experiences a manic episode may be diagnosed with bipolar I disorder.

Mixed bipolar disorder can be difficult to treat as the symptoms can vary greatly from person to person. Treatment typically involves a combination of medication and therapy. If you think you or a loved one may be struggling with mixed bipolar disorder, it’s important to reach out to a mental health professional for help.

What Are the Symptoms of Mixed Bipolar Disorder? 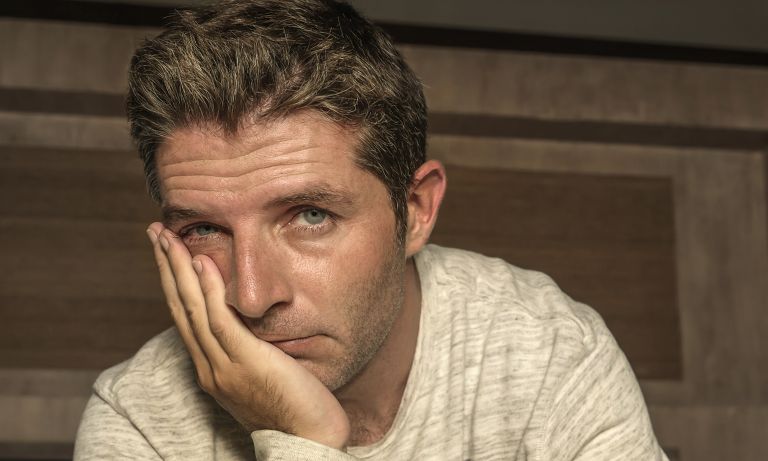 Manic episodes associated with mixed bipolar disorder can last for at least a week and can include symptoms such as:

One of the most common signs of a manic episode is feeling an unusual amount of energy. This can manifest as feeling wired or jittery, as well as feeling unusually irritable. Sometimes there may be many thoughts racing through your head, making it difficult to focus on any one thing.

During a manic episode, you may find that you need less sleep or that you can’t sleep at all. This can leave you feeling exhausted, which can make it difficult to concentrate or function during the day.

When in a manic state, you may act impulsively and take part in risky behaviors. This could include spending sprees, sexual promiscuity, or engaging in risky sports. You may also become more aggressive, picking fights with loved ones or strangers.

In some cases, people with mixed bipolar disorder may experience delusions or hallucinations. This can involve seeing or hearing things that aren’t there, or having false beliefs about oneself or the world around them.

One of the most common signs of a depressive episode is feeling persistently sad, empty, or hopeless. You may find that you’re not interested in activities that you used to enjoy and that you’re withdrawing from loved ones.

Loss of Appetite or Weight Loss/Gain

During a depressive episode, you may lose your appetite or find that you’re gaining or losing weight without trying. This weight loss or gain can be significant and may be a sign that something more serious is going on.

Feeling tired all the time is another common symptom of a depressive episode. This fatigue can make it difficult to concentrate, get out of bed, or take care of daily responsibilities. Sometimes people may also experience aches and pains that don’t have an apparent cause.

Just as with manic episodes, people with mixed bipolar disorder may also experience delusions or hallucinations during depressive episodes. These could involve seeing or hearing things that aren’t there, or having false beliefs about oneself or the world around them. 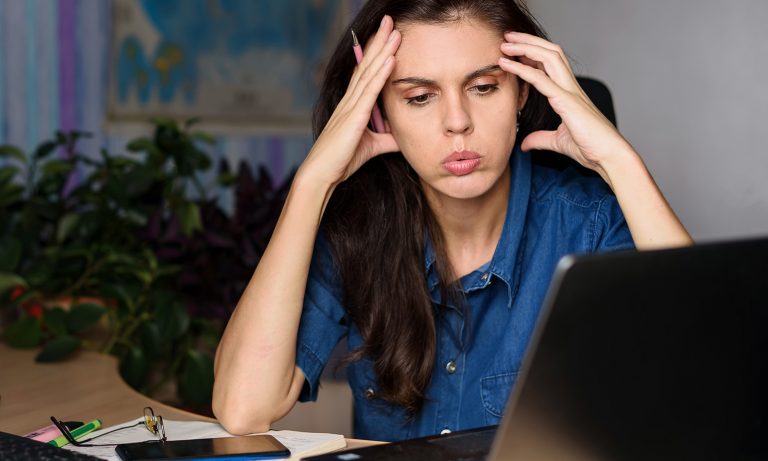 Some other causes of mixed bipolar disorder may include:

Some medical conditions can trigger mixed bipolar disorder, such as thyroid problems, sleep disorders, and certain types of infections.

Some of these medical conditions are:

One of the most common medical conditions that can trigger mixed bipolar disorder is an imbalance in the thyroid hormone. This can be caused by either an overactive or underactive thyroid gland.

Another common trigger for mixed bipolar disorder is a sleep disorder. This could be something as simple as not getting enough sleep or having insomnia. Sleep disorders can also include sleep apnea, which is when a person stops breathing for short periods during sleep.

Some infections can trigger mixed bipolar disorder, such as meningitis, encephalitis, and syphilis. These infections usually affect the brain, which can then lead to changes in mood and behavior.

Some of the most common substances that can trigger mixed bipolar disorder are:

Alcohol: Alcohol is a depressant, which means it can cause a person to feel down. However, it can also act as a stimulant, which can lead to mania.

Cocaine: Cocaine is a powerful stimulant that can cause a person to feel energetic and happy. However, it can also lead to paranoia and delusions.

Marijuana: Marijuana is a relaxant, which means it can help a person feel calm and relaxed. However, it can also lead to anxiety and paranoia.

Amphetamines: Amphetamines are stimulants that can cause a person to feel energetic and happy. However, they can also lead to paranoia and delusions.

An individual’s environment can also play a role in the development of the mixed bipolar disorder. This includes things like family relationships, work stress, and financial problems.

Some environmental factors that may trigger mixed bipolar disorder are:

Family Relationships: If a person has a family member with bipolar disorder, they are more likely to develop the condition themselves. This could be due to genetics or simply because they learn behaviors from their family members.

Work Stress: Job-related stress can be a trigger for mixed bipolar disorder. This is especially true if the person feels like they have no control over their work situation. Some of these work stressors could include long hours, unrealistic deadlines, and difficult bosses.

Financial Problems: Money problems can be a trigger for mixed bipolar disorder. This is because financial stress can lead to a lot of anxiety and worry. Some of these financial problems could include being in debt, not having enough money to pay bills, or losing a job.

Trauma: One other environmental factor that can trigger mixed bipolar disorder is trauma. This could be something as major as a car accident or the death of a loved one. It could also be something more minor, such as being the victim of bullying or abuse.

How Does Mixed Bipolar Affect Someone?

Affecting both the elated highs of mania and the lows of depression, mixed bipolar disorder is characterized by symptoms of both at the same time. This can make it hard to diagnose because the person experiences a range of emotions.

Some other impacts can be:

One of the most common places that mixed bipolar disorder presents itself is in the workplace. It can be difficult to concentrate and be productive when you’re dealing with such extreme changes in mood. You may find yourself calling in sick more often, or getting into conflict with co-workers. There may also be many changes in job performance.

Problems with Friends and Family

The symptoms of mixed bipolar disorder can also take a toll on personal relationships. The unpredictable nature of the condition can make it hard to maintain close friendships or intimate relationships. You may find yourself isolating yourself from others, which can lead to feelings of loneliness and isolation.

When someone is experiencing the lows of mixed bipolar disorder, they may turn to self-harm as a way to cope with the pain. This can include cutting, burning, or other forms of self-injury. If you’re struggling with self-harm, it’s important to get help from a mental health professional. Sometimes, people may also attempt suicide when they’re in a mixed bipolar state. 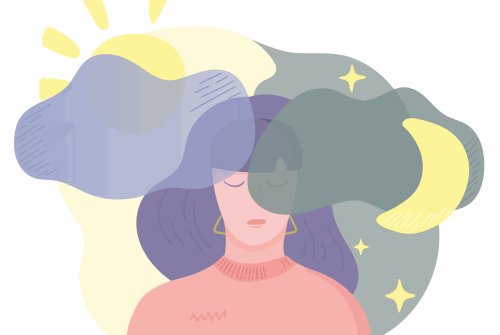 Treating mixed bipolar disorder can be tricky, as the symptoms are constantly changing. The most important thing is to keep a close eye on your symptoms and seek help from a mental health professional if necessary. If you are in a mixed state, it is important to stay away from drugs and alcohol, as they can worsen your condition.

Some of these treatment methods are:

Medications are one of the most common treatments for mixed bipolar disorder. They can help stabilize mood swings and prevent future episodes.

Some of these medications that can be used to treat mixed bipolar disorder include:

Family-focused therapy and psychoeducation are also important components of treatment. These types of therapies can help family members better understand the illness and how to support their loved one in recovery.

Other therapy options are:

Dialectical behavior therapy: This type of therapy can help teach people with mixed bipolar disorder how to deal with difficult emotions healthily.

Another important part of treatment for mixed bipolar disorder is self-care. This includes things like getting regular exercise, eating a healthy diet, and getting enough sleep.

It’s also important to find ways to reduce stress in your life. Some people find that relaxation techniques like yoga or meditation can be helpful. Others may prefer to read, listen to music, or spend time in nature.

Creating a support network of family and friends can also be beneficial. These people can provide emotional support and help you with day-to-day tasks when you’re feeling overwhelmed.

If you or someone you know is struggling with mixed bipolar disorder, there are many resources available to help. Also, please remember that you are not alone. Many people understand what you are going through and who want to help.