Bipolar disorder can be a difficult condition to live with. It is characterized by extreme mood swings, from high highs to low lows. This can make it hard for people with bipolar disorder to maintain healthy relationships, hold down a job, or even take care of themselves. In this blog post, we will discuss the symptoms of bipolar disorder and what you need to know in order to get help. 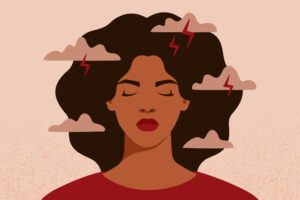 Bipolar disorder is a brain disorder that can be severe and debilitating. Bipolar disorder symptoms may include manic episodes, depressive episodes, or both. It’s important to note that if you are experiencing any of the warning signs of bipolar disorder, it doesn’t necessarily mean that you have the condition; only a qualified medical professional can make an accurate diagnosis after taking into account your family history as well as your personal symptoms and experiences.

Bipolar disorder symptoms may vary from one person to another, but there are some general patterns that tend to occur. These signs of bipolar disorder may include:

Sometimes bipolar disorder is referred to as a manic depression. There can be extreme mood swings in both directions: from overly happy and high energy to feeling very sad, hopeless, and low energy. This can be incredibly disruptive to everyday life. 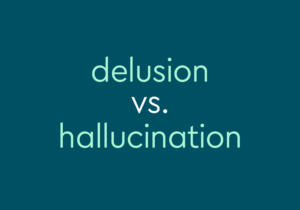 In some cases, people with bipolar disorder may experience hallucinations or delusions. This means that they see, hear, smell, feel, or taste things that aren’t there. These can be very disturbing and scary experiences. There are other disorders that can cause hallucinations and delusions, so it’s important to be evaluated by a medical professional if you are experiencing these symptoms.

When someone is in the throes of mania, they may feel like nothing bad will ever happen to them and therefore have no problem dropping all their responsibilities and obligations. Some people end up spending money irresponsibly or taking risks that they would otherwise never take without realizing what the consequences might be after things calm down. This can lead to very negative effects on personal relationships as well as financial problems.

People who are experiencing the signs of bipolar disorder may often be irritable for no reason at all. This can lead to fights with loved ones and other disruptions in relationships. Irritability is another bipolar disorder symptom that can also occur in other conditions, so it’s important to be evaluated by a medical professional. 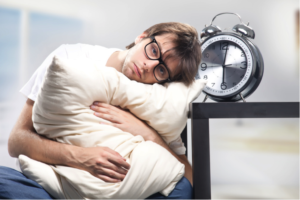 One of the more common bipolar depression symptoms is trouble sleeping. People with bipolar disorder may have insomnia or hypersomnia, which means either having problems falling asleep or staying asleep and/or sleeping for extended periods of time during the day without being able to rouse themselves.

When people are experiencing mania, they may speak very quickly and have racing thoughts that don’t seem to make sense when you listen back later on. This is another one of those signs of bipolar disorder that could be caused by something else as well, but if you experience this symptom it’s important to mention it to your doctor.

Depression is often characterized by a lack of energy, motivation, and interest in things that were once pleasurable. This can make it difficult to get out of bed in the morning, go to work or school, or take care of oneself.

People with bipolar disorder may also engage in self-harm behavior such as cutting or burning themselves. This is an unhealthy way to cope with intense emotions and should be addressed with professional help.

There can be a significant risk of suicide for people with bipolar disorder. Sometimes there will be a plan or even an attempt at suicide, but sometimes this happens without any warning signs. It’s important to take suicidal thoughts seriously and seek help immediately if you have them.

It can be difficult to focus on tasks when you are feeling symptomatic of bipolar disorder. You may have trouble remembering things or staying on track while completing a project.

Sometimes people with bipolar disorder may neglect their personal hygiene. They may also forget to take medications, eat regularly, or drink enough water. There can be a lot of consequences to these habits, so it’s important to try and stay on track.

Some people with bipolar disorder may experience an eating disorder such as bulimia or anorexia where they have a distorted perception of their actual body image. This can be extremely dangerous for your health and your life, so if you think this might apply to you please seek help from someone who knows how best to treat this problem safely and effectively like a therapist or psychiatrist.

Individuals with bipolar disorder often feel restless and have a hard time sitting still for any length of time. They may constantly fidget or pace around the room. It can also be difficult to go out in public because you may feel like everyone is watching what you’re doing or talking about it behind your back.

One sign of mania is having grandiose thoughts—thinking that you are better than everyone else, that you have special powers or talents, or that you are on a higher level than others. Mania can also cause an increase in risky behavior such as spending sprees or drug use.

In addition to these symptoms, people with bipolar disorder may experience depression at times. Common signs of depression include:

Sadness and hopelessness—a feeling like nothing will ever get better again; this can be severe enough that you start having suicidal thoughts or feelings. It’s important not to ignore these thoughts because they could lead down a dangerous path if left unchecked! You should talk with someone immediately about any negative feelings before things escalate too far past being manageable on your own. 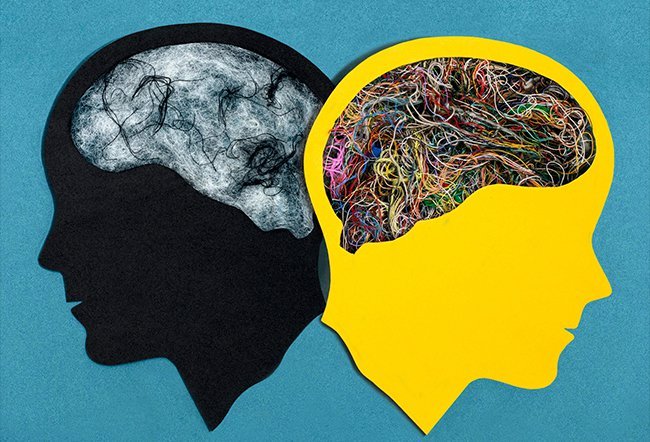 There are many negative impacts of bipolar disorder symptoms. Some of these impacts can include:

Some people with bipolar disorder symptoms find it difficult to manage finances and may even spend more money than they should on things that are not important. This can also lead to financial problems for the family as well.

Difficulty Getting Along With Others

It is difficult for people who suffer from bipolar disorder to get along well with others as they have difficulty managing their emotions and thoughts. They may often feel like they are being judged by others too harshly or worse still, that other people don’t understand them at all! Sometimes this lack of understanding results in isolation which only exacerbates an already stressful situation – leading back into another episode of depression.

Many patients find that their academic performance suffers due to the symptoms associated with BPD (bipolar disorder). Some individuals even experience difficulty at work where they become less productive than usual and may even lose their jobs. Sometimes patients will quit school altogether because they feel like everyone around them is against them or doesn’t care about what happens to them any longer.

How To Treat Bipolar Disorder Symptoms? 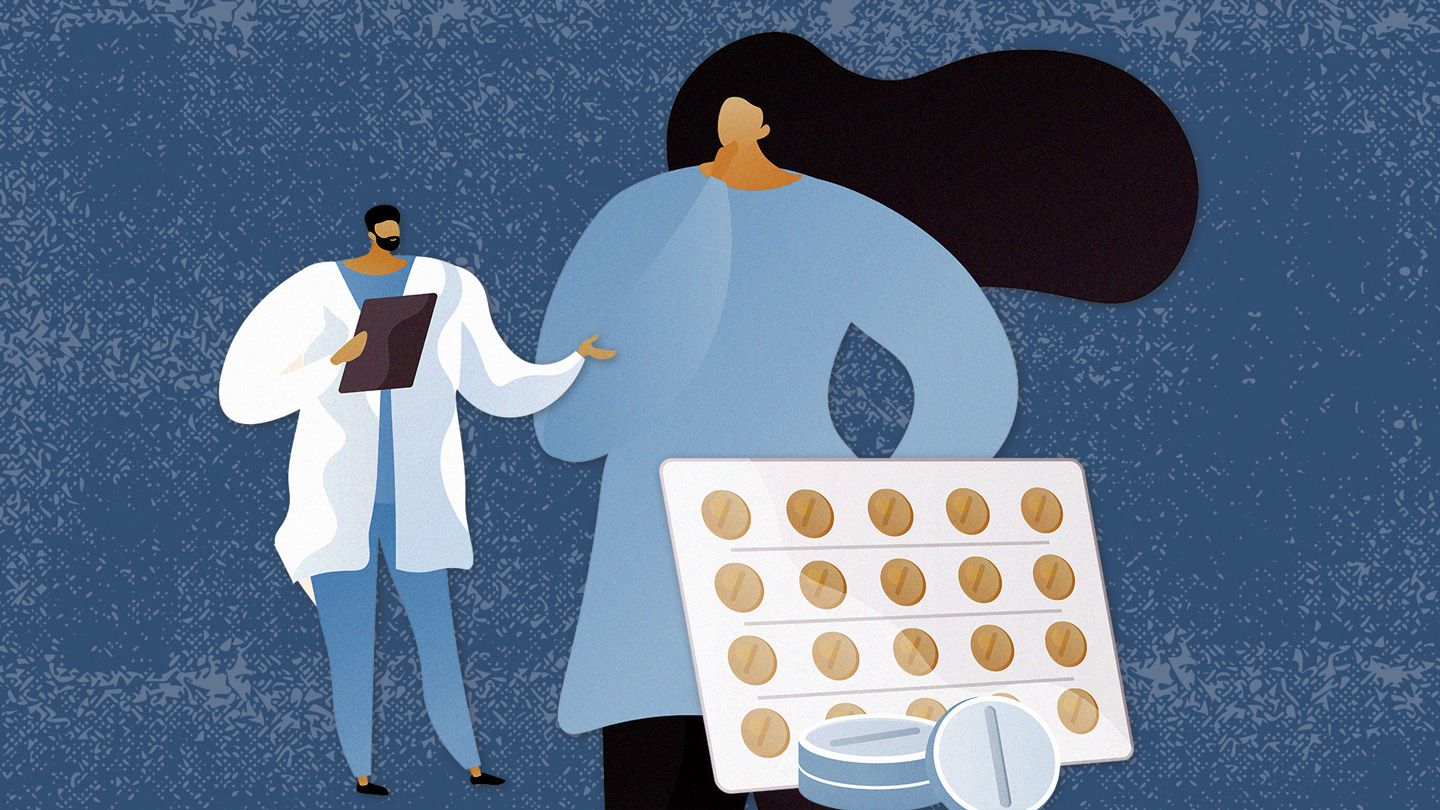 There are many ways to treat bipolar disorder symptoms. Some of the most common are:

Psychotherapists help patients understand their feelings and behaviors so they can gain control over them again. They also teach skills that will enable them to cope better with stressful situations in life like relationships or job changes etc. There are many different types of psychotherapy, including cognitive-behavioral therapy (CBT), interpersonal and social rhythm therapy, family-focused treatment, and psychoeducation.

Electroconvulsive therapy or ECT is an effective treatment for bipolar disorder symptoms in some people. It works by sending electrical pulses through the brain to produce a seizure that temporarily disables certain areas of the brain. These are thought to be involved in depression. The procedure requires anesthesia so patients do not feel any pain during it; however, they may experience memory loss afterward.

People can take steps on their own to reduce stress levels and improve sleep quality at home such as exercising regularly or getting enough rest every night etcetera…. This helps with controlling mood swings and other bipolar disorder symptoms.

This treatment uses electrical stimulation to create a seizure in the brain. ECT is usually used if other treatments have not worked or when there are life-threatening symptoms such as suicidal thoughts or attempts at suicide

This type of treatment involves stimulating certain areas of the brain by passing an electric current through coils placed on your head. It may be used to treat depression, anxiety disorders, and obsessive-compulsive disorder among others. There can be some side effects associated with TMS, such as headache and scalp pain.

Sometimes there are feelings of loneliness and isolation when you have bipolar disorder. Support groups can help people with this condition connect to others who have similar experiences. This is so they don’t feel alone in their struggles. There are many different types of support groups available, including those on social media where members post about their daily lives as well as any problems they might be having at work or school, etc.

Bipolar disorder is a serious mental illness that can cause significant problems in your life. However, it is treatable with therapy and medication. If you suspect that you or someone you know has bipolar disorder, talk to a doctor about getting a diagnosis and treatment plan. There are many resources available to help you manage bipolar disorder, so don’t hesitate to ask for help.