Self-harm is a term used to describe any form of deliberate harm inflicted on oneself. It is usually a way to cope with difficult emotions or situations. While self-harm may seem like an extreme way to deal with problems, it is quite common. In this article, we will explore the concept of self-harm in detail. We will discuss the symptoms, tips for coping, and various treatment options available. We will also hear from experts on the topic of self-harm. 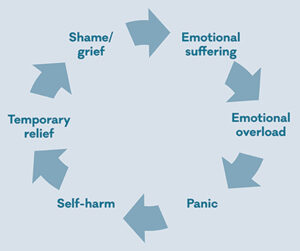 Self-harm refers to the act of inflicting deliberate injury on oneself as a way to cope with overwhelming emotions or situations. In some cases, it can be used as a form of punishment for real or perceived wrongs committed by oneself or others.

Self-harm is a difficult topic for many people because it seems like an act of violence against oneself. However, it is important to understand that self-harm can be a coping mechanism for those who are struggling with emotional pain or trauma.

The exact number of people who engage in self-harm is unknown because many cases go unreported. However, studies suggest that around one percent of adolescents have engaged in some form of self-harming behavior at least once during their lifetime. 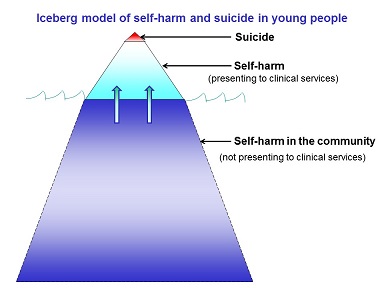 It is important to note that self-harm is not the same thing as suicide. However, people who engage in self-harm are at a higher risk for suicide. This is because self-harm can be an indicator that someone is experiencing intense emotional pain. If you are worried about someone’s safety, it is important to reach out to a professional for help.

Forms of Self Injury 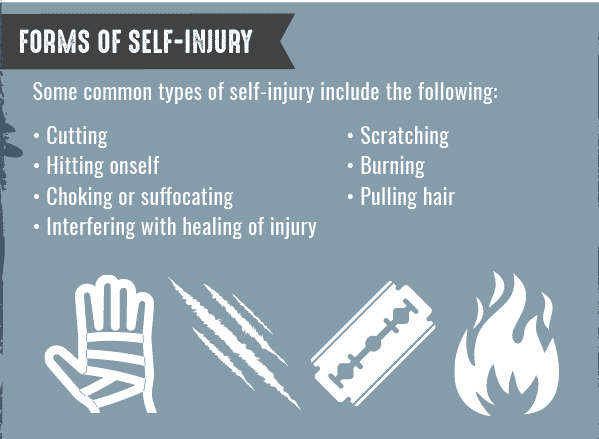 There are many different types of self-harm. The most common forms include:

Cutting and scratching: This is the most common type of self-harm. People who engage in this behavior usually use sharp objects to cut or scratch their skin.

Burning: Burning oneself is another fairly common form of self-harm. People may use lit cigarettes, candles, lighters, or hot objects to inflict burns.

Hitting oneself: Some people engage in self-harm by punching themselves or hitting their heads against a wall. This can cause bruising and broken bones.

Inserting objects under the skin: In some cases, people will insert sharp objects such as pens, pencils, or needles under the skin as a form of self-harm.

Pulling out hair: Another common form of self-harm is pulling one’s hair. It can result in bald patches and other disfiguring effects.

Biting oneself: Some people bite their flesh as a form of self-harm. This can cause scars or even infection if done frequently over time.

Other forms of self-harm include:

Behavioral changes: People who are self-harming may become more secretive and isolate themselves from friends and family. They may also start using drugs or alcohol to cope with their emotions.

Emotional changes: People who are self-harming often feel intense guilt, shame, and sadness. They may also feel numbness or emptiness.

There is no one answer to this question. People engage in self-harm for many different reasons. Some common reasons include:

Cope with difficult emotions: Many people find that self-harming provides a sense of relief from intense feelings such as sadness, anger, or anxiety.

Express feelings: Some people find it difficult to express their feelings verbally. They may use self-harm as a way to communicate those feelings to others.

Feel alive: For some people, self-harm is a way of feeling something when they otherwise feel numb or empty.

Punish oneself: Some people feel like they deserve to be punished and self-harm is one way of carrying out that punishment.

Gain control: For some people, self-harm provides a sense of control over their life and their emotions.

Sizing Up Self Harm Policies

Self-injury is a serious problem that can lead to death if left untreated. It’s important for schools, families, and other organizations to have policies that address this issue so we can prevent it from happening and help those who are struggling.

There is no one-size-fits-all answer to this question, as the content of a self-harm policy will vary depending on the organization or school. However, some general ideas for what could be included are:

While it’s impossible to completely prevent all instances of self-harm, having a well-crafted policy can help reduce their occurrence and provide support for those who are struggling.

Mental health facilities often have policies regarding the use of sharp objects and other things that could be used for self-harm, such as shoelaces or belts. Some facilities prohibit items altogether while others restrict their use in certain areas only (such as inpatient units). However, there are no specific regulations on private areas like bathrooms.

In Schools And Colleges

Schools have a variety of policies regarding self-harm. Some schools may allow the use of sharp objects such as pencils, pens, or scissors without supervision by teachers or peers who are trained to recognize and respond appropriately should they see someone having tendencies towards self-harming behaviors. Other schools ban all items that could potentially cause harm, even those with blunt edges. Still, other schools do not have any policy on self-harm at all.

With Friends and Family Members

Friends and family members can help prevent self-harm by being aware of the warning signs, such as cuts on someone’s arms or legs with no explanation for how they got there. Asking questions about unusual marks may seem intrusive, but it could save a life. If you are concerned that someone you know is engaging in self-harm behaviors, the best thing to do is talk to them about it. Let them know that you’re there for them and want to help however you can.

Employers have different policies on self-harm in the workplace. Some may allow employees to carry sharp objects such as pens or scissors while others ban all items that could be used for self-harm, including pencils and paper clips. Still, other employers do not have any policy at all regarding self-harm.

When an employee self-harms on the job, it can result in significant costs for an employer. The most immediate cost is medical expenses related to treating injuries sustained during their act of self-harm – but there are other consequences as well.

Employees who self-harm may also threaten to harm others at work and this can lead to a loss of productivity, increased stress for employees. Employees may feel unsafe coming into an environment where there’s been an act of violence committed by one of their colleagues.

NOTE: The problem with most self-harm policies is that they are reactive in nature. That is, they deal with the aftermath of an employee’s actions rather than taking steps to prevent them from happening in the first place. 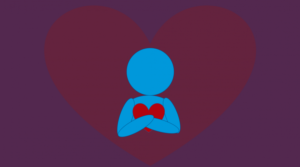 There are many different ways that you can cope with self-harm tendencies. Some general tips include:

Practicing relaxation techniques: It can be helpful to practice breathing exercises or meditation when you are feeling particularly distressed. This will help give your mind a break from whatever is causing you stress so that it has time to relax and recover.

If the above tips don’t seem to be helping, it may be time to talk with a professional about your feelings and why you harm yourself. A therapist can help you find better ways to deal with your emotions and learn new coping skills. So that you don’t have the urge to self-harm anymore.

There are many different treatment options for those who engage in self-harm. It’s important to talk with a doctor or therapist about which one would be best for you based on why you self-harm, how often you do it, and what other symptoms you’re experiencing.

Support groups: In addition to individual therapy, joining a support group for people who harm themselves can be very helpful. This is a place where you can share your experiences with others who understand what you’re going through and learn new ways to cope.

Medication: In some cases, medication may be prescribed to help with symptoms like anxiety or depression that may be contributing to your self-harm.

Hospitalization: If you are in immediate danger of hurting yourself, you must seek emergency medical attention right away.

There are a few different types of medication that can be helpful for those who engage in self-harm.

Supporting Someone Having Self-harm Tendencies

If someone close to you is having self-harm tendencies, it can be difficult to know what to do. You may feel scared, worried, or helpless.

The most important thing you can do is offer your support and love. Let them know that you care about them and want to help them however you can. You may also want to:

There is still some debate among experts about whether self-harm should be considered a mental health disorder or not. Some experts believe that it should be classified as a disorder, while others think it’s better categorized as an impulse control problem or addiction. However, the majority of experts agree that self-harm is a serious problem that should be addressed as soon as possible.

According to Dr. Erika Fromm, “Self-harm behavior is an attempt to regulate the experience of intense emotions and sensations through body contact” (Fromm 1997). Self-harm can be a way to feel in control of something when everything else feels out of control.

There is still much that we don’t know about self-harm, including the brain activity that occurs during this behavior. However, recent studies have shown that there is a difference in the brains of those who self-harm and those who do not. These differences may help explain why some people engage in this behavior while others do not.

For example, one study found that when viewing an image of a sharp object (like scissors), the part of the brain responsible for controlling impulses was more active in those with a history of self-harm.

One study found that areas of the brain associated with pain became less active and more able to tolerate pain as time went on after engaging in self-injurious behavior. This suggests that there may be some type of reward or relief that people feel after harming themselves.

To better understand self-harm, let’s take a look at one specific case study.

Michelle is a 20-year-old woman who has been engaging in self-harm for the past two years. She started by cutting her arms and legs with a razor blade. Then, she began burning herself on hot surfaces like the stovetop or ironing board coverings. Finally, she started hitting herself in the head and face until her skin broke open.

Michelle says that when she first started harming herself it was because she wanted to feel something other than numbness (Bishop et al. 2009). She felt like she was in control of the pain and it made her feel alive. However, over time the self-harm became an addiction and she found herself doing it even when she didn’t want to.

Self-harm is a serious problem that should be addressed as soon as possible. There are many ways to treat this issue including medication and psychotherapy. If you or someone you know is engaging in this behavior, it’s important to seek help from a trained professional who can provide effective treatment options.