Schizophrenia is a mental disorder that affects how a person thinks, feels, and behaves. It can cause hallucinations and delusions, which are two of the most common symptoms. In this blog post, we will discuss what hallucinations and delusions are, as well as some of the other symptoms of schizophrenia. We will also provide information about treatment options for those who are affected by this condition.

What Are Hallucinations And Delusions? 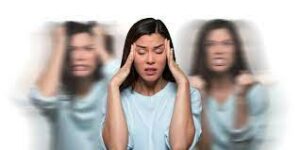 This is more often than not the first question asked by those who are looking to learn more about schizophrenia. Simply put, hallucinations are sensory perceptions that occur in the absence of an external stimulus. This can manifest as seeing or hearing things that aren’t there, or feeling something that isn’t real.

Delusions, on the other hand, are false beliefs that a person firmly believes despite evidence to the contrary. For example, someone with schizophrenia may believe that they’re being followed by the FBI even though there’s no evidence to support this claim.

Both hallucinations and delusions can be incredibly disruptive and frightening for those who experience them. It’s important to understand that they are symptoms of schizophrenia and not a reflection of who you are as a person.

More often, auditory hallucinations are experienced as voices. The person may hear one or more voices talking to them, commenting on their actions, or giving them orders. The voices can be male or female, friendly or threatening, and may come from inside or outside of the person’s head.

In this, the person with schizophrenia smells things that aren’t there. This might be a bad smell, a nice smell, or something completely random. Also, it does not just smell that can be smelled, but also tastes and textures.

Tactile hallucinations generally refer to feeling things that aren’t there. This can be a range of sensations, like something crawling on your skin, someone touching you, or something being inside your body.

Moreover, with these hallucinations in schizophrenia, they can be accompanied by intense emotions. For example, if someone with schizophrenia sees a scary visual hallucination, they may feel scared or panicked. 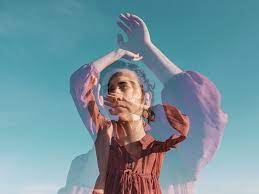 Delusions are another common symptom of schizophrenia. It is believed to occur in approximately 60-0% of cases. A delusion is a false belief that is firmly held even though it is not based in reality. People with schizophrenia may have delusions about anything, including the following:

This is when a person believes that someone is out to get them or that they are being followed. Generally, paranoia is accompanied by other symptoms such as hallucinations.

People with schizophrenia may become convinced that their partner is cheating on them or that they are being cheated on. This can lead to extreme behaviors, such as checking their partner’s phone or email constantly or following them around.

These delusions involve a person believing that they are extremely important or powerful. They may think they are a famous singer or actor, for example, or have special powers.

These delusions involve a person believing that they have a physical illness or defect, even though there is no evidence to support this belief. Common somatic delusions include thinking that one has cancer or AIDS, for example.

In this, a person believes that life is meaningless and that everything is pointless. They may feel that they are in a dream or that they are not really alive.

The types of delusions that a person with schizophrenia experiences can vary greatly from one person to another. Some people may have only one type of delusion, while others may experience several different types.

Other Symptoms Of Schizophrenia Disorder 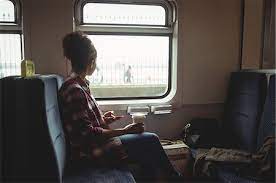 There are some other common symptoms of schizophrenia disorder that you should be aware of. These can include;

It is also not uncommon for people with schizophrenia to experience physical health problems such as;

If you are experiencing any of these symptoms or think that you may have schizophrenia disorder, it is important to seek professional help. Treatment for schizophrenia typically involves a combination of medication and therapy, which can help people manage their symptoms and live fulfilling lives. With the right treatment plan in place, most people with schizophrenia can lead happy and productive lives.

How To Deal With Hallucinations and Delusions? 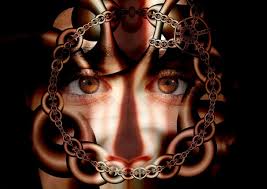 Dealing with hallucinations and delusions is one of the most difficult aspects of living with schizophrenia.

“Hallucinations are seeing, hearing, feeling, smelling, or tasting something that is not there.”

“Delusions are false beliefs that are firmly held even though they are not based in reality.”

And, both can be extremely disruptive and frightening. So, it is important to learn how to deal with them. There are various types of help and support available. So, here are some tips to deal with hallucinations and delusions in the best effective way.

Tips To Deal With Hallucinations And Delusions

Talk to someone you trust

It refers to talking to somebody about what you are experiencing whether it is a friend, family member, therapist, or any other support system. This will help you process the experience and also get some relief. Eventually, family members and the people close to you will start noticing the changes in your behavior and they might be able to provide some support.

It is important to try and stay connected to reality as much as possible. This means doing things that keep you grounded such as keeping a routine, staying around people, participating in activities, etc. This can be difficult but it is very important. Because it makes us realize that the hallucinations and delusions are not real.

Many people with schizophrenia tend to stigmatize themselves. They start thinking that there is something wrong with them and that they are bad people. This is not true. Schizophrenia is a mental illness and it should not be used to define who you are as a person. You need to discover your strengths and weaknesses and work on them.

Make sure to stay safe 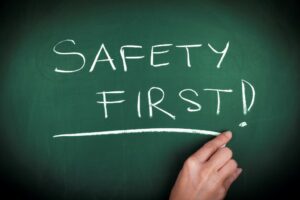 Hallucinations and delusions can sometimes be so intense that they can lead to unsafe situations. Make sure to stay safe by removing yourself from any potentially harmful situations. Staying safe is often the top priority. And, it is necessary when you are experiencing these symptoms. However, hallucinations and delusions should not be seen as a reason to isolate yourself from the people around you.

Avoid any type of substance abuse

Substance abuse can aggravate the symptoms of schizophrenia and make it difficult to deal with hallucinations and delusions. It includes the substance abuse of drugs and alcohol. So, it is important to stay away from any type of substance abuse. And, these abuses are the biggest reason for people with schizophrenia not following their treatment plan.

Get plenty of rest and eat a balanced diet 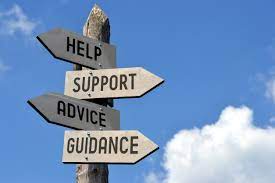 If the hallucinations and delusions are proving to be too much to handle, then it is best to seek professional help. There are various treatments available that can help you manage the condition better. Such treatments in professional help include; therapy, support groups, and medication.

Therapies are the foremost important treatment that is available for schizophrenia. It helps to deal with the symptoms and also understand them better. There are different types of therapies such as cognitive-behavioral therapy, family-focused therapy, and social skills training. The very prominent benefit of therapies is – that it helps to reduce relapse rates and have rarely any side effects.

Support groups are also a great way to connect with other people who are going through the same thing as you. It can provide a lot of support and be helpful in dealing with hallucinations and delusions. In this, you can share and learn from the experiences of others.

Medications are also an important part of schizophrenia treatment but are considered a last resort. This is because medications have a lot of side effects and can be addictive. But, if the person finds that the hallucinations and delusions are too difficult to manage, then medications might be necessary. There are different types of medications that help to deal with the symptoms in different ways. However, it is important to find the medication that works best for you.

This is the last but the most important thing that you should remember. No matter what the situation is, always try to stay positive. This will help you to cope with the hallucinations and delusions in a better way. Hallucinations and delusions in schizophrenia are not the ends of the world. You can still lead a normal and happy life. Just remember to take things one step at a time and don’t try to do everything at once.

If you or someone you know is experiencing hallucinations and delusions. These tips can be very helpful in managing the condition. Remember to stay positive, seek professional help if necessary, and identify any trigger factors. With these things in mind, it will be much easier to manage schizophrenia.

To conclude, hallucinations and delusions are two of the most common symptoms of schizophrenia. It is important to be aware of these symptoms and what they may mean in order to get proper treatment. However, there are other symptoms of schizophrenia that should also be taken into account. If you or someone you know is experiencing any of these symptoms, it is important to seek help from a doctor.

Also, always keep in mind that mental disorders are just that – disorders. They are not character flaws or weaknesses, in fact, they are medical conditions. And, it should be rightly noted that schizophrenia is one of the most severe mental disorders. So, please do not hesitate to get help if you feel like you are struggling with this condition.

Thank you for reading! I hope this information was helpful.