Do you sometimes feel like a cold-hearted killer? Like you could take someone’s life without a second thought? You may think that you’re just tough, or that you have a high threshold for pain. But what if I told you that you might be a psychopath? Don’t worry, not everyone who meets the criteria is a serial killer! In this blog post, we will discuss the signs of psychopathy and how to determine whether or not you are a psychopath through a psychopathy test. Stay tuned, it’s going to be an interesting ride. 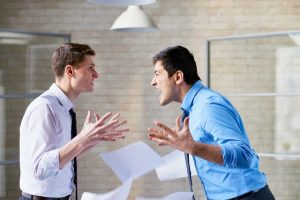 Psychopathy is traditionally a personality disorder characterized by persistent antisocial behavior, impaired empathy and remorse, and boldness. It is sometimes considered synonymous with sociopathy.

Different conceptions of psychopathy have been used throughout history that is only partly overlapping and may sometimes be contradictory.

This article deals with a medical definition of psychopathy, and some aspects of the disorder may be more clear-cut than others.

On the other hand, many people have trouble understanding what is meant by “impaired empathy” or “antisocial behavior”. So we’ve created this little test that you can take to see if you’re a psychopath!

There are many signs of psychopathy, but we’ve narrowed it down to six. If you find yourself nodding your head in agreement with any of the following statements, there’s a good chance you’re a psychopath…

There are many causes of psychopathy, but one of the most common is exposure to abuse or violence in childhood.

Other causes can include:

Some scientists believe that psychopaths inherit the genes of their parents and grandparents, which is why they may have a family history of antisocial behavior. People with this theory also believe tha your personality can change over time as your brain changes in response to your environment.

This theory suggests that psychopaths are created due to factors in their environment, such as being abused or neglected as a child. This can lead to them having problems with attachment, anger management, and empathy.

This cause of psychopathy is caused by genetics and it has been found that families with a history of mental health problems such as depression, bipolar disorder, or schizophrenia are more likely than others to have children who exhibit psychopathic behavior.

How To Diagnose Psychopathy?

There are many ways to diagnose psychopathy, but one of the most common is a diagnostic interview.

Sometimes a mental health professional will use a clinical interview to diagnose psychopathy. This is where they ask you questions about your thoughts, feelings, and behavior.

There are also self-report measures that can be used to diagnose psychopathology. These are questionnaires that ask you about your thoughts, feelings, and behaviors. One example of this is the Psychopathic Personality Inventory (PPI).

This is a test that you can take to see if you are a psychopath. It is not diagnostic, but it can give you an idea of how well you match the symptoms of psychopathy.

Some people use self-tests to help them understand why they may have problems with things like anger management or empathy.

What Is Psychopath Test?

Psychopathy Test is a self-test that will help you to see if you are a psychopath. This test is not diagnostic, but it can give you an idea of how well you match the symptoms of psychopathy.

This test consists of questions that ask about different aspects of psychopathology. If you find yourself nodding your head in agreement with any of the following statements, there’s a good chance you’re a psychopath!

This also includes a quiz that you can take to see how well you match the symptoms of psychopathy. If you are concerned about your mental health, please consult with a mental health professional.

This is one of the most common ways to diagnose Psychopathy. It is a self-report measure that asks you about your thoughts, feelings, and behaviors.

Some of these questions are:

It is extremely rare for someone to be a psychopath with a low score. If any person gets under 20 on this testing system it means they are not a psychopath at all. This does not mean that people who do have scores on the lower end cannot be dangerous or violent though.

It is also important to know that these tests, like any other psychological test, can be given and interpreted incorrectly. This means that someone who is not a psychopath may be incorrectly diagnosed as one if they do not answer the questions in the way that most people do when taking this test.

There are many benefits of Psychopathy self-tests such as:

This type of psychopathy test makes it easier for the therapist to treat the patient. This is because there are no risks for false negative or positive results, unlike in other methods of diagnosis.

This type of psychopathy test is more accurate compared with other tests that focus on personality traits or behavior patterns too much without considering actual brain function. It can also be used alongside other medical tests. The results will show if you have any mental health problems at all and if so how severe they are.

The main benefit of this psychopathic self-test is that since the test can be conducted anywhere, anytime it is convenient for the patient. The patient doesn’t need to go to a doctor’s office or clinic in order to take any test. This allows them to get information about their personality at any time.

Psychopathy is a mental disorder that can be identified through certain signs. It’s not an easy task to detect the condition as they try to hide their true nature. This is where psychopathy tests come into play. They are conducted mainly for criminal diagnostic purposes but this doesn’t make them less accurate when it comes to self-assessment.