A narcissistic psychopath is a type of personality disorder that exhibits traits of both narcissism and psychopathy. These individuals are often very destructive to the people around them. They are usually unable to feel empathy or guilt, and they have no problem manipulating others for their gain.

Certain personality types are more prone to be narcissistic psychopaths: 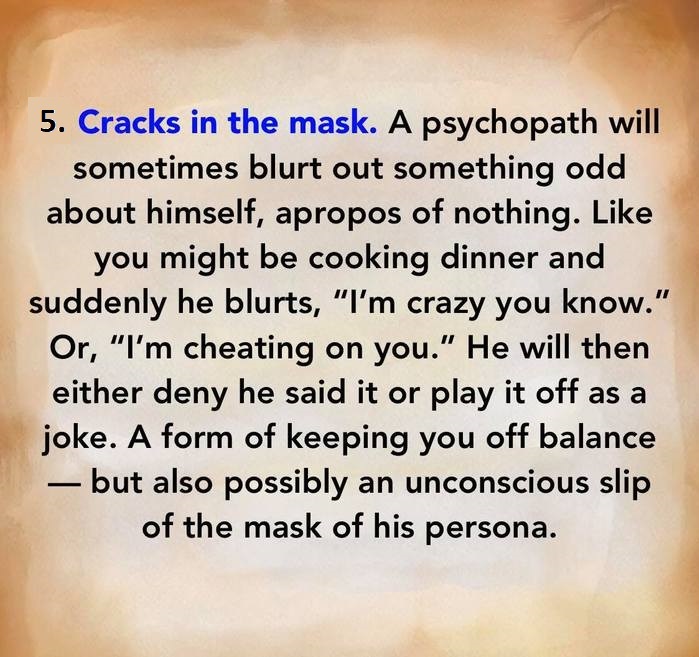 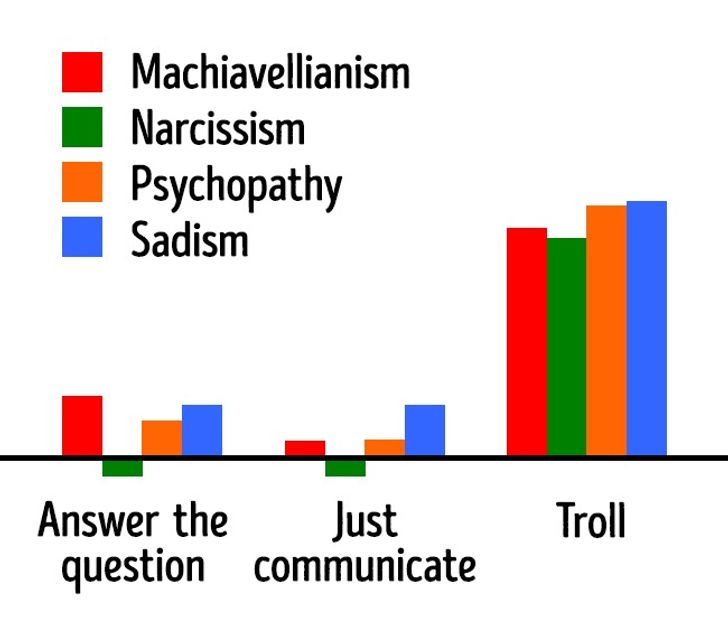 Narcissistic psychopaths often have an inflated sense of self-worth. They believe that they are superior to others and deserve special treatment.

Example: A narcissist may feel entitled to be at the front of every line because they think they deserve special treatment.

Narcissistic psychopaths are often unable to feel empathy or guilt. They can be very cold and calculating, and they have no problem exploiting others for their gain.

Example: A narcissistic psychopath may feel no remorse after cheating on their partner.

Narcissistic psychopaths often feel entitled to certain things. And they believe that others should give them whatever they want.

Example: A narcissistic psychopath may walk out on a bill at a restaurant because they think their friends will pay for them.

Narcissistic psychopaths are often very manipulative. They can be extremely convincing when they want something, and they will often use other people to get what they want.

Example: A narcissistic psychopath may try to get their friends to do their homework for them.

Narcissistic psychopaths often have a history of pathological lying. They will often make up extravagant stories about themselves to make themselves look good.

Example: A narcissistic psychopath may claim that they are a model when they are unemployed.

Demand Admiration From Others

Narcissistic psychopaths often expect constant praise and admiration from those around them. If they don’t receive the admiration they feel entitled to, they may become angry or hostile.

Example: A narcissistic psychopath might lash out at a friend for not praising their new outfit enough.

Narcissistic psychopaths often turn on the charm when they want something from someone. They may be very charismatic and charming to get what they want.

Example: A narcissistic psychopath may try to seduce someone to get money from them or steal their belongings.

Narcissistic psychopaths are often very selfish and self-centered. They usually do not care about the needs of others, and they will take advantage of anyone to get what they want.

Example: A narcissistic psychopath may lie, cheat, or steal just so that they can have something that someone else has.

There are also a few tests that can be used to determine if someone is exhibiting signs of narcissistic psychopathic behavior.

If you are concerned that someone you know maybe a narcissistic psychopath, it is important to seek help. Some experts can assist in understanding and dealing with this type of personality disorder. It is also important to remember that not everyone who exhibits some of these behaviors is a narcissist or psychopath- so do not jump to conclusions. However, if you do notice that someone is exhibiting multiple symptoms of NPD or psychopathy (warning signs to identify a narcissistic psychopath), it may be helpful to consult with a mental health professional.

DSM And Its Criteria

The DSM, or Diagnostic and Statistical Manual of Mental Disorders, is a handbook that psychiatrists use to diagnose mental disorders. The DSM-V, which was released in 2013, includes narcissistic personality disorder (NPD) and narcissistic psychopathic disorder (NPP).

To be diagnosed with NPD, a person must meet five or more of the following criteria (warning signs to identify a narcissistic psychopath):

If a person meets five or more of these criteria, they are considered to have NPD.

However, NPP is a more severe form of narcissism that meets all the same criteria as NPD, with the addition of psychopathy. If you suspect that someone you know may be suffering from the narcissistic psychopathic disorder, it is important to get help for them. There are many resources available to you, and there are also many people who can help.

NOTE: If you are not sure where to start, please reach out to us for help. We would be happy to assist you in any way we can.

If you have a loved one who is exhibiting signs of narcissistic psychopathy, it can be very difficult to deal with them. These individuals can be very manipulative and destructive, and they often don’t respond well to therapy or treatment.

First, one of the most important things is to learn how to deal with narcissistic psychopaths. It is not always easy, but it can be done if you know what steps to take.

The first thing that needs to happen is that you need to recognize the signs of a narcissistic psychopath. This can be difficult because there are many different types of people who exhibit these traits, and they all tend to have similar characteristics.

However, once you know what those characteristics are, then it becomes much easier for you to identify them in others. Once you have done this step successfully, the next step is to remove yourself from the situation as much as possible. This can be difficult, but you mustn’t allow yourself to be manipulated or abused by this person.

If you are unable to remove yourself from the situation, then you must have a support system in place. This could mean having friends or family members who you can rely on to help you through this tough time. It is also important to have someone who you can talk to about what is going on.

Talk To a Professional

Finally, you must seek professional help. This person may be resistant to treatment, but they must get the help they need. Many different types of therapy can be beneficial for someone with narcissistic psychopathy, and there is no one-size-fits-all approach. You may need to try a few different therapies until you find the right one.

NOTE: It is important to remember that narcissistic psychopaths are very dangerous individuals. They often have no regard for other people and will do whatever it takes to get what they want. You must take care of yourself first before trying to deal with anyone else’s problems, especially if the person in question is a narcissist.

However, all this will take a while for you to act on the suggestions above. Until then, you can deal with them by following some self-help tips:

It can be very difficult to stay positive when you are dealing with a narcissistic psychopath, but it is important to try your best. Remember that this person is sick and needs help- and that there is hope for them. Don’t let the narcissist drag you down with them.

One way to protect yourself from the manipulative behavior of a narcissistic psychopath is by setting boundaries. This means communicating what you will and will not tolerate in your relationship and sticking to them. It’s also important to be clear about your expectations and not give the narcissist any opportunity to take advantage of you.

Expose Them To The Truth

One of the most effective ways to deal with narcissistic psychopaths is by exposing them for who they are. This means telling people about their behavior and how it affects you. It also means telling others about any abuse or manipulation that has occurred in your relationship with this person. By doing so, you will be able to create distance between yourself and the narcissist.

Make Sure That You Are Not Alone

A narcissistic psychopath can be very manipulative, so your health and wellbeing need to have support around you at all times. If possible, find a therapist who specializes in dealing with this type of personality disorder or is familiar with it from working with other patients. You can also join support groups or online communities of people who are going through a similar experience.

NOTE: If you are not sure where to start, please reach out to us for help. We would be happy to assist you in any way we can.

Narcissistic psychopaths often have difficulty in treatment for their personality disorders. They typically don’t believe that anything is wrong with them and are less likely to seek out treatment.

However, some treatments are effective in treating narcissistic psychopaths. These include:

It is important to note that not everyone who exhibits signs of NPD or psychopathy will need treatment. However, if you are concerned about someone you know, it is important to seek help. Some experts can assist in understanding and dealing with this type of personality disorder. 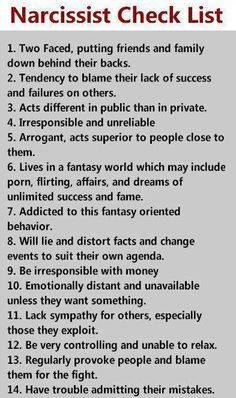 On the other hand, many people believe that narcissistic psychopaths exist and should be treated differently from other types of narcissists because they exhibit different symptoms than those found in normal narcissists. These include:

There is still much research that needs to be done on this topic, but it is clear that narcissistic psychopaths are a very dangerous group of people who need to be taken seriously.

A case study of a 48-year-old woman named Sarah was conducted by Dr. Robert Hare and his colleagues in 1998. The researchers found that Sarah, like many other narcissistic psychopaths, had a history of drug abuse and antisocial behavior during childhood as well as adulthood. This included stealing money from her parents’ bank account at age 11 years old; running away from home at age 12 years old, and being arrested for shoplifting at age 15 years old.

The researchers also found that Sarah suffered from low self-esteem, depression, anxiety, anger issues with other people (including her family members), suicidal thoughts or actions (which she had attempted in the past), poor impulse control, and suicidal behaviors such as cutting herself or burning herself with cigarettes when she felt upset.

Sarah’s symptoms were very severe and resulted in her needing to be hospitalized for mental health treatment multiple times. She had been prescribed medication for depression but did not take it consistently because she thought that taking drugs would make things worse, not better like they usually do when someone has depression.

It was also discovered that Sarah had been criminally convicted of burglary and theft several times throughout her early childhood, but the researchers could not find any clear pattern or reason behind these crimes except that they appeared to coincide with periods when she felt particularly angry at other people such as family members who mistreated her. This led them to conclude that Sarah’s antisocial behavior was likely due to her personality disorder rather than any other factors such as genetics or environment.

A narcissist will always be there for themselves and their needs but will never be there for you. They will put on a good show for others, making it seem like they are the perfect person with no faults, but this is all an act. A narcissistic psychopath will take things one step further by being manipulative and cruel to others. If you can identify these seven warning signs in someone (warning signs to identify a narcissistic psychopath) that you know, it may be time to get away from them before they cause any more damage.