Narcissism is a personality disorder that is characterized by an inflated sense of self-importance, a need for admiration, and a lack of empathy for others. Narcissists often have difficulty forming meaningful relationships with others, and can be quite destructive to those around them. If you have a narcissist friend, it can be difficult to know how to deal with them. In this blog post, we will explore who narcissists are and offer some tips on how to handle them. 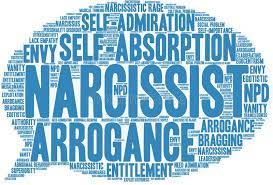 A narcissist is someone who excessively admires and loves themselves. They have an inflated sense of self-importance and believe that they are better than others. Narcissists also need for need admiration and require constant attention and validation from those around them. They can be very charming and persuasive, but they often use these qualities to take advantage of others. Narcissists can be difficult to deal with because they lack empathy and are not interested in the feelings or needs of others.

Signs Of A Narcissist Friend 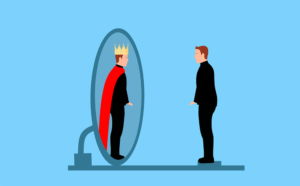 Determining whether a person is a narcissist can be a difficult task. However, there are some common signs that you may be able to spot in a narcissistic friend. These may include character traits such as:

The first tell-all sign of a narcissistic friend is the thinking that they have an existing superiority over the people around them. They believe in emotional hierarchy and believe they are better than everybody else.

A narcissist has a never-ending urge to seek attention and validation. This can be draining for others around them as it takes up a lot of emotional and mental capacity.

The need to always be in charge of every little thing stems from a sense of superiority. They want to micro-manage every aspect of everything that happens around them. These can make others around them feel emotionally fatigued.

This behavior can include lying, gaslighting, blame-shifting, or not owning up to mistakes. A narcissist will very strategically choose someone close for shifting the blame onto, knowing that the person will be less likely to argue back. This behavior makes the other person feel insecure and inferior.

Due to the lack of open communication, trust, and undeniable sense of superiority, narcissistic individuals find it difficult to work cooperatively in a group setting and make reasonable adjustments. This causes issues in academic/professional settings.

For a narcissist, everything is black or white. Everything negative is blamed on the others, while they take credit for everything good and rewarding, even if they did not have any contribution to it.

A self-absorbed individual has unclear ideas of personal space. They think they have a sense of authority over everybody involved with them and also have difficulties taking ‘no’ for an answer. This can make the people around them feel burdened, disrespected, and not cared for.

Due to their sense of superiority and lack of understanding and empathy, it gets difficult for narcissists to form emotionally intimate relationships. This also affects the quality of their friendships as their ability to trust and be vulnerable causes emotional disparities.

In an attempt to protect their ego, narcissistic individuals tend to avoid rejection, criticism, denial, or any other negative emotions which may further infiltrate their self-respect.

Narcissist individuals may inflict abusive behaviors on their friends to keep them in control. These behaviors may include toxic and manipulative tactics such as breaking/hoarding valuables, gaslighting, taking financial advantage, humiliation, guilt-tripping, yelling, or other such tactics.

Effects Of Having A Narcissist Friend Tips To Deal With A Narcissist Friend

However, some general tips for dealing with a narcissist friend include:

Narcissism is a personality disorder that is characterized by an inflated sense of self-importance, a need for admiration, and a lack of empathy for others. Therefore, narcissists often have difficulty forming meaningful relationships with others. And can also be quite emotionally destructive to those around them. If you have a narcissist friend, it can be difficult to deal with them. However, by understanding who they are and how they think, you can make the relationship work.