Narcissism is a term that gets thrown around a lot these days. We often hear people say things like “he’s such a narcissist” or “she’s so narcissistic.” But what does that mean, exactly? Narcissism can be difficult to define because it means different things to different people. In this article, we’ll take a look at the definition of narcissism and some of the ways it can manifest in people’s lives. 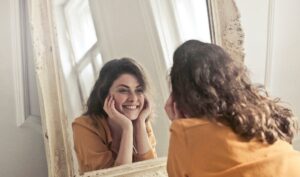 Narcissism is often misunderstood. We think of narcissists as people who are in love with themselves. And think they are better than everyone else. Well, that may be true in some cases. But, it’s not the whole story.

Narcissism is actually a personality disorder that can cause a lot of problems. Narcissists tend to be very manipulative and can be extremely difficult to deal with. In fact, they often make the people around them feel bad about themselves.

In addition, narcissism can be a big problem in relationships. Because these people tend to be very controlling. And can be extremely jealous. They may also try to control their partner’s behavior.

There are many different signs of narcissism, but some of the most common are:

These are just some of the signs that someone may be a narcissist. However, such signs are not always easy to spot. As narcissists are often good at hiding their true motives and intentions.

Narcissism is a serious condition that can wreak havoc on both the sufferer and those around them. So getting treatment is essential. If you think you or someone you know may be suffering from narcissism. Please reach out to a mental health professional for help. 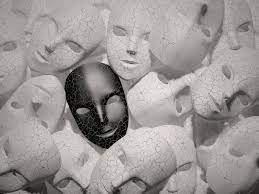 The causes of narcissism are not fully understood. But it is thought that there are both genetic and environmental factors at play.

Some experts believe that narcissism is the result of early childhood trauma or abuse. This can cause a child to develop feelings of insecurity. In order to protect themselves from further hurt. They build up an inflated sense of self-importance as a defense mechanism.

Other experts believe that certain personality traits may make someone more susceptible to developing narcissistic tendencies. For example, people who are naturally competitive. Or those who have a strong need for approval and validation from others.

Also, narcissism is more common in cultures. That places a high value on individual achievement and success. It’s important to remember that we all have some narcissistic qualities. It’s only when these qualities are exaggerated and cause problems in our lives. Then, they become a problem.

When a person with narcissism does something wrong. They feel intense shame and anxiety. They are also highly sensitive to criticism. To protect themselves from these feelings, they may become very defensive and react with anger or hostility.

Narcissistic people can be very charming and magnetic. They often have a strong sense of entitlement. And believe that they are special or unique. They may require a lot of attention and admiration from others. If they don’t get what they want, it may result in depression. Or withdraw from social situations.

Narcissists tend to be high achievers and can be successful in their careers. They are often charismatic leaders. The feeling of being a narcissist is great until you are not the focus of attention.

The truth is narcissism exists on a spectrum. So not everyone with narcissistic traits is diagnosable with Narcissistic Personality Disorder (NPD). But if you recognize the signs at the right time. And, seek help then it might get better. 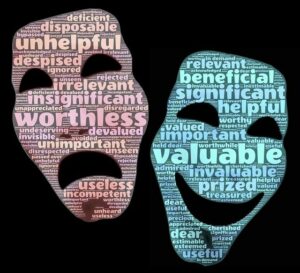 There are some surprising truths about narcissism, that people are unaware of. Some of these truths are:

So, narcissism is not always about being bad. There are definitely some positives that come with it. However, it is important to be aware of the potential dangers as well. Narcissists can be very manipulative and destructive. If you are in a relationship with one, it is important to know how to handle them.

Narcissism can have a range of negative effects. Both on the individual and on those around them.

Narcissism can be very harmful to both. If you are experiencing any of these negative effects in your life. It is important to seek help. It will save one’s individuality and self-esteem.

Why Diagnosis For Narcissism Is Necessary? 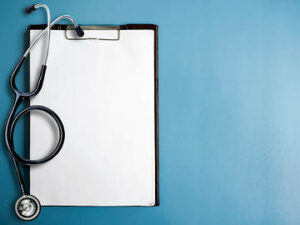 Those people who possess positive traits of it. And, know to be within limits. Then, it is not a disorder. However, when people tend to overstep the line and show negative traits like being manipulative. Lying, or being excessively selfish then it might be a narcissistic personality disorder.

At there, diagnosing a disorder is important. However, diagnosing narcissism can be difficult. It’s not always clear-cut. And there is some debate among experts about how to diagnose it.

There are two main ways to diagnose narcissism:

Clinically, a doctor or therapist will observe your behavior. And look for signs of narcissistic personality disorder (NPD). They may also ask you questions about your childhood and family history.

Self-reported measures are questionnaires. That asks you to rate how much you agree with statements. Like “I am above average in attractiveness,” “I am more intelligent than most people,” and “I have a special talent or ability.” These questionnaires can help give a better idea of whether someone has tendencies toward narcissism. 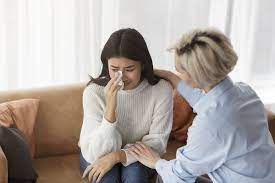 When you are diagnosed with a disorder. The first thing you want to do is find a cure. This is especially true for narcissism. As it can be quite damaging to both yourself and those around you if left untreated.

There are two main types of treatment for narcissism:

Therapy is usually recommended over medication. As it deals with the underlying causes of narcissism rather than just treating the symptoms. However, there are cases where medication may be necessary. In order to help control certain behaviors or thoughts associated with narcissism.

Therapy can take many different forms, depending on what works best for the individual. Some common therapies include

Medication is not a cure for narcissism. But they can be used to help control certain symptoms. Such as anxiety or depression. That may be associated with the disorder.

Some common medications prescribed for narcissism include:

To conclude, narcissism is not always a bad thing. But it can be if it’s not managed well. If you think you might be a narcissist. The best thing to do is to seek help from a professional. They can help you understand your condition and how to manage it in a healthy way.

Excessive of anything can be harmful. So, it’s important to find a healthy balance. Narcissism is no different. It’s something that should be managed and used in positive ways. If you can do that, then narcissism can be a great thing for you.