Narcissists are often viewed as emotionless and unyielding individuals who never let their guard down. However, recent research has shown that narcissists do in fact experience a wide range of emotions, including sadness and grief. In this blog post, we will explore the narcissists who cry and the truth of emotional expression in narcissism. 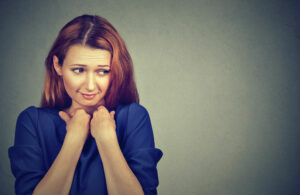 Do narcissists cry? It’s a fair question and one that doesn’t have a straightforward answer. Narcissists are often portrayed as emotionally cold and calculating. So it may surprise you to learn that they are actually capable of crying.

Truthfully, the narcissists who cry are often the ones who are the most difficult to deal with. They can be manipulative and use their tears to control those around them. If you’re in a relationship with a narcissist who cries, it’s important to be aware of this behavior and how to deal with it. There are two types of crying that narcissists do.

Narcissists who cry genuinely are said to have higher emotional intelligence. They are in touch with their feelings and can express them in a way that is not manipulative. This type of crying is more difficult to deal with because it’s harder to know if the narcissist is sincere. There are also fewer ways to deal with a narcissist who genuinely cries because you can’t just tell them to stop.

Narcissists who cry with fake emotions are the more manipulative ones. They use their tears as a way to control and manipulate those around them. This type of crying is easier to deal with because you can simply tell the narcissist to stop. However, it’s important to be aware that this type of narcissist may also use other tactics such as guilt-tripping or gaslighting. If you’re in a relationship with a narcissist who fakes cries, it’s important to be aware of these other manipulative behaviors and how to deal with them. 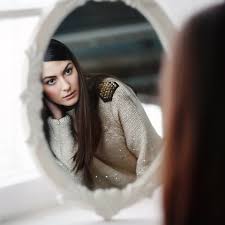 There are various types of narcissism, and each type has its own set of behaviors.

Some narcissists are very independent and self-sufficient; they don’t really need anyone else and are perfectly content on their own. These types of narcissists usually don’t form long-term relationships or even if they do, the relationship is usually quite dysfunctional.

Other narcissists, however, do want close relationships but their need for admiration and attention often drives people away.

Narcissists also tend to be very charming and charismatic at first glance which can make them appear attractive to others. But once you get to know them, their true colors begin to show. Narcissists are often manipulative, selfish, and lack empathy for others. They can also be quite volatile and have a short temper.

One of the most common questions people ask about narcissists is whether or not narcissists cry. The answer is: yes, narcissists do cry. In fact, they can cry very easily and often over seemingly minor things.

Why? Because their tears are a form of manipulation. Narcissists will use anything at their disposal to get what they want, and that includes tears. They know that crying can make people feel sorry for them and give them what they want.

More often, there are times when they actually cry because they’re feeling hurt or rejected. Narcissists are very sensitive to criticism and even the slightest perceived slight can trigger their tears.

However, it’s important to remember that narcissists’ tears are not a sign of weakness or vulnerability. They’re a sign of manipulation. Still, as a human, they are capable of experiencing all the emotions that we do, even if they don’t show it in the same way that we do.

How To Identify Narcissists’ Cry?

On the other hand, a person with healthy narcissism can express their emotions in a more balanced way. They might cry when they’re genuinely sad or upset without any ulterior motives. So, if you’re wondering whether narcissists cry, the answer is both yes and no. It all depends on the context and situation.

Moreover, not all narcissists are the same. There are different types of narcissism, and each type manifests differently. So, it’s important to understand the nuances of this personality disorder before making any assumptions.

How To Give Emotional Support To Narcissists? 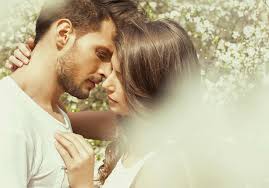 There are times when they actually cry. Narcissists are people too and they feel pain, just like everyone else does. The difference is that they have a hard time admitting it and seeking help from others. That’s why it’s important to be there for them when they need you the most.

Tips To Give Emotional Support

Here are five foremost tips to give emotional support to a narcissist. Because there are times when they actually need it.

Narcissists often feel misunderstood and unappreciated. So, one of the best things you can do is to simply acknowledge their feelings. This doesn’t mean that you agree with everything they say or do, but it does show that you understand where they’re coming from.

Reassuring them that you’re there for them can go a long way. Sometimes all they need is to know that someone cares and is willing to listen to them. It can be as simple as saying, “I’m here for you,” or “I’ll help you through this.”

Encourage them to express their feelings

Narcissists often bottle up their emotions because they don’t want to appear weak. But it’s important to encourage them to express how they feel. This can help them process their emotions and eventually start to heal.

One of the best things you can do is simply listen without passing judgment. This can be a challenge if you don’t agree with what they’re saying, but it’s important to remember that they are entitled to their own opinions and feelings.

If the narcissist in your life is going through a tough time, encourage them to find healthy ways to cope with their emotions. This could mean going for a walk, talking to a therapist, or journaling. It can also be helpful to suggest activities that can help take their mind off of their problems, such as reading, watching a movie, or listening to music. 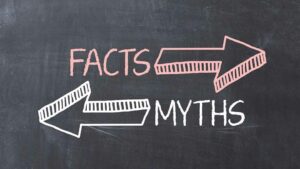 There are many myths about narcissism. Some of the famous myths are;

The truth is, they do. Narcissists are human beings with emotions. They feel sadness, anger, happiness, and love just like everyone else does. The difference is that their emotions are often more extreme and can be harder to control.

It is a common misconception that narcissists are emotionless. This couldn’t be further from the truth. Narcissists feel a wide range of emotions, but they often have trouble dealing with them in a healthy way. They may seem cold and uncaring on the outside, but inside they could be feeling insecure, anxious, or even depressed. 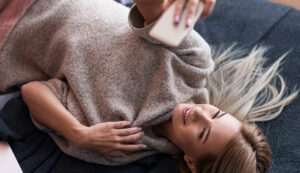 It might be contradicting, but narcissists can actually be quite selfless. They may do things for others without expecting anything in return. This is because they want to be seen as generous and kind-hearted. Narcissists also like to help others so that they can feel good about themselves.

Moreover, these myths are just some of the many misconceptions about narcissism. It is important to remember that narcissists are human beings just like everyone else. They have emotions and they feel things deeply. The difference is that they often have trouble expressing their emotions in a healthy way. If you know someone who you think might be a narcissist, try to be understanding and patient with them. They may not always be easy to deal with, but they are just like everyone else, and they deserve to be treated with respect.

To conclude, do narcissists cry? Yes, they do. However, their tears are often a sign of manipulation or an attempt to create sympathy. Narcissists may also cry as a result of feeling insecure or embarrassed. If you’re in a relationship with a narcissist, be prepared for their emotional outbursts and try to set boundaries accordingly. Thanks for reading!