The Sociopath Test is an assessment toolkit designed to help you decide if you are dealing with a sociopath. There are many different types of tests available. But this one was specifically designed to be quick and easy to use. It will give you instant feedback on your results. So that you know whether or not the person in question has an antisocial personality disorder. If they do, then you must protect yourself from them by limiting time spent together, avoiding any unnecessary contact with them, and making an effort to avoid their manipulative tactics. 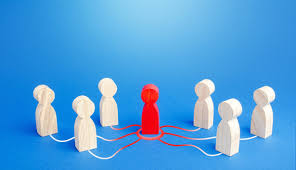 A sociopath is a person who exhibits characteristics and behaviors that fall under the definition of antisocial personality disorder. The term was first used in 1941 by Hervey Cleckley, an American psychologist who spent his life studying what makes people ‘tick’. Especially those with abnormal behavioral patterns or conditions. He gave this condition its name as he found it to be a good descriptor for the people he studied.

Symptoms of a Sociopath

There is no one-size-fits-all answer to this question, as every sociopath is unique. However, there are some general signs and symptoms that may indicate someone has an antisocial personality disorder. These include: 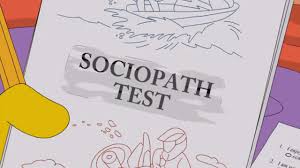 The Sociopath Test is an online questionnaire that can be taken from anywhere at any time. It should take no more than 20 minutes to complete, and offers immediate results when you are done.

Basically, it is a tool designed to help you determine if someone has an antisocial personality disorder. It does this by measuring certain characteristics that are associated with the condition. And further comparing them against other measurements of psychological quality, which can be personal traits or behavioral patterns – both positive as well as negative. This will give you a good idea of where the person in question falls on the scale of being a sociopath.

NOTE: The answers you provide will enable the test to give a result as well as an interpretation based on your responses. It means it’s important for you to be honest when answering the questions.

The Reason I Take Sociopath Test

There are many reasons why you may wish to take a sociopath test. Some people have an interest in the subject and want to explore it further. While others believe that someone they know has an antisocial personality disorder. But don’t feel qualified enough to make such a diagnosis on their own. The Sociopath Test is designed for both of these purposes – to help you learn more about sociopaths and to provide a tool that can be used to determine if someone has the disorder.

The Time I Take Sociopath Test

The best time to take the sociopath test is when you have a question about someone’s behavior that you can’t seem to answer. It is important to remember that the Sociopath Test should not be used as a diagnostic tool. But rather as a way for you to determine if someone you know has an antisocial personality disorder.

There are many different types of sociopath tests available, but not all of them were designed to properly diagnose antisocial personality disorder. Especially without meeting and interacting with someone face-to-face. The test was specifically made to be quick and easy to use so that you can get instant feedback on your results without having to spend a lot of time or money.

NOTE: This Sociopath Test was created for the general public as a means of self-assessment. It is not meant to be used as a diagnostic tool. But rather as a way for you to determine if someone you know has an antisocial personality disorder.

The Procedure For Sociopath Test

When you are ready to take the sociopath test, simply click on the link below and you will be taken to the questionnaire. It is important to note that you must be 18 years or older to take the quiz.

You will be asked questions about a friend or family member you believe may have an antisocial personality disorder. The more honest and detailed your responses, the more accurate the result of the test.

To ensure that you are taking this sociopath test for yourself and not someone else, it is important to read each question carefully before answering. Especially if you are providing information about someone else.

NOTE: When taking the sociopath test, you must answer all questions truthfully. The questionnaire will ask about different areas of someone’s life, including their relationships, professional life, criminal activity (if any), and how they behave in social situations.

The accuracy of any given sociopath test will depend on how well it has been constructed and how well the questions have been worded. Again, there is no one-size-fits-all answer to this question, as every sociopath is unique. However, this Sociopath Test has been designed with input from mental health professionals and has a high rate of accuracy.

Questions To Ask Before Sociopath Test

The following are some example questions that you may expect while taking a sociopath test:

NOTE: When answering these questions, you must select the answer that best reflects how you feel. For example, if you sometimes feel bad for hurting people’s feelings but other times don’t care, then choose the answer that reflects your most common feeling. 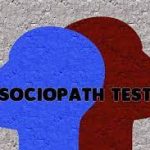 It’s time for a quick sociopath test. Take the following ten-question quiz to assess whether or not someone might have an antisocial personality disorder – even if they have a formal diagnosis:

How Sociopaths View The World

How Sociopaths Treat Others

Lack of Remorse Or Guilt

They Live For The Moment

Grandiose Sense of Self

NOTE: If your friend/relative has an antisocial personality disorder, it’s important to get help. There are many resources available for those who need it, including mental health professionals and support groups.

The results of the sociopath test will give you a quick indication about whether or not someone has an antisocial personality disorder – even if they have a formal diagnosis for the same. The interpretation section of the questionnaire is such that it tells you why your response level was what it was, as well as some possible explanations for that person’s behaviors and tendencies.

NOTE: The interpretation is on the basis of your responses to the questions. Thus we advise you not to take them as gospel. It is important to remember that every person with an antisocial personality disorder is unique. And therefore, the results of this sociopath test are not a substitute for a formal diagnosis.

The results section of the sociopath test will give you a rating on the basis of your overall answers and how they compare to those who have the condition of an antisocial personality disorder.

This is not an evaluation in any way, it is simply a tool to help educate yourself about certain behavioral patterns that are often common in people who have this condition.

NOTE: If you have any concerns about someone’s behavior, it is always best to consult with a mental health professional. The Sociopath Test is for informational purposes only and is not a full-proof diagnostic tool. 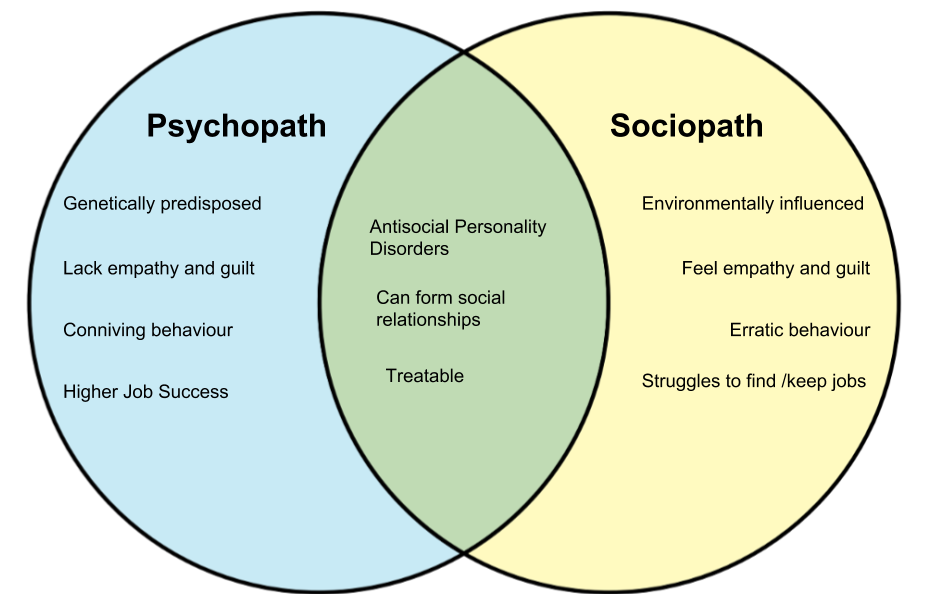 The following are some frequently asked questions about antisocial personality disorder (ASPD):

What Is An Antisocial Personality Disorder?

An individual with an ASPD has a pattern of disregarding and violating the rights of others. All people have some level of disregard for others’ feelings, but those diagnosed with this condition tend to feel only scorn, indifference, or disdain for them.

How Is ASPD Different From Anti-Social Personality Disorder?

Who Is Most Likely To Develop ASPD?

There is no one answer to this question as it can be a result of a variety of environmental and genetic factors. However, some research papers show that those who grow up in an environment where they have exposure to violence, abuse, or neglect are more likely to develop the disorder.

How Common Is ASPD?

ASPD is estimated to affect about two percent of adults or roughly four million American adults.

Like most mental health conditions and disorders, there is no one answer for this question as it can be an outcome of a variety of factors – some genetic and others environmental. However, according to the National Institute Of Mental Health (NIMH), research shows that there is a role of genetic factors in the development of ASPD.

A sociopath test is a tool that can help you determine if someone has an antisocial personality disorder. It is quick and easy to use, with results that are easy to interpret. The confidence level provided should not be taken 100% at face value but should be used as a general guideline. Remember to answer all questions truthfully and to the best of your ability while taking a sociopath test.

If you are not sure if someone has an antisocial personality disorder, we recommend that you seek help from a professional who can diagnose them properly. So they can receive any treatment or therapy needed. If this person does have this type of disorder, then there is a very good chance that they will not seek help on their own.

In this case, it is up to you to take the necessary steps to protect yourself and any other people in your life who may be under direct threat by this person’s behavior.