Do you ever feel like you’re your own worst enemy? That no matter what you do, you can’t seem to win? This is often due to something called the rationalization defense mechanism. This is a psychological term that refers to the way that we sabotage ourselves in order to maintain our self-image. In this blog post, we will discuss what the rationalization defense mechanism is, and how you can make sure that you aren’t sabotaging yourself!

What Is Rationalization Defense Mechanism? 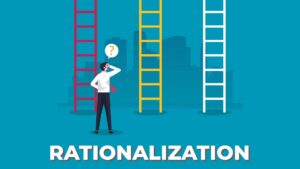 Rationalization is a defense mechanism that allows us to justify our actions and thoughts, even if they are harmful to us. This can be done by choosing to believe something that isn’t true, or by making excuses for our behavior.

For example, someone who rationalizes their drinking may say “I only drink on weekends” or “I can stop anytime I want.” This allows us to convince ourselves that our behavior is not harmful, even when it clearly is.

It is important to be aware of the various ways that the rationalization defense mechanism can manifest in our lives. Here are some examples:

The bottom line is that rationalization is a way for us to protect ourselves from the truth. It’s a way of justifying our actions, even if those actions are harmful to us in the long run. And that’s when it’s time to make a change. 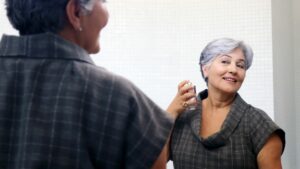 There are several reasons why someone may rationalize their behavior:

To Avoid Feeling Pain of Guilt

If someone has done something they know is wrong, they may rationalize it to avoid feeling the pain or guilt of their actions. If you know you should have gone to the gym but didn’t, you may rationalize your decision by saying “I’m too tired” or “I’ll go tomorrow.”

When someone’s self-esteem is low, they may rationalize their actions in an attempt to boost it. For example, if you feel like you’re not good enough, you may tell yourself that the people around you are just jealous of your success.

Sometimes people rationalize their behavior because they simply don’t want to admit that they did something wrong. If you’ve lied to someone, you may rationalize it by telling yourself that “they deserved it” or “it wasn’t a big deal.”

Sometimes, people may rationalize their behavior in order to justify bad behavior or maintain a positive self-image. No matter the reason, rationalization can be dangerous because it allows people to continue engaging in harmful behaviors without taking responsibility for their actions. If you find yourself Rationalizing your behavior, it is important to take a step back and examine why you are doing so.

How Does Rationalization Change Behavior?

Rationalization is a common defense mechanism that we use to protect ourselves from anxiety or discomfort. It involves coming up with reasons or excuses to justify our behavior, even if those reasons aren’t true. For example, someone might rationalize their drinking by saying that they need alcohol to relax after a long day. Or, someone might rationalize their overeating by saying that they’re just really hungry. 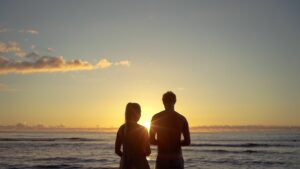 It can be difficult to remain objective when it comes to our own actions and motivations. This is where rationalization can come into play as a defense mechanism. When we rationalize, we offer explanations for our behavior that tend to make us look better than we actually are.

Rationalization can also affect our relationships with others. If we’ve done something that hurts someone else, we might rationalize our behavior by saying that they deserved it or that they brought it on themselves. This can prevent us from taking responsibility for our actions and from apologizing or making amends. It can also lead to further conflict and hurt feelings.

If you find yourself rationalizing your behavior, try to take a step back and look at the situation objectively. Ask yourself if there is another explanation for your actions that might be more accurate. If so, try to be honest with yourself and with others about what really happened. This can be difficult, but it can help to improve your relationships and make you a better person overall.

How Does Rationalization Work In Therapy? 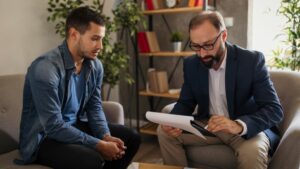 Rationalization is a defense mechanism that we use to protect ourselves from anxiety or discomfort. It involves coming up with reasons or excuses to justify our behavior, even if those reasons aren’t true. For example, someone might rationalize their drinking by saying that they need alcohol to relax after a long day. Or, someone might rationalize their overeating by saying that they’re just really hungry.

Rationalization can be helpful in the short term because it allows us to avoid facing up to the uncomfortable truth about our behavior. However, in the long term, rationalization can be harmful because it keeps us from making necessary changes in our lives. If you find yourself using rationalization as a way of avoiding responsibility for your actions, it might be time to talk to a therapist. Therapists can help you explore the underlying reasons for your behavior and work on making changes that will improve your life.

How Can People Stop Rationalizing? 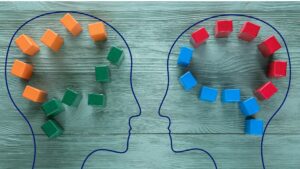 The first step is acknowledging that you might be doing it. Once you’re aware of the behavior, you can start to catch yourself in the act and make a conscious effort to change your thinking. If you’re not sure whether or not you’re rationalizing, consider talking to a therapist or counselor who can help you identify defense mechanisms you may be using.

Changing the way you think isn’t easy, but it’s possible with practice and patience. If you find yourself rationalizing, remind yourself of your goals and what’s important to you. This can help refocus your thoughts and keep you on track. It may also be helpful to talk to someone else about your thoughts and feelings surrounding a situation. This can provide clarity and help you see things from a different perspective.

If you’re struggling to overcome rationalization, know that you’re not alone. Many people battle with this defense mechanism. However, with effort and support, it is possible to make changes and improve your well-being.

In conclusion, the rationalization defense mechanism is a common way that people try to protect themselves from painful truths. However, it can also lead to self-sabotage if you’re not careful. If you find yourself rationalizing your behavior, take a step back and ask yourself if you’re really doing what’s best for you. Sometimes, the answer will be yes. But other times, you might need to make some changes in order to avoid self-destructive behaviors. Thanks for reading! I hope this was helpful. 🙂