What is determinism? Is it fate? Or choice? What role does determinism play in our lives, and how does it affect the decisions we make? In this blog post, we will explore these questions and more. We will discuss what determinism is and how it works, as well as its effects on our lives. Determinism can be a difficult concept to understand, but it is important to do so if we want to fully understand the world around us. 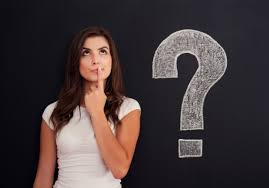 Determinism is the philosophical theory that all events are determined by causes. This means that everything that happens, including our own actions, is the result of prior causes. Determinists believe that there is no such thing as free will because our choices are predetermined by the events that have occurred in the past.

It is a belief that determinism is often associated with fatalism, the idea that our fate is predetermined. And people can’t do anything to change it. Determinists don’t believe that we are powerless in the face of fate, however. They argue that since everything is determined by causes, we can study these causes and use them to predict future events.

Furthermore, it is often said that determinism is compatible with moral responsibility. This is because, even though our choices are predetermined, we are still responsible for our actions as long as we acted freely within the constraints of those causes.

There is a history associated with determinism, which is a philosophical and scientific theory. That holds that all events are determined by causes. The theory came into existence in the early days of philosophy.

And, it was later developed by the scientific community. The theory is based on the belief that “everything in the world happens for a reason and is not random”.

The philosophical determinism movement began with the Greeks. The first philosopher to discuss determinism was Leucippus, who was a student of Parmenides. Leucippus argued that everything in the universe is determined by fate and Chance plays no role whatsoever. His student, Democritus, took this idea a step further and said that atoms were responsible for everything in the world, including human behavior. This view became known as atomistic determinism.

In 1859, Charles Darwin published his book “On The Origin Of Species”. In this book, he proposed the theory of natural selection. Which states that organisms evolve over time due to genetic variation and competition for resources. This theory marked the beginning of modern biology and helped to establish determinism as a scientific principle. 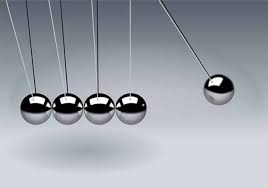 The 20th Century is known as the century of science. And, determinism played a big role in this era. Scientists began to study the concept in greater detail and discovered that it held up to empirical scrutiny.

In the 1950s, physicist John Archibald Wheeler proposed the theory of quantum mechanics. Which states that particles do not have fixed properties until they are observed. This theory helped to establish determinism as a scientific principle on a microscopic level.

In recent years, there has been a renewed interest in indeterminism from both scientists and philosophers. This is due in part to the growing field of neuroscience and our increasing understanding of how the brain works. The current consensus among scientists is that determinism is true at least in some sense, but we still don’t know exactly how it works.

These theories have a profound impact on our lives. Determinism helps to explain why things happen the way they do. And provides us with a sense of order and predictability in the world. It also gives us a sense of control over our own lives and allows us to make plans for the future.

There are different types of determinism that can be classified into three main categories: metaphysical, logical, and physical.

In this, metaphysical determinism is based on the idea that everything that has happened or will happen is already pre-determined by some higher power or force. This type of determinism often goes hand in hand with religious beliefs. As it suggests that our fate is predetermined by a divine being.

Logical determinism is based on the principle that all events are determined by previous causes. This means that every decision we make, and every action we take, is a result of the combination of our genes and our environment. There is no such thing as free will – we are all just pawns in a greater cosmic game.

Physical determinism is the most scientific of the three categories and it suggests that all events in the universe are determined by the laws of physics. This means that everything, including our thoughts and actions, is determined by the movement and interactions of atoms and molecules. There is no such thing as free will – we are all just slaves to the laws of nature.

Despite there being evidence for all three types of determinism, many people still believe in free will. This is because it’s a difficult concept to disprove. After all, how can you prove that everything you do is predetermined? It’s also comforting to think that we have some control over our own lives, even if that control is limited.

How Does Determinism Actually Work? 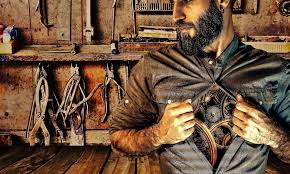 Determinism works by understanding the laws of physics. It starts with the assumption that everything in the universe is determined by these laws. This includes both our thoughts and actions.

As with most things in life, the truth probably lies somewhere in the middle. Determinism is definitely something worth thinking about and exploring further.

How Does Determinism Affect Life?

It seems that determinism is something that we cannot escape, no matter how hard we try. It governs our lives whether we are aware of it or not. However, there are various ways through which determinism can affect your life.

There are certain negative implications of determinism that should be considered. Such as;

Overall, determinism is a complex concept that has both positive and negative implications. It’s something that we should all be aware of and think about when making decisions.

Is Determinism Relates To Any Mental Disorder? 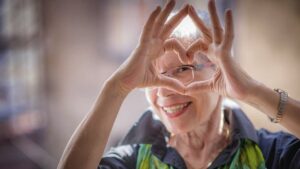 There are a lot of different mental disorders that people can suffer from. These disorders are determined by genetics and by environmental factors. However, does determinism have any effect on mental disorders?

For example, genetic disorders like Down Syndrome are caused by a defect in the genes. There is no way to change or prevent these disorders, and they are determined by the person’s genes. In this case, determinism would not have any effect on the disorder.

However, environmental disorders like anxiety can be caused by a number of different factors. These factors can include traumatic events, the way that someone is raised, and the person’s environment. In this case, determinism could have a significant effect on the disorder.

It is important to note that determinism does not always cause mental disorders. It is just one factor that can play a role in them. There are many other factors that need to be taken into account as well. It should not be used as an excuse for bad behavior. Or for refusing to take responsibility for one’s own actions.

Conclusively, determinism is a philosophical standpoint that believes in the existence of fate and predestination. It has a lot of implications in regards to how we live our lives and the choices we make. While on the other hand, it’s not something that can be empirically proven. It’s still an interesting concept to think about. Thanks for reading!