What does heterosexual mean? This is a question that many people don’t know the answer to. Heterosexuality is defined as “the romantic or sexual attraction between two people of different genders.” In other words, it is when someone is attracted to someone else who has a different gender than themselves. This can be confusing for some people, especially since there are so many different terms and definitions related to sex and relationships these days. In this blog post, we will discuss what heterosexuality means, and some things you need to know about it!

What Does Heterosexual Mean?

Though the meaning of heterosexual is easily defined, there are still many people who do not understand what it means. This is likely due to the fact that heterosexuality is seen as the “normative” sexuality. Defined as being attracted to persons of the opposite sex, heterosexuality is one of the most common sexual orientations.

Despite its prevalence, there are still many myths and misconceptions about heterosexuality. Some people believe that being heterosexual means that you must be monogamous, while others think that it’s only about sex. In reality, there is no single definition of heterosexuality – it can mean different things to different people.

What History Traces Back To Heterosexuality?

However, the studies suggest that there is no one origin story for heterosexuality. In fact, it is likely that the term “heterosexual” was not even used until the late 19th century. Before that, people who engaged in sexual activities with someone of the opposite sex were simply called “normal.” In the 20th century, the term began to be used in a more clinical sense, to refer to sexual orientations that were not homosexual.

Moreover, they typically prefer partners of the opposite sex. Heterosexual relationships can take many different forms, from casual flings to committed marriages.

What Is Compulsory Heterosexuality?

Compulsory heterosexuality is a tool used by those in power to keep heteronormativity (the belief that heterosexual relationships are the only normal kind) in place. It’s a way of saying that anything else is wrong and must be fixed.

Compulsory heterosexuality also contributes to the erasure of LGBTQ+ people. Because it’s seen as the default, anything else is ignored or pushed to the side. This can lead to discrimination and violence against LGBTQ+ people.

It’s important to challenge compulsory heterosexuality and fight for queer rights! We need to make space for all sexual orientations and break down the barriers that keep us from being our true selves.

There are some common examples of compulsory heterosexuality.

Difference Between Heterosexuality, Homosexuality, and Other Sexualities

There is a lot of confusion about the different terms used to describe sexual orientations. Here is a breakdown of the most common ones:

This describes someone who is sexually attracted to people of the opposite sex. It is the distinct form of sexual orientation that is most common in the world. Most people who are heterosexual generally feel romantic or emotional attraction towards people of the opposite sex. This term can also be used to describe someone’s gender identity which is male or female. There isn’t anything wrong with being heterosexual and it is considered to be the “default” sexual orientation for most people.

This is not to say that everyone who exhibits these signs is automatically heterosexual, but it is a strong indicator. If you’re unsure about someone’s sexuality, simply ask them! The vast majority of people are more than happy to talk about their romantic lives.

This is defined as being sexually attracted to someone of the same gender. It is a term used to describe people who are not heterosexual. Also, homosexual relationships and activities are typically referred to as “gay” and also as “lesbian.” It is important to note that not everyone who identifies as homosexual necessarily engages in sexual activity with someone of the same gender.

There are many more types of sexualities, such as bisexual, asexual, and pansexual. However, heterosexuality is the most common sexual orientation and is when someone is attracted to people of the opposite sex.

Bisexual is when a person is attracted to people of both sexes. They are not limited to just one gender.

Asexual is when a person does not experience sexual attraction to anyone. They may still engage in sexual activity, but it is not for the purpose of experiencing pleasure.

Pansexual is when a person is attracted to all genders. This includes people who identify as male, female, transgender, and nonbinary.

Myths And Misconceptions About Heterosexuality 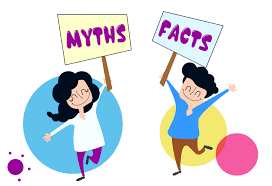 All of these myths and misconceptions are wrong. Heterosexuality is simply the attraction between two people of the opposite sex. It is not a choice and it cannot be cured or changed. And, men and women can both be heterosexual, and there is no single definition of what it means to be heterosexual.

Heterosexuality is one of the most common sexual orientations in the world, and there is no shame in being heterosexual. If you are attracted to someone of the opposite sex, you are heterosexual.

And, it is normal that you do not have to feel shame or embarrassment. Because heterosexuality is to normal sexuality of human beings. Treat yourself as a normal human being if you are heterosexual and be positive about it. Thanks for reading!