What is the Dark Triad? It’s a question that has intrigued people for centuries. Is there really such a thing as evil, and if so, what does it look like? In this blog post, we will explore the science of evil and discuss the Dark Triad personality traits. We will learn about the history and development of this concept, and hear from experts about how to recognize Dark Triad individuals. Stay tuned for some interesting insights! 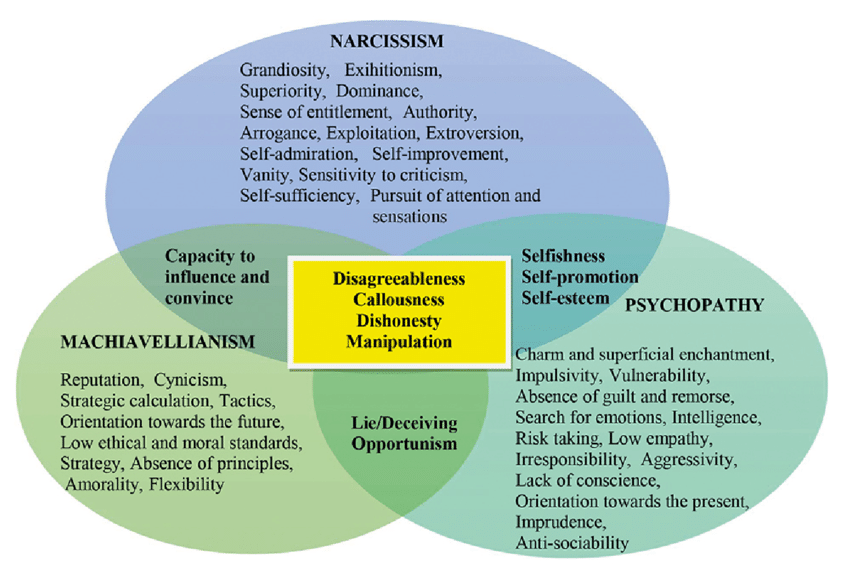 The Dark Triad is a personality construct that comprises three distinct but overlapping traits: narcissism, Machiavellianism, and psychopathy. These traits are characterized by a lack of empathy, a manipulative and callous nature, and a tendency to engage in risky or antisocial behavior. While the Dark Triad is often used as a label for criminal behavior, the traits can be present in people who are not necessarily criminals.

The Three Traits In Recap

D or Dark factor of Personality

The Dark Factor of Personality, also known as the D-factor, is a measure of how much an individual enjoys manipulating and controlling others. It is sometimes seen as a fourth component of the Dark Triad. But it can also be present in people who do not have any of the other three traits.

What Makes Someone Act This Way

According to research, the Dark Triad personality traits may be the result of an evolutionary adaptation. Studies have found that these traits are more common in men than in women, and they may provide a reproductive advantage by allowing individuals to take risks, be less inhibited by empathy, and be more successful at manipulating others.

While this triad has been studied extensively in academic circles, it has also gained popularity in popular culture. The term has been used in a variety of books and movies, including the Harry Potter series, where the character Lord Voldemort is said to embody the Dark Triad traits.

Some of the key distinctions are as follows:

Lack of Empathy: One key distinction is that Dark Triad personalities tend to lack empathy. They are often cold and calculating, seeing others as pawns to be used for their own gain.

In contrast, people with other personality types may be more likely to feel empathy for others and be motivated by altruistic concerns.

Narcissistic and Self-centered: Another key distinction is that Dark Triad personalities tend to be more narcissistic and self-centered. They are often obsessed with power and status, and they view the world as a competitive place where they must constantly strive to be the best.

In contrast, people with other personality types may be more likely to focus on cooperation and collaboration.

Impulsive And Risky: Finally, Dark Triad personalities tend to be more impulsive and risky. They are often drawn to thrill-seeking behaviors and are less likely to consider the consequences of their actions.

In contrast, people with other personality types may be more likely to weigh the risks and benefits of their choices before acting.

NOTE: If someone exhibits all or most of these signs, they likely have Dark Triad traits.

The Dark Triad is often contrasted with the Light Triad, which comprises three different but overlapping personality traits: agreeableness, conscientiousness, and emotional stability. These traits are characterized by empathy, a tendency to follow rules and norms, and a positive outlook on life.

While the latter may seem like the opposite of the former, it is important to remember that these two constructs are not mutually exclusive. Someone can exhibit both Dark Triad and Light Triad traits.

Professions That Have Most Dark Triads

The answer to this question is not entirely clear, as there is no one-size-fits-all answer. However, research suggests that the Dark Triad traits are more common in men than in women. And that they are more prevalent in certain professions than in others.

Some professions that have been found to have a higher prevalence of these triad traits include:

The concept of the Dark Triad has its roots in ancient Greek and Roman literature, where it was used to describe characters who were cruel, manipulative, and selfish. The term gained popularity in the 20th century when it was used by psychologists to describe a cluster of personality traits that are often seen in criminals and psychopaths.

In recent years, there has been a growing interest in this triad among researchers. This is likely due to its potential usefulness in predicting and understanding criminal behavior. There has also been a growing body of research on the development of the Dark Triad traits, which is helping to shed light on why they are so prevalent. 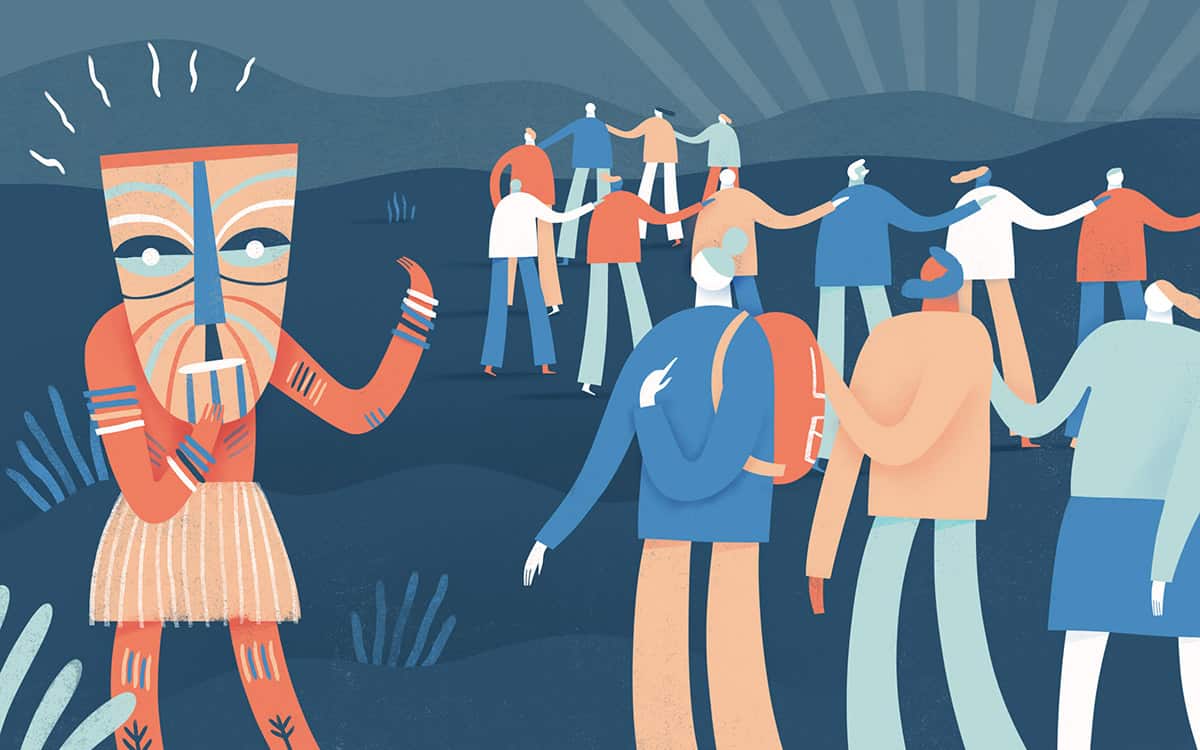 Dark Triad individuals often have high levels of narcissism, Machiavellianism, and psychopathy. Thus, there are several ways to tell if someone has Dark Triad traits.

One way is to look at their behavior.

Another way to tell is by their attitude.

Finally, you can look at their personality profile.

If someone exhibits all or most of these signs, then it is likely that they have Dark Triad traits.

Is It Easy To Spot Them

While it is possible to spot individuals with Dark Triad traits, it is not always easy.

It is important to remember that not everyone who exhibits some of the signs of triad traits is actually a bad person. Many people may only have a few of these traits and never act on them. However, if someone has many of these signs and acts on them, then it is likely that they have Dark Triad traits.

If you want to know for sure if someone has these traits, the best way to do so is to administer a psychological test. The most commonly used measure is the Dark Triad Personality Inventory (DTPI).

The DTPI is a self-report measure that assesses three constructs: narcissism, Machiavellianism, and psychopathy. It consists of 30 items, and people are asked to rate themselves on a scale of 0 (not at all like me) to four (very much like me).

NOTE: If someone scores high on the DTPI, they likely have Dark Triad traits.

If you are unfortunate enough to come into contact with this triad individual, there are a few things you can do.

How Dangerous They Can Be

While these traits may seem harmless, they can actually be quite dangerous. For example:

So if you come into contact with a Dark Triad individual, it is important to be aware of the risks they pose.

NOTE: If you are worried about someone you know, it is important to seek professional help. These individuals can be very dangerous and destructive if left unchecked. Therefore, you should not underestimate them. 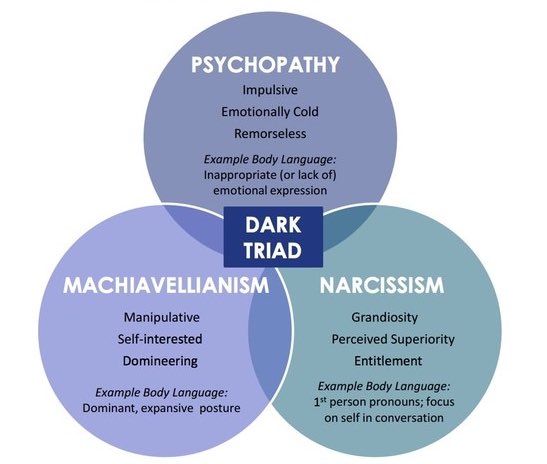 “The Dark Triad represents three personality traits that are dark sides of human nature,” These traits bear a link to a range of antisocial and harmful behaviors.”

-Scott Lilienfeld, a professor of psychology at Emory University.

-Emily Grijalva, an associate professor of psychology at the University of Arizona. “

While the Dark Triad may seem like a small group of personality types, they can have a big impact on the world. Even though this triad is often a label for criminal behavior, the traits can be present in people who are not necessarily criminals. In fact, research shows that many successful people possess some or all of these traits.

However, their lack of empathy and concern for others can lead to them taking advantage of people or even harming them. If you think that someone you know has Dark Triad traits, it is important to be cautious around them. They may seem like they are your friend, but they only care about themselves.

NOTE: The key is to use them for good and not for evil.

If you have an interest in learning more about this Triad, several books and movies can give you some insight.

The Godfather: If you’re looking for a more light-hearted take on the Dark Triad, you might want to watch the movie The Godfather. This movie is about a father who is a ruthless Mafia boss, and it provides a good example of how someone with Dark Triad traits can be successful in life.

The Dark Triad: Understanding the Psychopath, the Narcissist, and the Machiavellian. This book provides a detailed overview of the three personality types that make up the Dark Triad.

The Dark Triad is a cluster of three personality traits that we often see in criminals and psychopaths. There is a growing body of research on the development of these traits, which is helping to shed light on why they are so prevalent. If you think someone might have these traits, the best way to find out is to administer a psychological test. Several books and movies can give you more information about this Triad.