Narcissists are experts at lying. They can do it with a straight face, and they often get away with it. Narcissists will often lie even when there is no need to. Why do they do this? It’s because narcissists have a huge ego, and they love to be in control. They also enjoy making others feel inferior. If you have ever been in a relationship with a narcissist, you know how difficult it can be to spot their lies. In this blog post, we will discuss the signs that someone is lying, and we will give you some tips on how to deal with narcissists who lie!

Why Do Narcissists Lie? 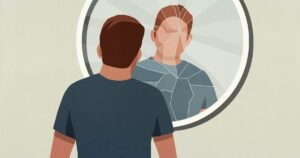 Narcissists lie for a variety of reasons. They may lie to make themselves look better, or they may lie to control the conversation. Narcissists also enjoy playing mind games, and they often use lying as a way to manipulate others. Lying can also translate into gaslighting or manipulation in some ways to make others feel inferior as a narcissist enjoys seeing others being subjugated.

In the case of people who have tolerated severe trauma/abuse may lie since it was one of the ways for them to protect themselves in extremely adverse situations. For example, if a child was subjected to physical violence for scoring low marks in exams, they may lie and hide their marks from their parents. As time passes, these little lies may turn into something huge and serious.

In severe cases, extreme cognitive distortions and rigidly unconscious defense mechanisms can also change a person’s perception of an experience. This means a person gets used to lying even without meaning to. Lying becomes second nature to them as they do not have a sense of self outside the said lies.

Lying doesn’t necessarily make you a bad person, but it could be a sign of something more sinister. This may need clinical intervention to understand and improve the root causes of such behaviors. Leaving them unaddressed can result in severe problems and also for others around them.

Signs Of A Narcissist Liar

It can be tricky to separate a casual liar from a narcissist liar. If you suspect someone close to you might be one, it is important these points in mind. 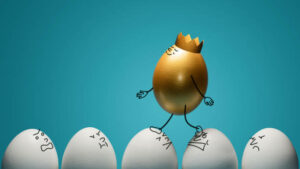 A narcissist’s lies come from a place of deep thought in order to manipulate others and dodge situations to avoid being exposed. Some commonly told lies by narcissistic people may sound like:

“I do not lie, I just bend the truth a little.”

“I didn’t mean to hurt you, I was just trying to help.”

“I’ve never felt this way before.”

“You’re the only one who understands me.”

“I would never lie to you.”

These lies mainly target to shift blame, not take accountability, put down others, violate boundaries, hide the reality, show off themselves as superiors, and overall be manipulative. These lies also hold the capacity to mislead, hurt, and toy around with someone’s feelings which can cause various problems such as trust issues and hypersensitivity. 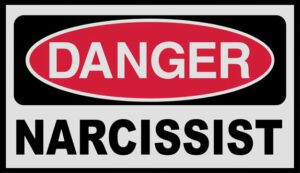 If you are in a relationship with a narcissist, it is important to be on the lookout for their lies. Here are some tips for dealing with narcissists who lie:

It is important to be on the lookout for signs that a narcissist may be lying to you. Narcissists often lie about their past, their relationships, and their feelings. They may also change their story often, and their body language may be inconsistent with what they are saying. If you catch a narcissist in a lie, it is important to confront them about it. You should also try to avoid getting into arguments with them, as this will only fuel their ego. If you find yourself constantly arguing with a narcissist, it may be best to end the relationship.