Narcissism is a personality disorder that is characterized by an excessive sense of self-importance, a need for admiration, and a lack of empathy. Some people are born with narcissistic tendencies, while others may develop the disorder later in life. There is still much to be learned about narcissism and its causes. In this blog post, we will explore the latest research on the topic and ask the question: Is narcissism genetic? 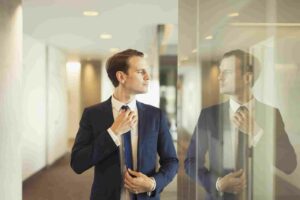 Narcissism is a personality disorder that is characterized by an inflated sense of self-importance, a need for admiration, and a lack of empathy. Narcissists are often described as arrogant, self-centered, and manipulative.

Sometimes narcissism is mistaken for simple self-confidence, but there is a big difference between the two. Narcissists have an unrealistic sense of their importance and abilities and expect others to recognize and admire them. They also lack empathy, which means they are unable to understand or share the feelings of others.

Narcissism isn’t just about having an inflated ego – it’s a mental disorder that can cause serious problems in people’s lives. If left untreated, it can lead to depression, anxiety, substance abuse, and even suicide. Even though narcissism is a mental disorder, there is still some debate about whether or not it is genetic.

However, other experts believe that environment plays a bigger role than genetics in the development of narcissism. Children who are raised by narcissistic parents may learn to imitate their behavior. And, even if someone isn’t raised by a narcissistic parent, they may still develop narcissistic tendencies if they’re constantly exposed to media images that promote an unrealistic view of self-importance and perfection.

So, Is Narcissism Genetic?

The short answer is that we don’t know. There is no definitive answer because there is no one gene for narcissism and it is not yet clear how much of a role environment plays in its development. However, studies suggest that it may be at least partially genetic. If you think you or someone you know might be suffering from narcissism, it’s important to seek professional help. Narcissism can be a very serious mental disorder with potentially devastating consequences. But with proper treatment, many people with narcissism can lead happy and successful lives.

The genetics of narcissism is a bit of a chicken and egg question. Narcissism, like many personality disorders, is thought to develop from a combination of genetic and environmental factors. So it’s hard to say whether narcissism is passed down from generation to generation or if it’s something that develops in people who are exposed to certain environmental influences.

What we do know is that narcissism is a serious mental disorder that can have potentially devastating consequences. If you think you or someone you know might be suffering from narcissism, it’s important to seek professional help. With proper treatment, many people with narcissism can lead happy and successful lives.

The Genetics of Narcissism 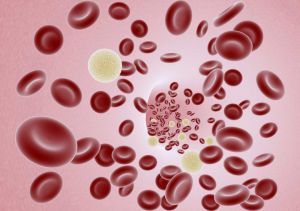 The genetics of narcissism are complex and not fully understood. However, there is evidence to suggest that narcissism may be partially heritable. Studies of twins have shown that there is a significant genetic component to narcissism.

Many other factors contribute to the development of narcissism, including environmental and social factors. The genetics of narcissism likely interact with these other influences to shape Narcissistic Personality Disorder (NPD).

There are also environmental factors that can contribute to the development of narcissism. Narcissistic parents often raise their children in a way that promotes narcissistic traits. For example, they may give their children excessive praise and attention or instill unrealistic expectations in them.

It’s important to remember that even if someone has narcissistic traits, it doesn’t mean they will become a full-blown narcissist. It takes more than just genetics or environment to turn someone into a Narcissus. In most cases, multiple factors contribute to the development of this personality disorder.

Narcissism is a personality disorder that is characterized by an inflated sense of self-importance, a need for admiration, and a lack of empathy. People with this disorder often seek out attention and approval to help boost their ego. Although there is no definitive cause of narcissism, research suggests that it may be the result of both genetic and environmental factors.

If you think you or someone you know may be suffering from narcissism, it’s important to seek professional help. With treatment, individuals with narcissism can learn how to manage their disorder and live happier healthier lives.