What is a theory in psychology? How important are they? What goes into making a good one. And how can you tell if a theory is sound, or needs further refinement? In this comprehensive blog post, we’ll answer all of these questions and more.

A theory in psychology is an idea that has been proven through rigorous testing and research. Theories are the backbone of our scientific understanding of human behavior.

They provide explanations for why we act the way we do. By understanding why people act the way they do, we can make better decisions in our own lives. Consequently, we improve our relationships with others.

Role of Theory In Psychology

While theories may seem like dry, academic concepts, they actually play a vital role in our everyday lives. Theories help us make sense of the world around us. And allow us to predict (and sometimes control) human behavior.

The theory is also essential to scientific progress. Every new theory that is developed builds on what has come before it. Thus, making it possible for us to continue to learn more about the world we live in.

Propounders of Theories In Psychology

Many great psychologists have made significant contributions to our understanding of human behavior. Some of the most famous theorists in psychology include Sigmund Freud, Jean Piaget, and Albert Bandura.

Each of these psychologists developed theories that are still studied and used today. Each theory has helped us learn more about how people think, feel, and behave.

Types of Theories In Psychology

There are four major types of theory in psychology:

NOTE: Each type of theory offers a different perspective on why humans behave the way they do.

Examples of Theories In Psychology

Sigmund Freud’s psychoanalysis is a classic example of structuralist theory. Freud believed that the human mind was divided into three parts:

Abraham Maslow’s hierarchy of needs is a classic example of functionalist theory. Maslow believed that human behavior is motivated by a hierarchy of needs. Starting with the most basic (physiological) and moving up to more complex (self-actualization) needs.

B. F. Skinner’s operant conditioning is a classic example of behaviorist theory. Skinner believed that environmental stimuli (like rewards and punishments) influence behavior.

Jean Piaget’s cognitive development theory is a classic example of cognitive theory. Piaget believed that children think differently than adults. And that they go through a series of cognitive stages as they develop.

Theories In Psychology Vs. Other Disciplines

Theories in psychology are different than theories in other disciplines, like physics or biology. In those sciences, a theory is an overarching explanation for a wide range of phenomena. In psychology, theories tend to be more specific, providing explanations for narrow sets of observations.

For example, the theory of gravity explains why objects fall to the ground. The theory of natural selection explains how species evolve over time. Neither of these theories is specific to one area of physics or biology – they apply broadly across those fields.

Evaluating Relevance of Theories In Psychology

Theories don’t just develop on their own – they are draw power from the people who use them. When psychologists adopt a theory, they give it credibility. And when researchers test a theory, they lend it legitimacy. Theories in psychology are not law. But they carry a great deal of weight because they have been proven through research. 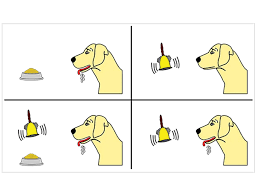 Theories must go through a rigorous process of development and testing before they receive wide acceptance. This process is known as epistemological development. For a theory to be successful, the first step is to develop it. Then, the next step is to test it against data.

If the data supports the theory, it has then predictive power. If the data does not support the theory, it is deemed to be falsifiable. A good theory will always be able to withstand rigorous testing and analysis.

NOTE: The more studies that have been conducted, the better our understanding of the theory will be.

We can evaluate theories on two criteria:

Theories that can explain a wide range of behavior and also has backing by a great deal of research are more likely to be true. In contrast to theories, that only explain a small amount of behavior or do not have much research to support their claim.

How To Tell If A Theory Is Good

There are a few things you can look for to determine if a theory is good.

Are All Theories In Psychology Good

No, not all theories in psychology are good. In fact, many of them are bad. But the good theories are worth the effort because they can help us understand ourselves and the world around us.

NOTE: It is important to remember that all theories have their limitations. They can only explain a certain amount of behavior. And they are always subject to change with new research. 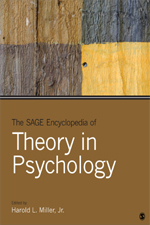 When it comes to psychological theories, it is important to hear from experts in the field. These experts can provide accurate information about the theories and their implications.

Let’s take a closer look at how we evaluate theories by looking at a case study.

To evaluate these theories, we can look at how well they predict behavior and how much research supports them. We can also look at how the theories might be helpful in practice.

Theories don’t just appear out of thin air – they go through a process of development and refinement. The first step is usually an idea, or hunch, that is then undergo testing through research. If the results of the research support the idea, it becomes a working theory. But this is only the beginning – theories must then need constant evaluation and an updation as new information comes to light. In a nutshell, theories are constantly evolving with new research. Thus, as our understanding of human behavior changes, so do our theories.