What Do Psychopaths And Sociopaths Means? 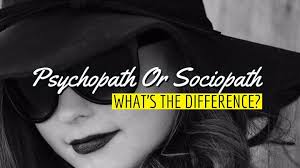 An antisocial personality disorder is characterized by a lack of empathy. People with this disorder also have a disregard for social norms and the law. They are usually impulsive and aggressive. And, they often take part in criminal activities.

Being said that, there is a reason behind it. The expert panel found that there is a need for more research on these disorders. So, they are not included in the manual as of now.

11 Key Differences Between Psychopaths And Sociopaths

There are key differences between psychopaths and sociopaths, although both personality types are similar in many ways. But, the ten key ways make them apart:

Psychopaths And Sociopaths, One Is Born Other is Made

To define this, we need to know the difference between nature vs. nurture. Nature refers to the inherent traits we are born with. While nurture is what we learn and experience as we grow up.

However, there are some experts who believe that both nature and nurture play a role in the development of psychopathy and sociopathy.

Psychopaths Are More Intelligent Than Sociopaths

Basically, intelligence is the power of learning. It’s the ability to think, reason, and remember information. And, psychopaths are better at these things than sociopaths. Because these people want to learn how to control and manipulate others. 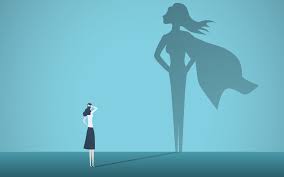 A sense of self-worth is defined as having a positive or favorable impression of oneself. And, psychopaths have a greater sense of self-worth than sociopaths. This is because they feel superior to others and believe that they are better than everyone else.

Sociopaths, on the other hand, may have a low sense of self-worth. They may feel like they’re worthless and not good enough for anyone. In fact, sociopaths are more likely to have suicidal thoughts and attempt suicide than psychopaths.

Psychopaths and sociopaths are very difficult to understand. Because of the differences, even experts have a hard time understanding.

Lack Of Empathy Between The Two

In contrast, sociopaths may have some empathy. They may be able to understand and share the feelings of others to some degree. But, they don’t care about the emotions or experiences of others (i.e., they lack compassion). And, for this, the reason could be that they experienced trauma or abuse during their childhood.

Psychopaths and sociopaths also differ in their emotional responses. Psychopaths are good at hiding their emotions. They can appear to be happy, even when they’re not. This is because they don’t experience the same range of emotions as other people.

Sociopaths, on the other hand, may have difficulty controlling their emotions. They may seem angry or aggressive all the time. Or, they may have sudden outbursts of anger (i.e., rage). So, these both are actually very contradicting personality types.

Distinct Impulsive Behavior Of The Both 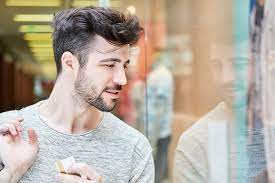 This is somewhat related to emotional responses. Psychopaths are more likely to act on impulse than sociopaths. They may do something without thinking about it first (i.e., they’re impulsive).

Sociopaths, on the other hand, are more likely to plan their actions. They think about what they’re going to do before they do it (i.e., they’re not impulsive).

In reality, psychopaths and sociopaths are two very different personality types. Therefore, it takes time to understand both and to identify the differences.

Psychopaths Are More Charming Than Sociopaths

This is one of the most notable differences between psychopaths and sociopaths. Psychopaths are often very charming and charismatic. They know how to manipulate and influence others. And, they use this charm for their own benefit (i.e., to get what they want).

But, sociopaths are someone who is not charming at all. In fact, they may be awkward or even anti-social. So, this is one of the easiest ways to spot the difference between a psychopath and a sociopath. And this is why these people got the name “charmless.” They show very less interest in socializing.

Sociopaths May Have A conscience, But Psychopaths Don’t

Psychopaths Are More Likely To Be Successful Than Sociopaths

The difference between being more successful and not is a question of many debates. But, psychopaths are more likely to be successful than sociopaths. This is because they’re able to use and manipulate others to their own benefit. And, they’re also charming and ambitious.

On the other hand, sociopaths are not as successful as psychopaths. This is because they’re not as charming or ambitious. And, they don’t know how to use or manipulate others for their own gain. Often, they’re considered to be loners.

Bad Habits Between The Two 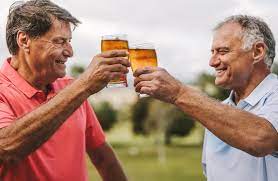 The difference between the bad habits of psychopaths and sociopaths is that psychopaths are more likely to have bad habits than sociopaths. This is because they’re impulsive and don’t care about the consequences of their actions.

Therefore, psychopaths may have habits; such as,

By these differences between psychopaths and sociopaths, we can easily identify that who is a psychopath and who is a sociopath.

How To Deal With Psychopaths And Sociopaths?

When you understand the differences between the two, you can better protect yourself. And, it becomes easier to deal with them, too.

9 Tips To Deal With Psychopaths And Sociopaths

Both psychopaths and sociopaths lack empathy, so they won’t hesitate to hurt or even kill you if it suits their needs. If you have any dealings with them, it’s best to keep your distance. Because these people are experts at manipulation, you might not even realize you’re being used until it’s too late.

It is being compulsory in some specific cases like business or when you’re in a position of power over them. If you work with psychopaths or sociopaths, try to maintain some distance and don’t get too close to them. 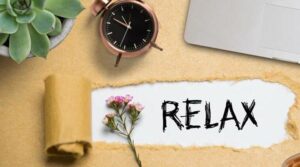 Some experts say that the best way to deal with a sociopath is to be calm and rational. This way, they can’t use your emotions against you. They may try to provoke you, but don’t take the bait. It’s also important not to show weakness, as they will exploit it.

If you have to deal with a sociopath on a regular basis, it might be helpful to keep a journal. This way, you can track their behavior and look for patterns. And, you can practice staying calm and rational. It will help you to keep your cool when dealing with them.

Before getting involved with someone, it’s important to do your research. A simple Google search can reveal a lot about a person’s past. If there are any red flags, it’s best to steer clear. In fact, research is something that you should continue doing even after you’re involved with someone.

You can learn about their family and friends, too. It’s important to know who a person is surrounded by. If they’re constantly changing friends or always seem to be in conflict with people, it could be a sign that something is off. And, you should never forget that a sociopath’s goal is to control you.

Be Wary of Their Charm

Both psychopaths and sociopaths can be extremely charming and charismatic. They use this to their advantage to get what they want. If someone seems too good to be true, they probably are. And, you might be the one they’re targeting.

It can be hard to resist their charms, but it’s important to be wary of them. If you let your guard down, you could end up in a dangerous situation. However, these psychopaths and sociopaths are often experts at hiding their true nature. So, it’s important to pay attention to the warning signs.

It’s important to be assertive when dealing with psychopaths and sociopaths. You need to set boundaries and stick to them. Otherwise, they will take advantage of you.

If you find yourself in a situation where you can’t walk away, there are some things you can do to protect yourself, such as;

When communicating with psychopaths and sociopaths, it’s important to use “I” statements. For example, instead of saying “You always make me so mad,” you could say “I feel angry when you do that.” This way, you’re not attacking them directly. And, it might be easier for them to hear what you have to say.

Don’t Let Them Get Inside Your Head

These types of people are experts at mind games. They will try to control and manipulate you. Don’t let them get inside your head. Stay strong and be aware of their tactics. Otherwise, it would be very hard to get out of the situation.

More often, the thing getting inside your head could impact you in a negative way. It might give you anxiety or stress. And, it could even lead to depression. So, it’s important to be mindful of what’s going on in your head.

Know Your Rights And Get Help If You Need 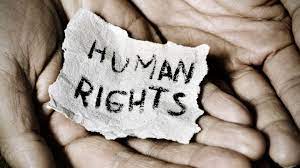 If you find yourself in a situation where you feel like you’re being controlled or manipulated, it’s important to know your rights. There are laws against stalking and harassment. And, if someone is threatening you, it’s considered criminal assault.

You have the right to protect yourself from these types of people. And, you should never hesitate to call the police if you feel like you’re in danger. Do not forget, sociopaths and psychopaths can be very dangerous people.

Keep Your Emotions in Check

Because they lack empathy, it’s easy for psychopaths and sociopaths to push your buttons. They know how to upset and anger you. If you let your emotions get the best of you, you’re playing into their hands.

Psychopaths and sociopaths both have many commonalities. Their differences however exist in how they were raised and their current state of mind. Sociopaths are a product of their environment while psychopaths have an innate sense of right and wrong that cannot be changed.

As you can see, there is a big distinction between the two terms, even though they are often used interchangeably. It is important to be able to understand and identify the signs of both in order to protect yourself from them.