What Is Freudian Psychology? 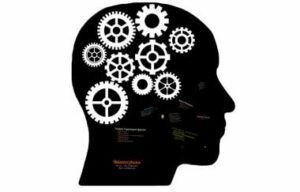 Freudian psychology is a school of psychology that was developed by Sigmund Freud. It is based on the idea that human behavior is largely determined by unconscious processes. Freud believed that the unconscious mind was much more powerful than the conscious mind and that it influences our behavior in ways that we are not aware of. Freud’s work has been controversial, but it has also had a significant impact on psychology and other fields.

There are several key concepts in Freudian psychology that we will discuss in this blog post. Some of these include:

Freud’s most famous technique, psychoanalysis is a method of therapy that involves exploring unconsciousness. This approach of therapy focuses on unresolved and suppressed trauma, which is said to be rooted in our unconscious mind. This can involve bringing up the past happenings through free association. Here, the client is encouraged to speak anything that comes to mind. Through these unfiltered thoughts, the therapist further connects the past to the present and works on resolving the client’s issues from a more informed perspective.

Freud believed that the human consciousness has three vertical categorizations. Like an iceberg, the top level is only a small chunk of what is present underneath. The three stages are as follows:

Freud proposed that the human psyche has three components that interact with each other to generate our behavior.

Id – It is the primary component of who we are. This is the central source of our desires and impulses. The id only focuses on seeking immediate fulfillment of its demands.

Ego- This component operates on the reality principle. It focuses on satisfying the id while being considerate of other components and seeks a middle ground.

Superego- It focuses on moral grounds. It is based on the internal representation of our principles.

Freud proposed 5 stages of psychosexual development in humans as he considered childhood experiences as a crucial part of our behavior as adults. He gave 5 stages which

Freud defines defense mechanisms as psychological strategies used to distort reality to protect ourselves from anxiety, confrontation, or hurt. They operate on a subconscious level and work to make things pleasant and bearable for the individual. Some common defense mechanisms we see in our daily life are:

Why Is Freudian Psychology Still Relevant? 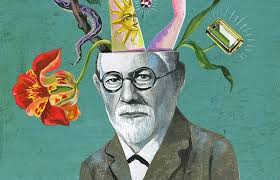 Even though Freud’s theories were developed over 100 years ago, they continue to be relevant even today. His ideas about the unconscious mind are still considered valid and accurate even today. His theories about human development are also considered some of the best explanations for how we grow and develop as individuals. Finally, Freud’s idea of psychoanalysis is still seen as one of the best methods for treating psychological problems.

Freud’s theories have been met with a lot of criticism. Some say that is it unscientific, while others find it sexist and limiting. His ideas have also been used to justify unethical actions. The methods employed to reach conclusions in Freudian psychology have been found dissatisfactory. It is also believed that the sex impulse impelled Freud to the creation of the system. Being hyper fixated on a single aspect of human personality also made his studies narrow and one-sided.

In this blog post, we have discussed some of the key concepts in Freudian psychology. We have explored why Freud’s work is still relevant today and why it continues to be studied and discussed by psychologists and other professionals around the world. We hope you have found this information helpful!