If you have ever felt like you are not good at something, even though you may be really successful, you may have been experiencing the Dunning Kruger effect. Named after two psychologists who studied it in the 1990s, this cognitive bias causes people to overestimate their abilities and skills in areas that they know little about. In other words, people who are unskilled in a particular area tend to think they are better at it than they actually are! This can lead to some pretty embarrassing and costly mistakes. In this blog post, we will discuss what the Dunning Kruger effect is and why you should be aware of it!

What Is The Dunning Kruger Effect? 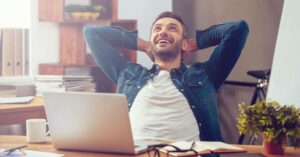 Dunning Kruger effect is a cognitive bias that refers to people who tend to overestimate their abilities and underestimate the abilities of others. The term was first coined by psychologists David Dunning and Justin Kruger in 1999.

It is basically defined as “an inverse relationship between competence and confidence.” In other words, the more incompetent someone is, the more likely they are to overestimate their abilities. In fact, this effect is so strong that it has been found to apply across a wide range of domains, from intelligence and Driving ability.

The Dunning-Kruger effect is a result of two things; the illusory superiority bias and the impostor syndrome.

The illusory superiority bias is a cognitive bias that leads us to believe we are better than we actually are. Meanwhile, impostor syndrome is a psychological phenomenon that causes people to doubt their accomplishments and feel like they are frauds.

These two cognitive biases lead to the overconfidence that is characteristic of the Dunning-Kruger effect. The illusory superiority bias leads us to believe we are better than we are, and the impostor syndrome leads us to doubt our accomplishments.

These cognitive biases are perpetuated by a lack of feedback. When we don’t receive feedback, we have no way of knowing how accurate our self-perceptions are. As a result, we may continue to hold onto inaccurate beliefs about our skills and abilities.

The Dunning-Kruger effect can have negative consequences on both your personal and professional life. In your personal life, it can lead to overconfidence and a false sense of security. This can cause you to take unnecessary risks or make poor decisions.

This phenomenon was first identified by David Dunning and Justin Kruger, two psychologists from Cornell University. In their 1999 paper, they wrote: “People who are incompetent are often unable to recognize just how incompetent they are.” Dunning and Kruger’s research has been backed up by many other studies over the years.

A 2006 study found that people who performed poorly on tests of grammar and logic were more likely to overestimate their test scores and think they had performed better than they actually did.

These researches are important because they suggest that people who are bad at something are often the ones who think they’re good at it. This can have serious implications in many areas of life, from voting to investing.

Why Does The Dunning Kruger Effect Exist?

The existence of the Dunning Kruger effect can be attributed to a few different things.

For starters, try to be aware of your own natural optimism bias. It’s important to be realistic about your abilities and how difficult tasks may actually be. Additionally, seek out feedback from others. This will help you identify areas where you need to improve.

Essentially, the Dunning Kruger effect leads people to believe they are better at something than they really are because they lack the ability or knowledge to accurately assess their skill level. Additionally, these individuals also tend to be overconfident in their abilities, which can lead to further errors.

Why You Should Know About It? 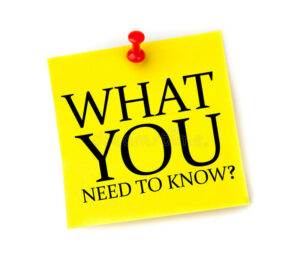 It is often difficult to know how much we don’t know. This is especially true in the area of ​​expertise. We are all experts in something, but none of us are experts in everything.

You should about it because it can have a detrimental effect on your life. By knowing about it, you can even avoid some of its negative consequences. Additionally, some of the benefits of knowing about it are;

Such benefits of it;

So, after knowing about its huge benefits, it’s important to understand this critically.

Research In Different Fields Of The Effect 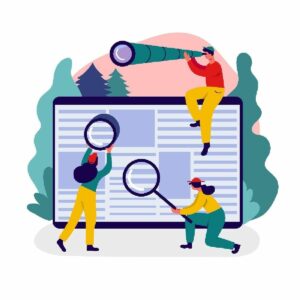 The very first, this effect has investigated the student’s performance. And, further, there are other areas as well, where it has a significant impact. For instance;

In the field, medical practitioners need to have in-depth knowledge. However, some research has found that those who have just started their residency are more likely to overrate themselves.

This is because they lack the experience and expertise of seasoned doctors. As a result, they may make wrong decisions or misdiagnose patients. In fact, in the medical field, the Dunning Kruger effect has been found to be one of the major contributory factors to medical errors.

Lawyers, who are fresh out of law school, have been found to suffer from the Dunning Kruger effect. A study conducted among them revealed that they tend to rate their skills as being above average.

However, with experience and exposure, their self-assessment dropped down to more realistic levels. The researchers attributed this finding to the fact that novice lawyers lack the expertise and knowledge of seasoned professionals. This causes them to overrate their abilities.

So far we have discussed how the Dunning Kruger effect can impact different fields and professions. However, it is not just restricted to these areas.

This phenomenon also exists in the workplace. For example, an employee who’s been with a company for a few months may think they know everything about the organization.

On the other hand, a new hire may be completely lost and have no clue what’s going on. This is because they haven’t had time to learn and understand the company culture yet.

The Dunning Kruger effect can have negative consequences if not managed properly. It can lead to tension and conflict in the workplace, as well as decreased productivity.

In The Field Of Politics

There are studies that occurred in the field of politics too. The research findings showed that political novices tend to rate their skills as being above average.

A 2013 study found that, among U.S. Senators, the most junior members rated their abilities as being much higher than those of their more experienced colleagues. In fact, the political parties were asked to rate their knowledge. While the results showed that the Republicans rated themselves as more knowledgeable than the Democrats, the actual results were the opposite.

The researchers attributed this finding to the fact that political novices are not aware of what they don’t know. They are also more likely to hold overly positive views of their own abilities. 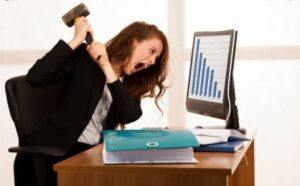 The Dunning Kruger Effect can also have some negative impacts on an individual’s life. Such as;

So, what can you do if you find yourself falling victim to the Dunning Kruger effect? One of the best things you can do is to try and be more aware of it. If you can recognize when you might be falling into the trap of overconfidence, then you can try and correct it.

Additionally, it can be helpful to get feedback from others. This can help ground your thinking and prevent you from getting too caught up in your own beliefs. Lastly, don’t be afraid to admit when you don’t know something. It’s better to ask

It is important to be aware of the Dunning Kruger Effect so that you can avoid its negative impacts. If you find yourself exhibiting any of the above behaviors, try to take a step back and reevaluate your situation. 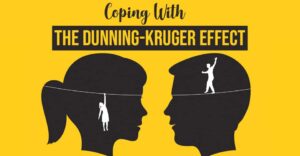 Now that we know what the Dunning Kruger effect is and how it can impact our lives, let’s look at some ways to avoid it. Some tips on how to do this are:

The Dunning Kruger effect is a cognitive bias that has been shown to have a major impact in different areas of life. From the workplace to personal relationships, this bias can lead to a number of negative consequences. However, by being aware of it and taking steps to avoid it, we can minimize its impact on our lives.

By understanding and acknowledging the existence of cognitive biases like the Dunning Kruger effect, we can take these steps to avoid them.

In some cases, this can lead to dangerous situations. For example, if someone with little medical training believes that they are qualified to perform surgery, the results could be disastrous.

Fortunately, there are ways to combat the Dunning Kruger Effect. One is simply to become more aware of it and to be humble in your assessment of your own skills and knowledge. Another is to seek out feedback from others, especially those who you know are more knowledgeable or experienced than you are. Finally, don’t be afraid to ask for help when you need it. Admitting that you don’t know everything is a sign of strength, not weakness.