If you have OCD, you know that it can be a difficult condition to live with. The intrusive thoughts and compulsive behaviors can take over your life and make it difficult to do anything else. Many people with OCD find relief through medication. In this blog post, we will discuss the different types of medications that are used to treat OCD, as well as the benefits and drawbacks of each one. We will also talk about how to find the right medication for you and how to properly take it. 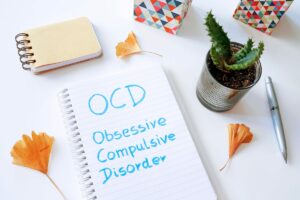 OCD, a popular acronym for “Obsessive-Compulsive Disorder”, is a mental illness that effects about two percent of the world population. It is characterized by intrusive thoughts (obsessions) and repetitive behaviors (compulsions). People with OCD often feel like they have to do certain things in order to prevent something bad from happening. For example, someone with OCD might feel like they have to wash their hands over and over again to prevent themselves from getting sick.

Although the cause of OCD is not fully understood, it is thought to be a combination of genetic and environmental factors. It often runs in families, so if you have a parent or sibling with OCD, you may be more likely to develop the disorder. Additionally, stress can trigger OCD symptoms or make them worse.

When To Take OCD Medications?

OCD, like any other mental illness, has a variety of severity levels. For some people, the symptoms are mild and they are able to live relatively normal lives. However, for others, the symptoms can be so severe that they are unable to go to work or school, take care of themselves, or have any sort of social life. If your OCD is impacting your ability to function in day-to-day life, it is probably time to seek professional help.

There are a variety of treatment options for OCD, but the most common and effective is medication. Medication can be very helpful in reducing symptoms and helping people with OCD to live more normal lives. However, it is important to remember that medication is not a cure for OCD. It is only a tool that can be used to help manage the symptoms.

There are a variety of medicines available for OCD. They are all FDA-approved and considered to be safe and effective. Each has its own set of benefits and drawbacks, so it is important to talk to your doctor about which one might be right for you.

Popular by the brand name Anafranil, clomipramine is a tricyclic antidepressant (TCA) that is commonly used to treat OCD. It works by inhibiting the reuptake of serotonin, which can help to reduce obsessive thoughts and compulsions. It also works by blocking the action of dopamine, which can help to reduce anxiety. Clomipramine is typically taken two or three times a day and may cause side effects such as dry mouth, constipation, weight gain, and drowsiness. The recommended dosage for clomipramine is 50-250 mg per day. 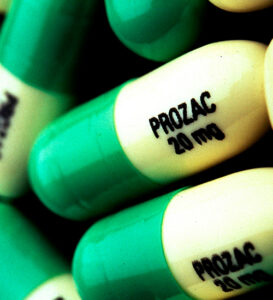 Fluoxetine, also known by the brand name Prozac, is one of the most popular and used medications for OCD. It is an SSRI (selective serotonin reuptake inhibitor) and works by increasing the levels of serotonin in the brain, which can help to reduce symptoms of OCD. This helps with OCD symptoms by reducing compulsions and intrusive thoughts. Fluoxetine can be taken as a pill or liquid and is usually taken once daily. The recommended dosage is 20-60 mg per day.

Fluoxetine is usually taken once a day, in the morning or evening, and can take up to four weeks to start working. Common side effects of fluoxetine include nausea, headache, sexual dysfunction, increased anxiety, and trouble sleeping.

Another one of a very popular SSRI, sertraline (brand name Zoloft) is also used to treat OCD. Sertraline works in a similar way to fluoxetine, by increasing serotonin levels in the brain, which can help reduce symptoms of OCD. It also has the added benefit of being effective in treating other conditions, such as depression and anxiety. As with all SSRIs, there can be some side effects associated with sertraline, including nausea, diarrhea, headache, and sexual problems. However, these are typically mild and go away after a few weeks of treatment. It is available in both tablet and liquid form, and can be taken with or without food.

Lexapro is the popular brand name for this medication. It is a type of SSRI (selective serotonin reuptake inhibitor) that is most commonly used to treat OCD. Like other SSRIs, it can take up to 12 weeks for this medication to start working. The mechanisms of this medicine work by increasing the levels of serotonin in your brain. This, in turn, helps to reduce the symptoms of OCD. The most recommended dose is 20mg per day. However, some people may require a higher or lower dose depending on their response to the medication. Side effects of this medicine include nausea, headache, dry mouth, insomnia, fatigue, and anxiety. 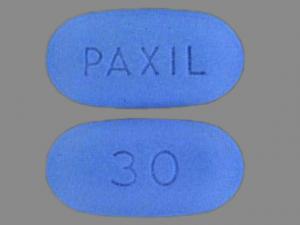 Popular by the brand name Paxil, paroxetine is another type of SSRI that is commonly used to treat OCD. It helps OCD symptoms by increasing levels of serotonin in the brain. Paroxetine may be used to treat other conditions, such as depression, anxiety, or post-traumatic stress disorder (PTSD). The mechanisms are the same for all three conditions–increasing serotonin levels helps to regulate mood and alleviate symptoms of OCD, depression, and anxiety.

Paroxetine may cause some side effects, such as dry mouth, constipation, sweating, or decreased sex drive. These side effects are usually mild and go away with time. The typical dose of paroxetine for OCD is 20-60 mg per day. Paroxetine is available as a tablet, extended-release capsule, or suspension.

Sold by the brand name Celexa, citalopram is an SSRI that is often prescribed to treat OCD. The medication helps to increase levels of serotonin in the brain, which can in turn help to reduce symptoms of OCD.

Citalopram typically takes around four to six weeks to start working, and it is important to stick with the treatment even if you don’t see an immediate improvement. Side effects of citalopram can include nausea, weight changes, and sexual problems. It may also cause drowsiness, so it is important not to drink alcohol or operate heavy machinery while taking the medication.

The available forms of citalopram are tablet, oral suspension, and solution. Citalopram should be taken with a glass of water and can be taken with or without food. It is important to take citalopram at the same time each day in order to maintain an even level of the medication in your system.

Popular by the name of Effexor, Venlafaxine is an antidepressant that works by bringing the level of two chemicals in the brain, serotonin and norepinephrine, to a balanced state. It’s often used as an OCD treatment because it can help relieve symptoms of anxiety. SNRIs like Venlafaxine are thought to work better than SSRIs for treating OCD. These mechanisms differ, but both types of drugs increase serotonin in the brain, which helps to alleviate OCD symptoms.

The recommended dosage of Venlafaxine for treating OCD is 75-225 mg per day. The most common side effects include nausea, dry mouth, dizziness, tremors, sexual dysfunction, and sweating.

Popular by the brand name Luvox, Fluvoxamine is a medication that was specifically designed to treat OCD and has been found to be very effective in doing so. It works by inhibiting the reuptake of serotonin, which helps to reduce compulsions and obsessions. Common side effects include nausea, dizziness, headache, insomnia, and drowsiness. It can also take up to 12 weeks for the full effects of the medication to be felt.

Fluvoxamine is usually taken orally in the form of a capsule or tablet. It is important to follow the instructions of your doctor when taking this medication and to not suddenly stop taking it as doing so can cause withdrawal symptoms. The typical dosage is said to be 50-200mg per day.

Xanax is the popular brand name for Alprazolam. It is a type of benzodiazepine, which is a class of drugs used to treat anxiety disorders. Benzodiazepines work by depressing the central nervous system. This action leads to a calming effect. Xanax is generally prescribed for the short-term treatment of anxiety disorders. It is not intended for long-term use.

The benefits and drawbacks of taking Xanax for OCD will vary from person to person. Some people may find that it is helpful in reducing their OCD symptoms, while others may face side effects such as drowsiness, dizziness, or headaches. The typical dosage for Xanax is 0.25-0.50 mg three times daily. It can be taken with or without food.

Lastly, Lorazepam, whose brand name is Ativan, is a medication that can be used to treat OCD. It works by reducing abnormal excitement in the brain. It also helps to decrease anxiety and produce sleepiness. Like the other medications, it can take up to four weeks to see results. Consult with a doctor to see if this is the right medication for you. The typical dosage ranges from 0.05 mg to 0.15 mg, taken two to three times a day. This medication can be taken orally or injected. Like with any other medications, there are potential side effects associated with Ativan including drowsiness, weakness, and unsteadiness. Now that we know of all the available medications for OCD, it’s important to consider a few things before starting any type of treatment.

OCD is a serious mental illness, but it is treatable. With the help of the right OCD medications along with therapy, and support, you can live a happy and fulfilling life.

In conclusion of the above, it is evident that there are many options available when it comes to OCD medications for treatment. While each person will have different results, it is important to consult with a doctor to see what will work best for you. Be patient, as it can take up to four weeks to see results, and consider combining medication with therapy for the best outcome. With consistency, you can live a happy, healthy and fulfilling life.

If you or someone you know is struggling with OCD, please reach out to Therapy Mantra for help. We have a team of highly qualified mental health professionals who can provide you with the treatment and support you need. Contact us today to book an online therapy session or download our free OCD treatment app on Android or iOS for more information.