Are you feeling stressed out and overwhelmed? Do you feel like you can’t get a handle on your life? If so, you may want to consider taking Lorazepam. This drug is designed to help people who are struggling with anxiety and panic attacks. It can help to calm you down and make it easier for you to cope with difficult situations. If you think that Lorazepam might be the right choice for you, talk to your doctor about starting treatment. 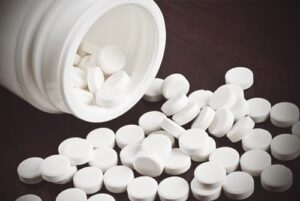 Lorazepam is a medication that belongs to a class of drugs called benzodiazepines. Benzodiazepines are central nervous system (CNS) depressants, which means they slow down the activity of the brain and nervous system. Lorazepam is approved by the Food and Drug Administration (FDA) to treat anxiety disorders and seizure disorders. It’s also used to relieve symptoms of alcohol withdrawal syndrome. Lorazepam is available in generic form as well as under the brand names Ativan and Tempesta.

This drug also has a few off-label uses, such as for the treatment of vertigo (a condition where you feel like you’re spinning or that everything around you is spinning). Lorazepam may also be used before surgery to help relieve anxiety and tension.

What Does Lorazepam Treat? 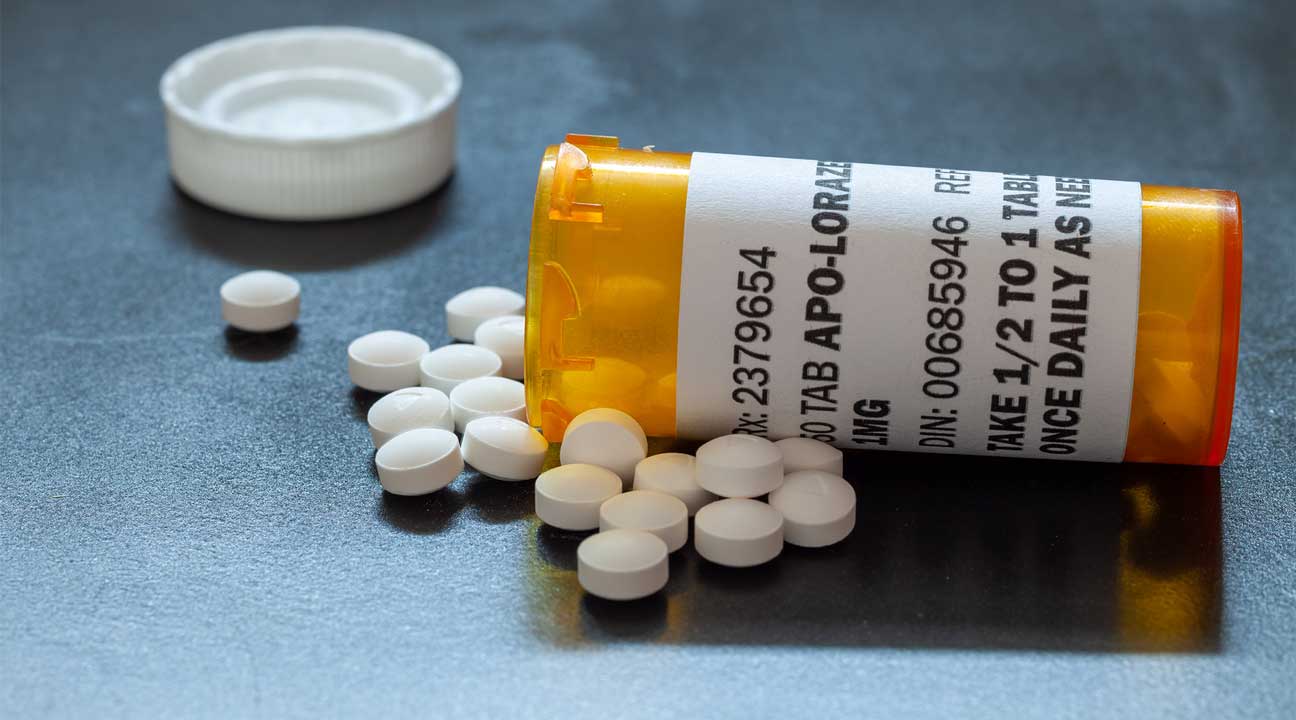 Lorazepam can a number of disorders. These are such as:

GAD is a condition characterized by persistent and excessive worry about a number of things. People with GAD may have difficulty concentrating, have sleep problems, and feel restless or irritable.

Panic disorder is characterized by recurrent, unexpected panic attacks. A person with panic disorder may also have agoraphobia (a fear of being in places where escape might be difficult or impossible if a panic attack occurs).

Social phobia is an intense fear of social situations that can interfere with work, school, and other activities. People with social phobia may have symptoms of anxiety, such as sweating, heart palpitations, and difficulty breathing.

PTSD is a condition that can develop after someone has experienced or witnessed a traumatic event, such as a natural disaster, a serious accident, a terrorist act, war/combat, rape, or other sexual assault. People with PTSD may have flashbacks of the event, nightmares, sleep problems, anxiety, and feel detached or estranged from others.

Lorazepam is also approved to treat seizure disorders. These include:

Epilepsy is a disorder characterized by recurrent seizures. Seizures are sudden changes in behavior due to abnormal electrical activity in the brain.

Status epilepticus is a medical emergency that requires immediate treatment. It’s defined as a seizure that lasts longer than five minutes or two or more seizures without regaining consciousness between them.

Loraplam also has a few off-label uses, such as for the treatment of vertigo (a condition where you feel like you’re spinning or that everything around you is spinning). Lorazepam may also be used before surgery to help relieve anxiety and tension. 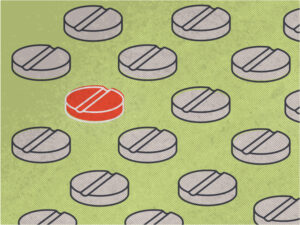 The working of Lorazepam is not fully understood. It is thought to work by depressing the activity of certain chemicals in the brain, which helps to calm down the individual. Lorazepam also acts on receptors in the brain that are responsible for controlling anxiety.

Lorazepam may be used for a short period of time or on an as-needed basis to treat anxiety or tension associated with stressful situations (such as public speaking). It may also be used on a regular basis to prevent panic attacks or relieve symptoms of panic disorder. Lorazepam is also sometimes used to treat seizures, insomnia, and irritable bowel syndrome.

The working also helps to relieve symptoms of alcohol withdrawal, such as tremors, agitation, and anxiety. It may also be used to help control seizure activity and relieve muscle spasms caused by certain conditions (such as tetanus). Lorazepam is also sometimes used along with other medications to treat depression.

The dosage of lorazepam that is prescribed to a person depends on many factors. These include the severity of anxiety, age, weight, and other medications that are being taken. The typical starting dose for adults with anxiety is 0.50 mg to 0.75 mg three times a day. This can be increased to a maximum of four times a day if needed. For elderly or debilitated patients, the starting dose should be reduced to 0.25 mg two or three times daily.

When lorazepam is used for anxiety, it should be taken as needed for the relief of symptoms. However, it should not be taken more often than four times a day or for longer than two weeks without the advice of a physician. If symptoms persist after two weeks, the patient should consult their doctor. 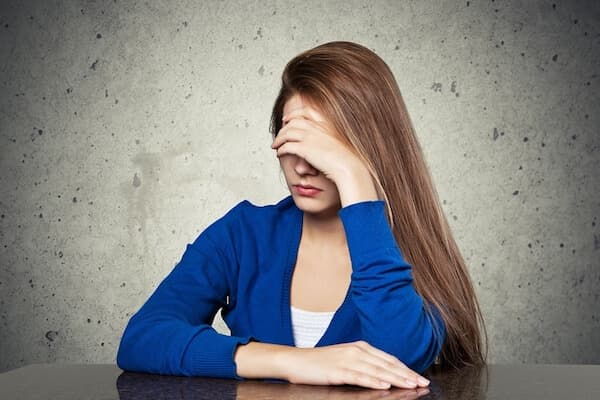 Headache is another common side-effect of lorazepam. If you experience a headache while taking this medication, it is important to drink plenty of fluids and rest. Taking over-the-counter pain relievers such as ibuprofen (Advil) or acetaminophen (Tylenol) can also help to relieve headaches caused by lorazepam.

Nausea is another common side-effect of lorazepam. If you experience nausea while taking this medication, it is important to eat small, frequent meals and avoid greasy or spicy foods. Taking over-the-counter medications such as Dramamine can also help to relieve nausea caused by lorazepam.

Tips To Keep In Mind While Taking Lorazepam 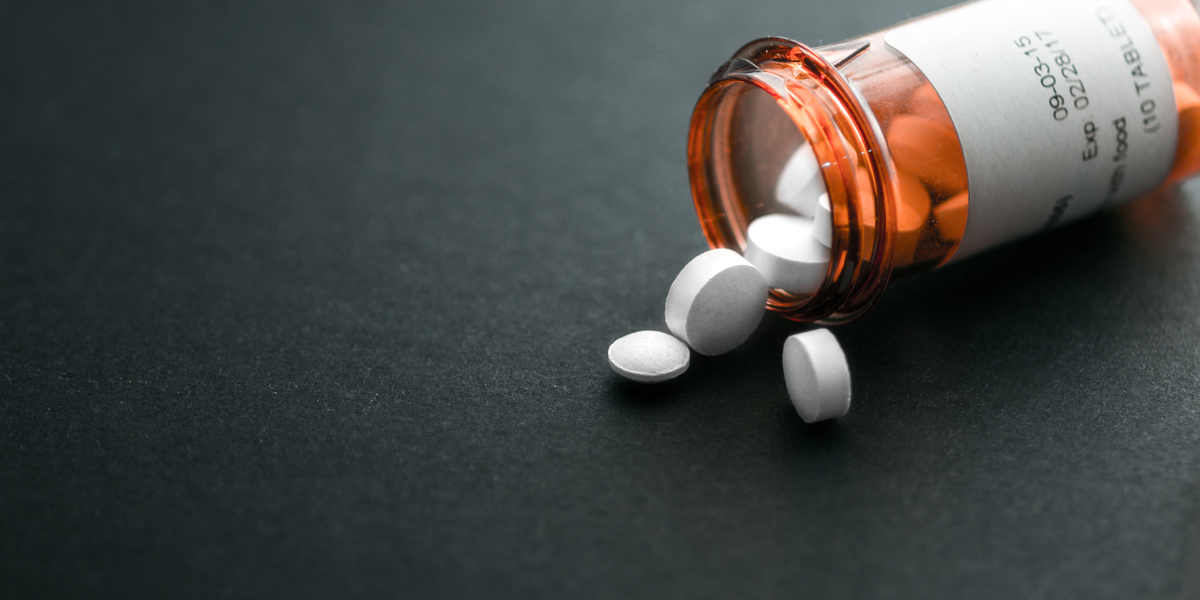 There are many drugs out there that can help to calm a person down, but one in particular that is often prescribed is Lorazepam (Ativan). This drug can be very effective in treating anxiety and panic disorders. However, there are some things to keep in mind while taking this medication.

Here are some tips:

-Make sure you take it as prescribed by your doctor. Do not increase or decrease the dosage without their approval.

-This drug can cause drowsiness, so do not operate heavy machinery or drive while taking it.

-Do not drink alcohol while on Lorazepam, as it can intensify the effects of the drug.

-If you have any other medical conditions, make sure to talk to your doctor before taking this medication.

-Be sure to tell your doctor if you are pregnant or breastfeeding, as Lorazepam can pass into breastmilk.

There are many ways to manage the side effects of lorazepam. Some people may find that they need to take a lower dosage or take the medication less often. Others may find that certain lifestyle changes can help to minimize side effects.

Some of the most common methods for managing side effects include:

Drinking fluids always helps to reduce side effects. Try to drink at least eight glasses of water a day, and avoid alcohol and caffeinated beverages.

Eating a healthy diet can also help to reduce the side effects of lorazepam. Make sure to eat plenty of fruits, vegetables, and whole grains. Avoid processed foods, sugary foods, and fatty foods.

Exercise is always good for you, but it can be especially helpful if you’re taking lorazepam. Exercise can help to improve your mood and increase your energy levels. It can also help you to sleep better.

Stress can make all of the side effects of lorazepam worse. Try to find ways to manage your stress, such as yoga, meditation, or deep breathing exercises. There are also many things that one can keep in mind while taking lorazepam to manage side effects.

There are many alternatives to Lorazepam that can be used to help with anxiety disorders. Some of these include:

Buspirone is an anti-anxiety medication that works by affecting certain chemicals in the brain that are responsible for causing anxiety. It is generally considered to be a safe and effective medication with few side effects.

Benzodiazepines are a class of drugs that work by depressing the central nervous system. They are typically used for short-term relief of anxiety symptoms and can be very effective. However, they can also cause dependence and should only be used as directed by a doctor.

SSRIs (selective serotonin reuptake inhibitors) are a class of antidepressant medications that work by increasing levels of serotonin in the brain. They are generally considered to be safe and effective medications with few side effects. It also helps with obsessions and compulsions that are a part of OCD.

Tricyclic antidepressants (TCAs) are a class of antidepressant medications that work by affecting certain chemicals in the brain. They are generally considered to be safe and effective medications, but they can cause some side effects.

MAOIs (monoamine oxidase inhibitors) are a class of antidepressant medications that work by inhibiting the activity of an enzyme called monoamine oxidase. They are generally considered to be safe and effective medications, but they can cause some side effects.

There are many herbal remedies that have been traditionally used to treat anxiety. Some of these include:

Kava kava is a tropical plant that has been used for centuries to treat anxiety and other conditions. It is generally considered to be safe, but it can cause some side effects.

Valerian root is a herb that has been traditionally used to treat insomnia and anxiety. It is generally considered to be safe, but it can cause some side effects.

Chamomile is a herb that has been traditionally used to treat anxiety and other conditions. It is generally considered to be safe, but it can cause some side effects.

Lavender is a herb that has been traditionally used to treat anxiety and other conditions. It is generally considered to be safe, but it can cause some side effects.

Lorazepam is a great drug for those who have anxiety or need to calm down. It has few side effects and is relatively safe. If you are looking for a way to calm down, this may be the drug for you. This drug makes everyone feel a little different, so it is important to find the right dose for you. Speak with your doctor about whether lorazepam is right for you.

Lorazepam can be a great tool for managing anxiety. It is important to find the right dose for you and to talk to your doctor about whether it is the right medication for you. Lorazepam is relatively safe, but like all medications, there are potential side effects. Be sure to speak with your doctor if you have any concerns. Thanks for reading! I hope this has been helpful.