Do you know what causes OCD? This is a question that many people want to know the answer to, as OCD can be a very mysterious mental disorder. While the cause of OCD is still unknown, there are several theories that attempt to explain its origins. In this blog post, we will discuss some of the possible causes of OCD and how they may contribute to this condition. 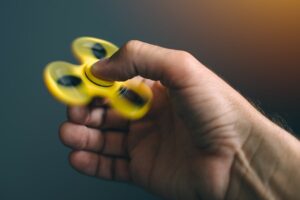 Obsessive-compulsive disorder, or OCD, is a mental disorder in which people have unwanted and repeated thoughts, feelings, images, and sensations (obsessions) that drive them to do something over and over again (compulsions).

People with OCD may be troubled by obsessions such as a fear of germs or of harming others. They may also feel compelled to wash their hands over and over again, check things multiple times, or hoard items.

What Are The Symptoms?

There are many symptoms of OCD, but some of the most common include:

These symptoms can cause significant distress and interfere with daily life.

What Are The OCD Causes?

There are many risk elements associated with OCD. Some of these include:

Having A Family Member With OCD 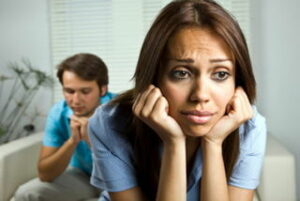 It’s not fully understood what causes OCD, but there are some risk factors that seem to be linked with the disorder. One of the biggest risk factors is having a family member with OCD. This suggests that there may be a genetic component to the disorder. In fact, studies have shown that people with first-degree relatives (parents, siblings, or children) with OCD are more likely to develop the disorder themselves.

OCD is often thought of as a genetic disorder, and research has shown that having a family member with OCD does indeed increase the risk of developing the condition. Therefore, if a parent has OCD, their child has a higher chance of developing the disorder.

There are a number of different causes of OCD, but one of the most common is stress. Experiencing stressful or traumatic life events can make you more susceptible to developing OCD.

For example, if you witness a traumatic event, such as a car accident or a natural disaster, you may be at increased risk for developing OCD. Having experienced a traumatic event can complicate your life in many ways, and can cause you to feel stressed and anxious. This increased stress can trigger OCD symptoms, or make existing OCD symptoms worse.

Medical conditions that have been linked with an increased risk of OCD include:

Having one or more of these medical conditions does not necessarily mean that a person will develop OCD, but the presence of these conditions may increase the likelihood of developing the disorder.

Finally, people with depression or anxiety disorders may be more likely to develop OCD due to the presence of negative thoughts and emotions which can trigger obsessive thinking.

There are several personality traits that can contribute to the development of OCD.

Each of these three things creates different levels of anxiety which in turn triggers OCD symptoms.

There are potential reasons that have been identified as prominent causes of OCD. One of these is the abuse of drugs or alcohol. It’s thought that this may cause changes in the brain that lead to OCD symptoms.

For example, someone who abuses alcohol may start to feel anxious and compulsively check things to try and relieve their anxiety. This can then lead to full-blown OCD.

There are a number of ways in which abusing drugs or alcohol can cause OCD. One way is by triggering the onset of the disorder. People who are predisposed to OCD due to family history or other factors may find that abusing drugs or alcohol brings on symptoms of OCD. For example, someone who has a history of anxiety may start experiencing obsessive thoughts and compulsions after using alcohol or drugs.

Another way that addiction can cause OCD is by exacerbating existing symptoms. People who already have OCD may find that their symptoms become worse when they abuse drugs or alcohol. For example, someone with OCD who frequently washes their hands may start washing them even more obsessively if they abuse alcohol or drugs.

Being Exposed To OCD-Inducing Environments

There are many potential causes of OCD, but the cause that is most commonly cited is exposure to an OCD-inducing environment. This could be something as simple as watching a TV show or movie that portrays OCD in a positive light. While it’s impossible to say for sure what causes OCD, this environmental exposure is thought to play a significant role.

So how does being exposed to an OCD-inducing environment cause OCD? It’s believed that this exposure leads to a heightened sense of anxiety and fear. This increased anxiety then leads to the development of obsessions (intrusive thoughts) and compulsions (repetitive behaviors). These obsessions and compulsions serve to reduce the anxiety and fear that the individual is feeling.

Being Raised In A Rigid Household

It is believed that these two factors can lead to the development of OCD. If a person is constantly worried about making mistakes or embarrassing themselves, they may start to develop obsessive thoughts and compulsions in an attempt to control their environment and avoid any potential harm. For example, they may start washing their hands excessively or checking things multiple times before leaving the house.

All of these risk elements can increase an individual’s likelihood of developing OCD. However, it is important to note that not everyone who has one or more of these risk factors will go on to develop the disorder. Likewise, many people with OCD do not have any identifiable risk factors. This just goes to show that the cause of OCD is still somewhat of a mystery.

All of these factors can contribute to the development of OCD. If you or someone you know is struggling with OCD, it’s important to get help from a mental health professional. With treatment, people with OCD can learn to manage their symptoms and live full and productive lives. 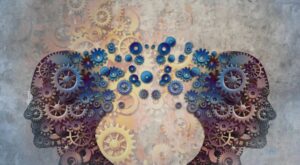 The consequences of OCD can be both physical and mental.

Physically, individuals with OCD may suffer from fatigue, insomnia, muscle tension, and headaches.

As a result, they may become isolated and withdrawn. In severe cases, OCD can interfere with an individual’s ability to function in daily life. If you or someone you know is struggling with OCD, there are treatment options available. With proper diagnosis and treatment, many people with OCD are able to lead fulfilling lives.

How To Diagnose OCD? 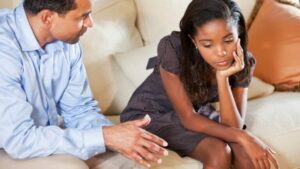 A diagnosis of OCD can be made by a mental health professional, such as a psychiatrist, psychologist, or clinical social worker, who will ask you questions about your thoughts, feelings, and behaviors. They will also want to know if you have any other medical or mental health conditions.

To be diagnosed with OCD, you must have:

There is no single test that can diagnose OCD. Instead, mental health professionals will use their clinical judgment to make a diagnosis based on your symptoms and how much they are affecting your life. If you think you might have OCD, it is important to seek professional help so that you can get the appropriate treatment.

What Are The Solutions? 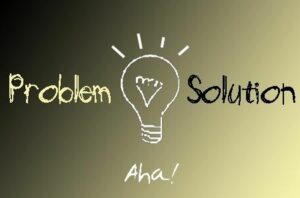 Below are some of the solutions available to manage and overcome OCD:

While the cause of OCD is still unknown, research has suggested that it may be caused by a combination of genetic and environmental factors. This means that there is not one single cause of OCD, but rather that several factors may contribute to the development of the disorder.

Professional Guidance is the first step to moving toward your healing journey. You can try reaching Therapy Mantra to seek expert help in the comfort of your own home. Our therapists will help you get a solution to manage and overcome your problem. You can book your online therapy and talk directly to your assigned mentor. You may also download our free Android or iOS app.