If you or someone you know has been diagnosed with ADHD, then you may be wondering what that means. ADHD is a condition that affects how a person behaves, thinks, and feels. It can make it difficult to focus on tasks and can lead to impulsive behavior. In this blog post, we will discuss what hyperactive ADHD is and how it can be treated. 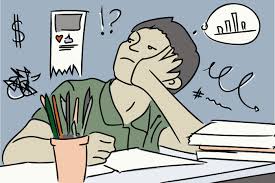 Hyperactive ADHD is a type of attention-deficit/hyperactivity disorder that is characterized by problems with focus and impulsivity. People with this type of ADHD may have difficulty sitting still, controlling their emotions, and staying on task. They may also be at risk for developing other behavioral problems, such as oppositional defiant disorder or conduct disorder. For example, a child with hyperactive ADHD may be constantly moving, have trouble paying attention in school, and act out impulsively. While all children can be disruptive at times, children with hyperactive ADHD often exhibit these behaviors to a greater degree and more frequently than their peers.

Does Hyperactive ADHD Worsen with Age?

If a person is aware of their symptoms and knows how to manage them, the discomfort typically does not get worse with time.No it’s quite the opposite. The hyperactive symptoms of ADHD generally improve with age, while the inattentive symptoms tend to persist. That’s not to say that adults with ADHD don’t have problems with impulsivity and overactivity; they may just manifest differently than in childhood. For example, an adult with ADHD may drive too fast, or be impatient in line at the grocery store. If you’re an adult with ADHD, you may feel like you’re constantly trying to catch up, and that can be frustrating.

The symptoms of hyperactive ADHD can vary from person to person, but there are some common signs to look out for.

If you notice any of these symptoms, it’s important to talk to a doctor or mental health professional. They can help you figure out if ADHD is the cause and recommend treatment options. 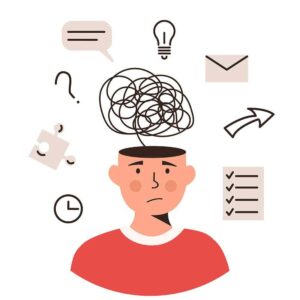 There are many possible causes of hyperactive ADHD, but the most likely cause is a combination of genetic and environmental factors. Researchers believe that certain genes may make people more susceptible to developing the disorder, while other environmental factors may trigger its development. Some of the most common triggers include:

Several factors can increase the risk of developing hyperactive ADHD, including:

While the exact cause of hyperactive ADHD is unknown, many potential risk factors may play a role in its development. If you or your child has symptoms of the disorder, it’s important to talk to a doctor or mental health professional to determine the best course of treatment.

There is no single test to diagnose hyperactive ADHD. Instead, doctors will often ask questions about your medical and family history and may carry out assessments to rule out other possible causes of your symptoms.

For instance, they may ask whether you have any other medical conditions or if there’s a history of ADHD in your family. They may also assess your symptoms using rating scales, such as the Conners’ Parent Rating Scale-Revised or the Swanson, Nolan, and Pelham Questionnaire.

If you’re an adult, your doctor may also ask you to complete a self-report ADHD scale, such as the World Health Organization Adult ADHD Self-Report Scale. A diagnosis of hyperactive ADHD is usually only made if your symptoms are having a significant impact on your day-to-day life.

Your doctor may also want to carry out some tests to rule out other possible causes of your symptoms, such as thyroid problems or sleep disorders. If you’re an adult, they may ask you about any substance abuse problems you have had in the past.

They may also consider whether your symptoms started in childhood and have been present for at least six months. If you’re an adult, a diagnosis is usually only made if some of your symptoms were present during childhood, although they may not have been diagnosed or recognized at the time. There’s no cure for hyperactive ADHD, but there are treatments available.

There are various treatment options available for hyperactive ADHD. The most common treatments are medication, behavioral therapy, and a combination of the two.

The most commonly prescribed medications for hyperactive ADHD are stimulants, such as methylphenidate and amphetamines. These work by increasing levels of the neurotransmitters dopamine and norepinephrine in the brain, which can help improve focus and concentration.

Non-stimulant medications, such as atomoxetine, bupropion, and clonidine, are also sometimes prescribed. These work by affecting other neurotransmitters in the brain, such as noradrenaline and serotonin.

Medications for hyperactive ADHD are usually taken daily, either in the morning or evening. They can be taken as tablets, capsules, liquids, or even skin patches. The exact medication and dosage will depend on factors such as your age, weight, and medical history.

This type of therapy can help teach children with ADHD how to better manage their behavior. It can also help parents learn parenting techniques that can improve their child’s behavior. For instance, behavioral therapy may involve setting up a reward system to encourage good behavior or using time-out periods to discourage bad behavior.

A combination of medication and behavioral therapy is often the most effective treatment for hyperactive ADHD. In some cases, other treatments, such as neurofeedback or dietary changes, may also be recommended.

Children with ADHD may need special accommodations in the classroom, such as more time to complete assignments or a quiet place to work.

While there is no cure for ADHD, proper diagnosis and treatment can make a big difference in managing the symptoms and improving the quality of life. If you think your child may have ADHD, it’s important to talk to your doctor. They can help you determine if your child has ADHD and develop a treatment plan that’s right for them.

It may be concluded that hyperactive ADHD is a serious disorder that can impact an individual’s life in many ways. While there is no cure, there are treatments available that can help lessen the symptoms and allow the person to lead a more normal life. If you or someone you know may be suffering from this condition, it is important to seek professional help.