The symptoms of ADHD in children can be difficult to spot, yet they are not impossible to treat. Many parents do not know that their child has ADHD until their symptoms get worse and they are older. This blog post will tell you about ADHD in children. What can you do when you know they have it? You should share it with the doctor. 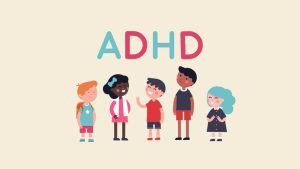 ADHD is a persistent pattern of inattention and/or hyperactivity-impulsivity that interferes with functioning or development. It usually begins before age 12 years, shows itself over time, and lasts at least six months. The specific symptoms must be present for more than half the days in a six-month period (as assessed by parents or teachers) and cannot be better explained by another disorder (e.g., anxiety, mood). 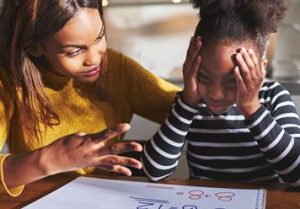 The four main symptoms of ADHD are inattention, hyperactivity-impulsivity, disorganization, and problems with attention span. Let’s explore each one in more detail:

The most common symptoms in children are hyperactivity-impulsivity, followed by inattention and more minor problems with attention span. There is not necessarily order to how the symptoms show up or any logic behind which ones may be present; any combination of these four main signs can happen together or separately.

Symptoms of ADHD In Children

Though ADHD is a common disorder, many people don’t know much about it. Here are ten things you might not know about the symptoms of ADHD in children:

Effects Of ADHD In Children

Inattention, hyperactivity, and impulsiveness are the three most common symptoms of ADHD. However, there are other symptoms that might go undetected. According to the Attention Deficit Disorder Association (ADDA), children with ADHD can also experience problems with memory, mood swings, difficulty sleeping, and eating habits, as well as low self-esteem and problems with social interactions.

It is important to be aware of these other symptoms and seek help if you think your child might have ADHD. Untreated ADHD can lead to academic and behavioral problems in children. However, with treatment, most children with ADHD can achieve success in school and lead fulfilling lives.

If you are concerned that your child might have ADHD, it is important to first rule out any other possible causes of symptoms. For example, sleep problems could be caused by another medical condition or anxiety disorder. It’s very important that your child meets with a professional to be able to diagnose whether he has ADHD. There are many treatment options. They can help you decide which one is best for your child.

How To Deal With Symptoms of ADHD In Children? 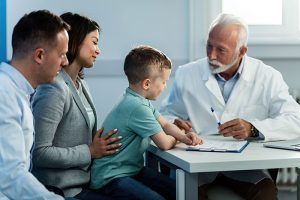 There are a few simple ways to deal with symptoms of ADHD in children. These include:

Symptoms of ADHD in children can vary a lot, and it’s often hard to tell what might be going on. If you think your child might have ADHD, the best thing to do is talk to a doctor.

Benefits Of Dealing With The Symptoms of ADHD In Children

There are many benefits to dealing with the symptoms of ADHD in children. These include:

To conclude, we hope you’ve learned a lot about ADHD and how it affects children. If your child is showing signs of the disorder or you suspect they may have ADHD, talk to their pediatrician for advice. They can help decide if an assessment by a mental health professional is needed. It is important to remember that there are many places to find help for ADHD. It can be hard without them. We wish you all the best!