Terror Management Theory is one of the most talked-about and controversial theories in psychology. It was first proposed by social psychologist, Ernest Becker in his book, The Denial of Death, in 1973. The theory has since been developed and refined by several other researchers.

The theory has been extensively researched and has garnered a great deal of attention from scholars worldwide. In this blog post, we will explore what TMT is, its key concepts, how it has developed over the years, and the various ways it has been studied. We will also hear from experts in the field about their thoughts on TMT. 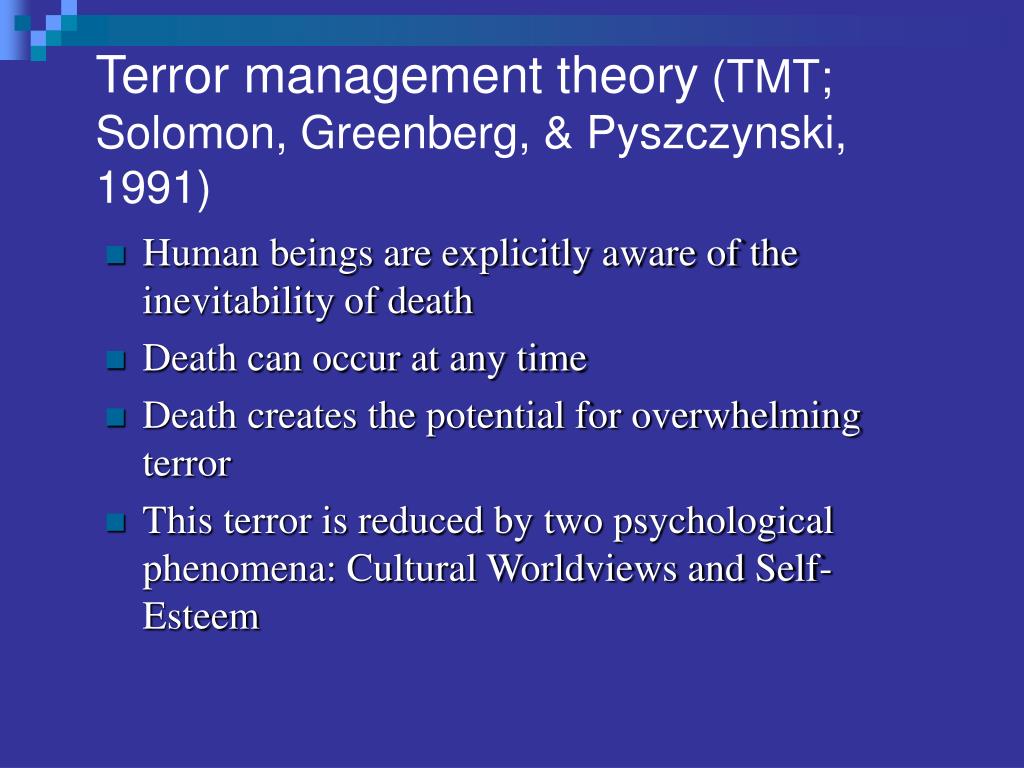 Terror Management Theory (TMT) is a social psychological theory that examines how humans deal with the awareness of their mortality. The theory was first proposed by Jeff Greenberg, Sheldon Solomon, and Tom Pyszczynski in 1987.

The fear of death is a universal human experience, and TMT posits that all humans grapple with the awareness of their mortality in one way or another. TMT examines how people manage this fear and what benefits may result from doing so.

TMT has been influential in several different areas, including social psychology, existential psychology, and the study of mortality. The theory has helped to shed light on how people deal with the fear of death and the implications of this fear.

Since its inception, TMT has been extensively researched and has yielded several findings regarding how humans cope with the fear of death. Some of these findings include; people who/:

The origins of TMT can be traced back to the work of Ernest Becker, who was the first to propose the theory in his book, The Denial of Death, in 1973.

Becker’s work focused on the idea that humans are motivated to find a way to cope with the awareness of their mortality. He argued that people employ several different defense mechanisms to deal with the fear of death.

Becker’s work was influential in the development of TMT, and many of the key concepts found in TMT were first introduced by Becker.

Since its inception, TMT has undergone development and refinement by several different researchers. The theory has been studied in a variety of different ways and has yielded a wealth of information about how humans deal with the fear of death. 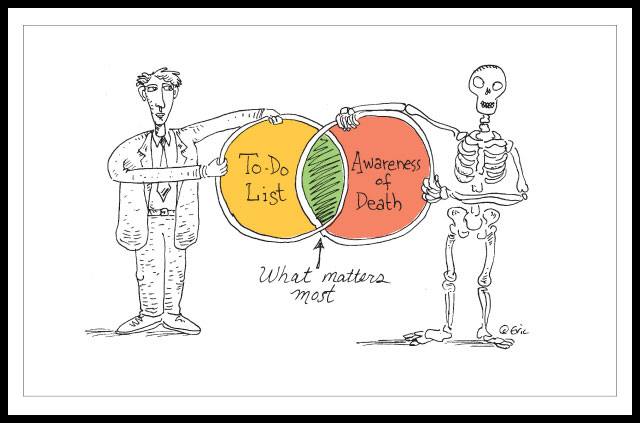 The fear of death is a universal human experience, and TMT posits that all humans grapple with the awareness of their mortality in one way or another. TMT examines how people manage this fear and what benefits may result from doing so.

Do People Cope With Mortality

One of the key questions that TMT seeks to answer is whether or not people can cope with the fear of death. The theory has yielded several findings that suggest people do manage the fear of death in several different ways. People who:

There are several different benefits that may result from managing the fear of death. Some of these include, people may/:

Do People Who Are Dying Fear Death More or Less

This may be because those who are dying have a more concrete sense of their mortality and know that they will soon be facing death. As a result, they may be less preoccupied with the fear of death.

Implications of Fear of Death 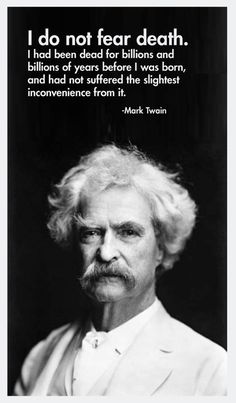 The fear of death can have several different ramifications for people’s lives. Some of these include, people may/:

NOTE: Fear can also be a motivating factor for terrorist activity.

TMT has been used to explore how the fear of death can influence people’s political views. According to research, when people are made aware of their mortality, they may become more conservative in their political views. They do it as a way to bolster their sense of self-identity and security.

Celebrity culture has become increasingly commonplace in our society. TMT may help to explain why some people are drawn to celebrities and why celebrities hold such a powerful fascination for many people. Some research has found that people who are high in self-esteem tend to be more attracted to celebrities than those who are low in self-esteem.

Does Terrorism Inspire Fear of Death

Terrorism is a major concern in the world today, and it is natural for people to feel fear in the wake of terrorist attacks. TMT may help to explain why some people respond to terrorism with more fear than others. Some research has found that exposure to terrorism can lead to an increase in the fear of death. 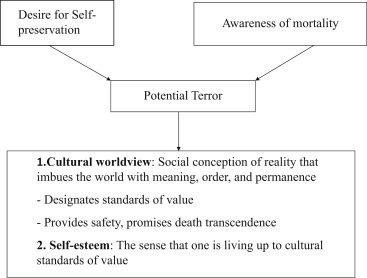 The validity of TMT has been extensively examined and it is a credible theory. The theory has withstood the test of time and continues to be influential in the field of social psychology.

Despite the criticisms, TMT remains a highly relevant and influential theory. The theory has helped to shed light on several important aspects of human behavior, and it continues to be a major topic of research. Also, TMT is relevant to a wide range of different areas, including social psychology, existential psychology, and the study of mortality.

TMT has been subjected to a great deal of scrutiny, and there is still much that is unknown about the theory. Some of the criticisms of TMT include:

To gain a more well-rounded understanding of TMT, it is helpful to hear from experts in the field. Some of the experts who have written about or studied TMT include:

There are several resources available on TMT, including books, articles, and websites. Some good places to start include:

Terror Management Theory is a well-developed theory that has been supported by a great deal of research. The theory is valid in several different areas and is relevant to a variety of different disciplines.

However, the theory is not without its criticisms and limitations. TMT offers a unique perspective on the fear of death and human behavior and is worth further exploration. Thank you for reading!