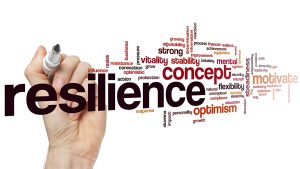 When you hear the word “resilience”, what comes to mind? For most people, resilience is associated with toughness-the ability to withstand difficult situations and overcome challenges. While this is certainly a characteristic of resilience, it’s not the only one. Resilience also encompasses qualities like adaptability, optimism, and self-confidence.

Resilience is one of the best qualities anyone can have. It’s what will enable you to bounce back from difficult situations, rise above obstacles, and achieve your goals. In order to be resilient, it’s important not to give up or let anything get in your way-especially negativity. Keep going even if things seem overwhelmingly hard because you’re only going to make them harder for yourself by giving up.

Why Is Resilience Important?

Well, think about it this way: life is full of hardships and difficulties. Nobody goes through life without experiencing some type of pain or heartache. The resilient person is the one who can pick themselves up after they’ve been knocked down and continue moving forward. They don’t give up in the face of adversity; they find a way to overcome it.

How Does Being Resilient Help? 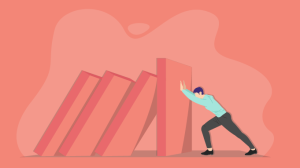 Being resilient is important because it enables you to continue moving forward even when things are tough. When you’re resilient-

Resilience is extremely important to have when you’re in school. No one wants to feel overwhelmed with all of the work they have to do, but it’s inevitable that you will occasionally get stressed out over your classes. Being resilient means not letting stress make you crumble under pressure; it means continuing to study even when you don’t want to. Think about it this way if you keep working at something even in the face of difficulty, eventually the difficult situation won’t seem so bad anymore and maybe even turn into an easy task!

Towards the end of college applications, many students are applying for internships or jobs that they desperately want to be hired for. Even if they are qualified candidates, there are hundreds of other students applying who want the same position. Knowing that it’s very competitive, these students will most likely feel overwhelmed with stress because they know that they have to stand out in order to get hired. Resilience is important when you’re trying to achieve an internship or job opportunity because it enables you to not give up during hard times. You’ll need this level of resilience if you plan on standing out among all of the other applicants! 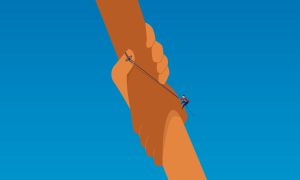 To be resilient in romantic relationships means that when things are tough, you don’t walk away from your significant other; instead, you find a way to work through the problems together. When issues arise in your relationship (and they will), try looking at them as opportunities for growth-rather than signs that you should end your relationship. Remember, the best relationships are those where there’s a lot of love and support; this makes it easier to work through difficult situations as a team!

It may come as no surprise that resilience is important in all aspects of life. When you’re resilient, you don’t allow anything or anyone to bring down your mood; instead, you remain positive and full of hope even when challenges arise! Students will need this skill if they want to make it through high school and college successfully. Professionals need resilience to be able to work their way up the corporate ladder and earn better positions without getting discouraged by difficulties or failure along the way. And finally, individuals who want healthy relationships with others must have resilience because the ability to stick together when times are tough is what makes a relationship last!

How To Be Resilient in Difficult Situations?

Now that we know what resilience is, how can you practice being more resilient in your everyday life? Here are a few tips from people who have been through tough times themselves:

Ways You Can Practice Being Resilient Every day? 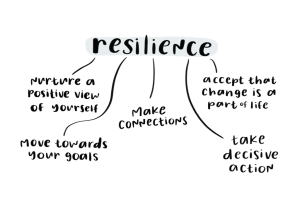 These are some of the best quotes on resilience that you can pin down on your wall.

“When you get into a tight place and everything goes against you, till it seems as though you could not hang on a minute longer, never give up then, for that is just the place and time when the tide will turn.” -Harriet Beecher Stowe

“Once we accept our limits, we go beyond them.” -Albert Einstein

“The only way out of the cage of fear is to walk through it.” -Gillian Anderson

“People may doubt what you say but they will believe what you do.” -Unknown

“What you do today can improve all your tomorrows.” -Ralph Marston

“The greatest accomplishment is not in never falling, but in rising again after you fall.”

“Nothing in this world can take the place of persistence. Talent will not; nothing is more common than unsuccessful men with talent. Genius will not; unrewarded genius is almost a proverb. Education will not; the world is full of educated derelicts. Persistence and determination alone are omnipotent.” -Calvin Coolidge

“On this day set aside to honor mothers, I want to encourage each of us to reach for the extraordinary in all that we do. If we commit ourselves, anything can be accomplished.” -Ronald Regan

“The most important thing is to enjoy your life-to be always filled with joy that’s true success!” -Anna Pavlova

“Be kind whenever possible. It is always possible.”–Dalai Lama 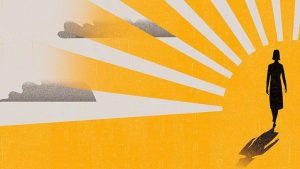 Here are some of the inspirational stories of famous public figures.

Michael Jordan was cut from his high school basketball team twice before going on to become an NBA legend and one of the best basketball players in history. He went on to win six NBA championships with the Chicago Bulls and is widely considered one of the best athletes in American history

JK Rowling was once a university dropout, divorced, living on state benefits when she wrote her first book. Now, she’s famous for her work in the Harry Potter series which has sold 450 million copies worldwide, and is one of the wealthiest women in England. All it took was one idea and hard work to make this woman’s dreams come true!

Oprah Winfrey grew up extremely poor but went on to become an extremely successful talk show host, actress, producer, and philanthropist. She got through poverty by dreaming of better things for herself and sharing her dreams with others.

Stephen King was once hit by a car while walking home from school. After spending time in the hospital, he decided that writing would be his salvation and he’s been doing it ever since! He now has over four hundred published titles under his belt-including Carrie, It, The Stand, Misery, The Dark Tower Series and so many more.

Walt Disney started out as an animator at Kansas City Film Ad Company where he learned to perfect his drawing techniques. Then in 1923, Walt moved to Hollywood to start working for the Laugh-O-Gram Studio where he created Oswald the Lucky Rabbit. However, when he was only twenty-seven years old, he saw a small cartoon called Mickey Mouse and decided to give it a try. The rest is history!

Mandy Patinkin graduated from Chicago’s Northwestern University as a theater major before moving to New York City where he starred in Broadway shows including Evita, Yentl, and the original production of Stephen Sondheim’s Sunday In The Park With George. However, after being cast as Inigo Montoya in the 1987 movie The Princess Bride, his life changed forever. He went on to star in countless other movies and TV shows over the next thirty years!

Bill Gates dropped out of Harvard University only two years into his studies to create one of the biggest companies in history: Microsoft. Since founding Apple, Microsoft has made over $1 trillion in revenue and is the most profitable company in the world. Bill Gates went on to be named one of “The World’s Most Powerful People” by Forbes magazine and Time magazine’s list of the “100 Most Influential People in The World” twice!

Resilience is the ability to recover from or adjust easily to misfortune, difficulty, or challenges. The power of resilience lies in its ability to overcome and find a way through hardship and obstacles that may otherwise seem insurmountable. It requires hope in oneself and belief in one’s abilities-which can come from many sources including family members, friends, mentors, teachers, coaches… Resilience also relies on being able to take risks without fear of failure–to know when you have failed but not let it get the best of you. In this blog post, we’ve shared some inspirational stories about people who overcame adversity with resilience–and there are so many more out there.