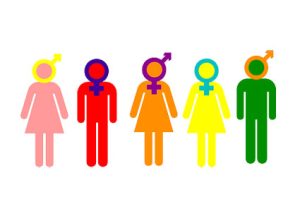 Transgender is an umbrella term used to describe people whose gender identity does not match the sex they were assigned at birth. This can include people who identify as transgender, transsexual, genderqueer, and many other gender identities. There is no one way to be transgender, and each person’s experience is unique.

There is a lot of debate surrounding the topic of transgenderism and whether or not it should be considered a mental illness. Some people believe that transgenderism is a mental disorder that requires treatment, while others assert that it is simply a different way of being that should be respected. Still, others argue that it is not actually a mental illness at all, but rather an issue of gender identity.

Is Transgenderism a Mental Illness?

Why Do People Consider Transgender A Mental Illness? 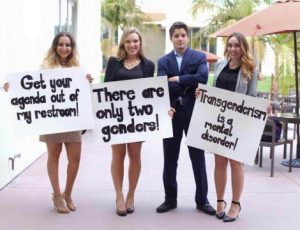 There are a number of reasons why some people believe that transgenderism should be considered a mental illness.

Transgender people may face oppression and rejection from society as a result of their gender identity, which can lead to difficulty finding employment or being accepted by the family. Transgender individuals have much higher rates of homelessness, suicide attempts, depression, and anxiety, largely due to the challenges they face in expressing their true selves and being accepted by society.

Transgender youth are especially at risk for experiencing homelessness. Which is due in part to family rejection and also discrimination and harassment in school settings. The majority of homeless youth are people of color. And transgender youth are at even higher risk for experiencing physical or sexual violence. Many shelters are not accessible to transgender people, whether they be staff or clients. Family rejection can also lead to mental health problems such as depression and alienation from society. Especially if they feel that the only option is a transition that may not always be safe. 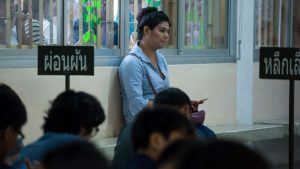 Finally, suicide rates are extremely high for transgender people. They are often targets of bullying, sexual harassment, and physical violence which can also lead to depression or substance abuse. Some may find this as the only way out of their pain(often called “suicide by cop”). All these factors can culminate to make what was already incredibly difficult life even more trying.

Transgender people experience high rates of bullying, harassment, and violence in both school and the workplace. In addition to mental health problems, such environments can also lead to physical health problems due to a lack of access to resources such as hormone replacement therapy.

In a world where funding is often short for programs that help the poor, disabled, and disenfranchised, transgender people are often left out of even the meager services available. 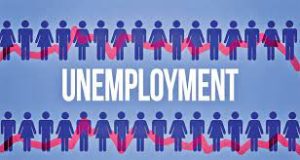 The majority of states do not have employment non-discrimination laws that include gender identity and sexual orientation.

Transgender people may experience discrimination in other areas as well; for example, at least one-fifth report experiencing harassment or bullying in school, which can lead to lower educational attainment or dropping out entirely. The majority also report being the target of slurs and jokes in the workplace or other environments.

If not addressed, this can lead to negative mental health outcomes, such as depression and anxiety. It is clear that transgender people are facing discrimination in multiple ways. Due to barriers to access to services covered by insurance companies, medical providers often do not receive enough training on how to treat transgender patients. It is leading them to be more negligent and even offensive towards transgender people.

Transgender individuals may be denied certain procedures due to their assigned gender at birth, which can result in poor health outcomes. Additionally, many insurers do not cover treatments for transgender patients or those who wish to transition.

Care and Support That Transgender Need

Transgender people often need special care and support to overcome the challenges they face in their lives, whether it be social isolation, family rejection, employment discrimination, or violence. It is important for transgender individuals to find acceptance among loved ones, have access to medical care related to their transition, and feel safe and stable in the world.

Transgender people can sometimes face harassment or violence when they express their true selves, and allies can help by intervening to prevent these incidents from occurring – for example, not tolerating transphobic jokes. Allies should also remember that transgender individuals may not want to disclose their gender identities unless they feel safe and comfortable doing so.

How to Be an Ally To Transgender People?

There are many simple things that allies can do to be supportive of transgender people, such as-

How To Aware People That Transitioning Is Not A Mental Illness? 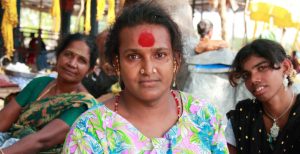 Mental illness is something that affects a person’s thoughts or feelings. It can make it hard for a person to relate to others or function on a day-to-day basis. It’s the result of changes in how the brain functions, and can be treated with therapy and/or medication.

Being Transgender Is Not A Mental Illness

Spread awareness that transgender is not a mental illness, rather it’s a medical condition, just like being born with brown hair or hazel eyes. The only difference is that we don’t know exactly what causes being transgender. We think it has something to do with the way people’s gender identity develops when they’re in the womb and in early childhood, but this is still being studied.

Things You Should Never Say To A Transgender 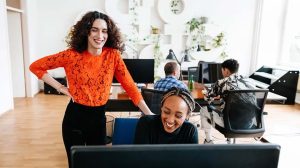 Being transgender isn’t a choice like what you wear or who your friends are. Transgender people know they’re transgender from a very young age, and feel like they were born into the wrong body. It’s not something that people do to be shocking or rebellious. There are an increasing number of resources available to help transgender people and their loved ones understand what it means to be transgender and some of the common struggles associated with it:

“Why can’t you just be normal?”

Some people think that transgender people are strange or weird. They ask, “Why can’t you just be normal?” This is an unkind thing to say to someone because it implies that they should not exist the way they do. It implies that it would be better if they were different.

People who ask this question may not intend to be unkind, but that doesn’t make the question any less hurtful. A better way to ask would be: “How can I help?” This is a much more supportive and understanding response.

“You’re just doing it for attention.”

Some people think that transgender people are pretending or making up being transgender for sympathy or attention. This is not true at all. Transgender people get plenty of attention, but it’s usually negative and very hurtful. A person who wants to transition just wants to live their life in the right gender role. They want to be happy and feel whole again like they did when they were younger before they realized they were transgender.

Some people think that the gender listed on a person’s ID is really what they are. They believe that if you put male on your ID, then you must be male and vice versa. This isn’t how being transgender works at all. A person’s gender identity is the gender they feel inside. It has nothing to do with their birth anatomy or what’s on a piece of paper.

Some transgender people choose to legally change their name and/or sex marker (the M or F written on their ID) after the transition. This allows them to live more comfortably in society as the person that feels right to them. It’s important to respect their decision, even if you think it’s not the right one for them.

Some people assume that just because a person is transgender, they must be gay. That isn’t necessarily true at all. A transgender person can be straight, bisexual, or gay just like anyone else. 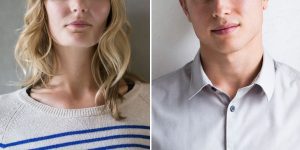 Transitioning can be very expensive, or even impossible due to many reasons. It consists of hormone replacement therapy, which can be extremely expensive without insurance(which is almost always inaccessible for transgender people), gender confirmation surgery, hair transplants, voice training lessons, etc. These are things that cannot be attained without money, and jobs are often inaccessible for transgender people. Since they face discrimination or are even put into unsafe environments.

Also, the process of transitioning is not always safe for transgender people due to a lack of medical knowledge. If they are unwilling to continue living as their assigned gender, there are often no other options other than self-medicating which can lead to many problems including potentially fatal ones.

It is also important to note that transgender people often face rejection from their birth families as well as friends and other members of society. This can lead to them being homeless or without any support structure.

So, is transgender a mental illness? The answer to this question may be different for each person. If you’re struggling with gender identity and are considering transitioning from one gender to another. It could help your mental state if you seek professional advice. However, there is no conclusive evidence that suggests those who identify as transgendered have an increased risk of developing a psychiatric disorder. Or any other type of psychological problem due to their identification. It should also be noted that the World Health Organization has not included being transgender in its list of mental illnesses. Since 1990 – long before many people even known what it meant.