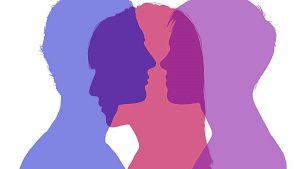 Infidelity is defined as the act of cheating on one’s spouse or significant other. This can include anything from having an affair to simply flirting with someone else.

Infidelity is a common occurrence in relationships, with an estimated 25 percent of men and 15 percent of women admitting to having affairs. But what exactly is cheating? And why do people do it?

There is no one-size-fits-all answer to this question, as cheating can mean different things to different people. Generally speaking, though, cheating is defined as having a sexual or emotional relationship with someone other than your spouse or partner. Sometimes this ‘other’ person is well known to the spouse or partner, sometimes they are a stranger. Some people cheat as a one-time mistake, but others make it a habit.

How Do Affairs work?

The most common type of affair starts online through social networking sites such as Facebook and Instagram, where individuals can meet new people and chat with them on a regular basis. Some people prefer to find new partners through apps such as Tinder, which allows users to find each other more easily and add some level of anonymity. In-person meetings often take place in bars, clubs, or other places that facilitate casual hookups. Additionally, outdoor locations such as parks and beaches are common sites for affairs.

Why Do People Cheat? 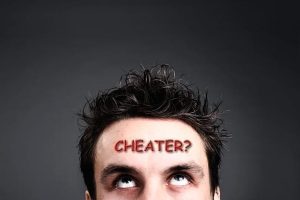 There are myriad reasons that someone might cheat on their spouse or partner. Many of those who have affairs want more sexual experiences before settling down with a single person. Whereas others feel resentful about their relationship and desire attention from another party. Still, others may feel that they deserve better than their current relationship, whether it be because of an unmet emotional need or some other reason.

There are many reasons why people cheat, but some of the most common include:

1. Sexual dissatisfaction – If one person in a relationship is not getting what they need sexually, they may turn to someone else.

2. boredom – When a relationship has become stale or routine, some people may look for excitement elsewhere.

3. lack of attention – If one partner feels like they’re not being given enough attention, they may seek it elsewhere.

There are certain signs that may indicate that your partner is cheating on you. If you’re noticing any of the following behaviors, it might be time to have a conversation about what’s going on.

What To Do If Your Partner Is Cheating?

If you feel like your partner is cheating on you, the best thing to do is confront them about it in a calm and non-accusatory way. Don’t accuse them of anything or attack them verbally. This is unlikely to get you any useful information and may put into motion a series of events that you don’t want to happen. Instead, try asking questions such as: “Is there something going on that I should know about?” “There’s been some talk at work about affairs; is everything OK with us?” and “Have you done anything recently that makes me uncomfortable? Because I’m starting to feel like something’s wrong.”

If you feel like your partner may be cheating on you or if they are acting secretive, defensive, or withdrawn, it is best to start looking for signs of infidelity. This can help you find out the truth and come up with a game plan to fix the relationship if necessary.

It’s one thing to suspect that your partner is cheating on you; it’s another thing entirely when you get proof. Once this happens, there are certain steps that you should take in order to proceed.

1. Go somewhere private where no one can interrupt or overhear you. Make sure that this place contains things that will help ease your emotions (such as a box of tissues, for example).

2. Take some time to process what you’re feeling and think about whether or not you want to confront your partner about the cheating.

3. If you do decide that you want to confront them, it is best to wait at least twenty-four hours before bringing it up so that you can get yourself together emotionally first.

4. Approach your partner in a calm, non-accusatory way and simply ask them if they’ve been unfaithful on purpose or by accident. Try avoiding words like “cheated” or “affair,” which may make your partner become defensive or hostile right off the bat.

5. Keep an open mind when they explain their side of things. Try to determine whether or not they seem remorseful and how likely it is that something like this might happen again.

6. If you feel that your partner understands what they did wrong, forgive them if you can (as long as they promise to never do it again). If, on the other hand, you think their actions were unforgivable, check out our guide on ending a relationship with someone who cheats.

7. Expect cheating to damage the trust in your relationship and take steps to repair it so that this doesn’t happen again. Remember that trust must be earned and can’t be repaired overnight; this process will probably take months at least.

8. Never bring up the subject of infidelity ever again 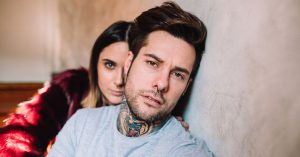 There are many different types of affairs, but most fall into one of two categories: emotional infidelity and sexual infidelity. Emotional infidelities involve feelings of love or affection being directed at someone else. These kinds of affairs can be just as damaging as sexual ones. Because they either mimic or lead to a romantic relationship down the line. Sexual infidelities involve physical intimacy, usually in the form of intercourse. Sexual affairs are easier to conceal than emotional ones because they are less likely to resemble actual relationships.

There are different levels and types of affairs, including:

1. Physical/romantic – This is the most obvious type of affair because there’s usually an emotional connection involved in this type of cheating.

2. Cybersex – This is another form of cheating where someone gets off by having sexually stimulating conversations with someone online or through texts.

3. A dangerous liaison – These affairs are often physical, but they can also include an emotional component, like when people cheat on their spouses while traveling for work.

Catching someone in the act of cheating is the most obvious way to discover that your spouse or partner is having an affair. However, it’s not always that easy. For instance, if you leave your phone with your significant other and he or she discovers ‘sketchy’ text messages with another person on it. There might be a problem. Similarly, if you find suspicious photos or videos on a shared computer or camera. This could be cause for concern as well. It’s also possible for people to detect cheating via their partners’ online behavior through social media or changes in their mood or behavior. In any case, if you find that your spouse or partner is cheating on you. It’s important to confront them immediately with the evidence of their infidelity.

How To Talk About Infidelity? 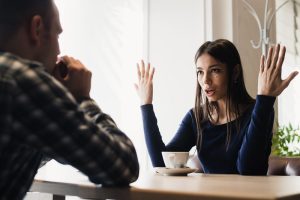 There is no ‘right’ way to respond when discovering a partner’s infidelity. But whatever decision you make should be done responsibly and with care for yourself and others involved. If the relationship has been going on for some time. There might be children involved as well as shared property so being careful about what happens next is key. You also need to consider that cheating is often a response to problems within the relationship itself. So looking at ways that disagreements might have escalated into affairs could help prevent future infidelity.

If you discover your spouse is cheating, it can be a traumatic experience. What steps should you take in order to deal with the situation?

1. Be calm when confronting them – If you confront your partner while angry or aggressive, they may not be willing to listen to what you have to say.

2. Don’t lash out – While it may be tempting, don’t punish the other partner in an attempt to get back at your spouse.

3. Ask why they cheated – It can be helpful for both partners to understand what led them to cheat on their significant other.

4. seek marital counseling – If the marriage has a chance of surviving an affair, it is best to seek help from outside sources

Recovering from an Infidelity 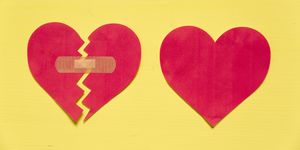 If you and your significant other are able to work through an affair. There are some steps that can help speed up the recovery process. These include:

1. Be patient – While both partners are probably already eager to get the marriage back on track, rushing things will only make things more difficult.

2. Allow for time apart – If the unfaithful partner needs some space, give them what they need.

3. Make it clear you still love them – Even after an affair, chances are good that the unfaithful partner still loves their spouse. If they need to hear it, let them know.

4. Focus on the future – Creating a better future for both of you is the best way to move forward in your marriage instead of looking in the rearview mirror.

In general, it is a bad idea to have affairs for multiple reasons. One reason is that people who have affairs often end up developing emotional attachments to their partners. It can grow into full-blown love in some cases. This might seem like something that would strengthen the original relationship between two people. But, in reality, having emotional ties with more than one person at once will almost always lead to complications. Additionally, when you place yourself or your time in the hands of another individual (by having an affair). This increases the chances of them exploiting you and taking advantage of your situation for their own gain. If we want to be respected by our spouses or partners we should make sure we respect them first by not engaging in affairs.

If you are concerned that your spouse is cheating on you, there are a few things to look for. First of all, it’s important to remember that some infidelity can be innocent and happen without intent. However, if this happens more than once or twice in the course of a marriage. Then chances are high that something else may be going on. It’s also possible for one partner to have an affair while the other has no idea they were being unfaithful.

If you think your spouse might be having an emotional affair with someone at work or through social media, don’t accuse them until you can find out what exactly they’re doing online or over text messages with their lover- not just assume it’s innocent. In the end, if you think your partner is cheating on you it’s best to trust your instincts and look out for warning signs to confirm or deny what’s going on in your marriage.