When most people think of OCD, they think of someone who is excessively clean or germophobic. While this is one type of OCD, there are actually many different types. In some cases, OCD can be a sign of dementia. Dementia is a condition that affects the brain and causes problems with memory, thinking, and behavior. In this blog post, we will discuss the link between OCD and dementia, and explore this connection and how you can deal with it.

OCD, a popular acronym for Obsessive-Compulsive Disorder, is an anxiety disorder that is characterized by obsessions and compulsions. Obsessions are unwanted, intrusive thoughts, images, or urges that trigger anxiety. Compulsions are repetitive behaviors or mental acts that a person feels compelled to do in order to relieve the anxiety caused by the obsessions.

Typically, when we hear the word OCD, we think of someone who is extremely clean or germophobic. However, this is just one type of OCD. Some other types of OCD include:

While these are just a few examples, OCD can be manifested in many different ways. It is important to remember that everyone experiences OCD differently.

Dementia is a general term for a decline in mental ability due to disease or injury. This decline can include problems with memory, thinking, language, and judgment. Dementia affects people of all ages but is most common in older adults.

Link Between The Two Conditions 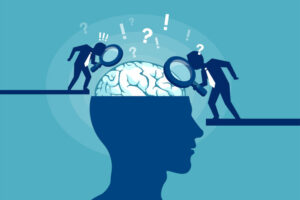 The link between OCD and dementia is still relatively new and more research is needed to fully understand the connection. However, the data from this study provides us with a better understanding of how these two conditions may be connected.

Do They Have Any Similarities?

Now that we are aware of the link between OCD and dementia, it is important to ask the question: do these two conditions share any similarities? The answer to this question is still unknown, but there are some theories.

If you or someone you know has symptoms of OCD and dementia, it is important to see a doctor for an evaluation. Early diagnosis and treatment of both conditions are essential for managing the symptoms.

Do They Have Any Differences? Just like similarities, there are also some key differences between OCD and dementia.

While OCD and dementia may share some similarities, there are also some key differences between the two conditions. It is important to be aware of these differences so that you can get the proper diagnosis and treatment if you or someone you know is affected by either condition. 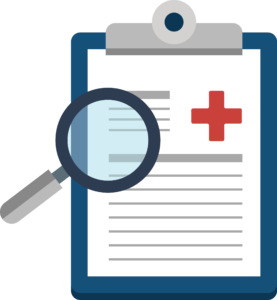 Diagnosis for both these condition can be tricky. For OCD, it is often diagnosed by checking the presence of certain symptoms. Dementia, on the other hand, is diagnosed by ruling out other potential causes of cognitive decline.

There are many different types of dementia, and each one has its own set of symptoms. This can make diagnosis difficult, as some symptoms may be attributed to other conditions. For example, memory loss is a common symptom of both Alzheimer’s disease and Lewy body dementia. However, memory loss can also be caused by other conditions, such as depression or anxiety.

A doctor may use different tests to help diagnose dementia, such as neuropsychological testing, brain imaging, and blood tests. However, there is no one test that can definitively diagnose dementia.

The DSM-5, also known as the Diagnostic and Statistical Manual of Mental Disorders, is the gold standard for diagnosing mental disorders. It lists various symptoms and criteria which are essential to make a diagnosis.

To be diagnosed with OCD, a person must have obsessions and/or compulsions that cause them distress and interfere with their daily life. The DSM-V also states that the obsessions and compulsions must not be due to another medical condition or substance abuse.

There are no specific criteria for diagnosing dementia in the DSM-V. However, the manual does state that dementia must cause impairment in at least two cognitive domains, such as memory, language, or executive function. A professional with an eligible license can only give a definite answer.

There is no one-size-fits-all approach to treating OCD or dementia. However, there are several treatment options available for both conditions. Both differ due to the fact that OCD is a treatable condition while dementia is not.

Cognitive behavioral therapy (CBT) is a common treatment for OCD. It involves working with a therapist to identify and change negative thoughts and behaviors. Exposure and response prevention (ERP) is another type of CBT that involves gradually exposing oneself to their triggers and learning to resist the urge to perform their compulsions.

Medication is another treatment option for OCD. The most common type of medication used to treat OCD is selective serotonin reuptake inhibitors (SSRIs). SSRIs work by increasing levels of serotonin in the brain, which can help reduce obsessions and compulsions. There are also other types of medications such as tricyclic antidepressants and antipsychotics that can be used to treat OCD. Some alternate treatments for OCD include transcranial magnetic stimulation (TMS) and deep brain stimulation (DBS). There are also several natural treatments such as supplements, meditation, and yoga that can be used to help reduce OCD symptoms.

There is no known cure for dementia. However, there are treatments available that can help manage the symptoms of the condition. These include medications, therapies, and lifestyle changes. Medications for dementia help with memory, concentration, and sleep. Most common medications include cholinesterase inhibitors and memantine. Cholinesterase inhibitors work by boosting levels of a chemical called acetylcholine. This chemical is important for memory and other cognitive functions. Memantine is an NMDA receptor antagonist. NMDA receptors are involved in learning and memory.

In addition to medications, there are also several non-pharmacological treatments such as cognitive stimulation therapy, which involves activities to help improve thinking and memory. More such therapeutic interventions are available for patients with dementia. Some examples can include music therapy, art therapy, and reminiscence therapy.

Lifestyle changes can also help manage the symptoms of dementia. These include exercise, a healthy diet, social activities, getting enough sleep, and mental stimulation. Taking steps to reduce stress can also be helpful.

It is important to note that there is no one-size-fits-all approach to treating dementia. The best course of treatment will vary depending on the individual. OCD and dementia can be a difficult combination to deal with. However, there are treatments available that can help manage the symptoms of both conditions. If you or someone you know is struggling with OCD and dementia, it is important to talk to a professional about treatment options. With the right treatment, it is possible to manage both conditions effectively.

In conclusion of the above, we can determine that OCD and dementia can be a difficult combination to deal with. However, there are treatments available that can help manage the symptoms of both conditions. While there is no known cure for either of them, guidance and help can be easily accessed to make living with them easier.

If you are searching for a reliable, affordable, and effective source for seeking help for OCD or similar issues, reach out to Therapy Mantra. We are a team of highly trained mental health professionals offering online therapy services. Contact us today to learn more about how we can help you or your loved ones. Visit our website to book an online therapy or you may also download our free OCD treatment app on Android or iOS for more information.