Geodon is a medication used to treat schizophrenia and bipolar disorder. It belongs to a class of drugs called atypical antipsychotics. As with any medication, it is important to understand the potential side effects before taking Geodon. In this blog post, we will take a quick look at the side effects associated with Geodon use. We will also provide some tips on how to reduce the risk of experiencing these side effects.

Geodon (Ziprasidone) is a prescription medication used to treat schizophrenia and acute mania or mixed episodes associated with bipolar disorder in adults. It is also used off-label for the treatment of other mental health conditions, including depression and anxiety disorders.

This medication belongs to a class of drugs called atypical antipsychotics (also known as second-generation antipsychotics). It works by changing the activity of certain chemicals in the brain, thereby, helping you think clearly and have control over your emotions.

Ziprasidone works by decreasing abnormal activity in the brain. It is believed to work by blocking dopamine and serotonin receptors on nerve cells in the brain. It also affects other neurotransmitters including acetylcholine, histamine, etc.

Most Important Information About Geodon (Ziprasidone)

There are some specific things that you should be aware of before taking Geodon, including the following. Ziprasidone:

Pregnancy: There is a risk for birth defects if you take ziprasidone during pregnancy. Talk to your doctor about the risks and benefits of taking ziprasidone while pregnant.

Breastfeeding: Ziprasidone may pass through breast milk and cause side effects in a breastfeeding baby. Talk to your doctor about the risks and benefits of taking ziprasidone while breastfeeding.

Thus, Ziprasidone should not be used during pregnancy unless the benefits outweigh the risks. It is important to talk to your doctor about all possible options before taking this medication if you are pregnant or plan on becoming pregnant shortly.

Things I Should Discuss With My Doctor

There are a few other things that you should discuss with your doctor before taking Ziprasidone, including the following: 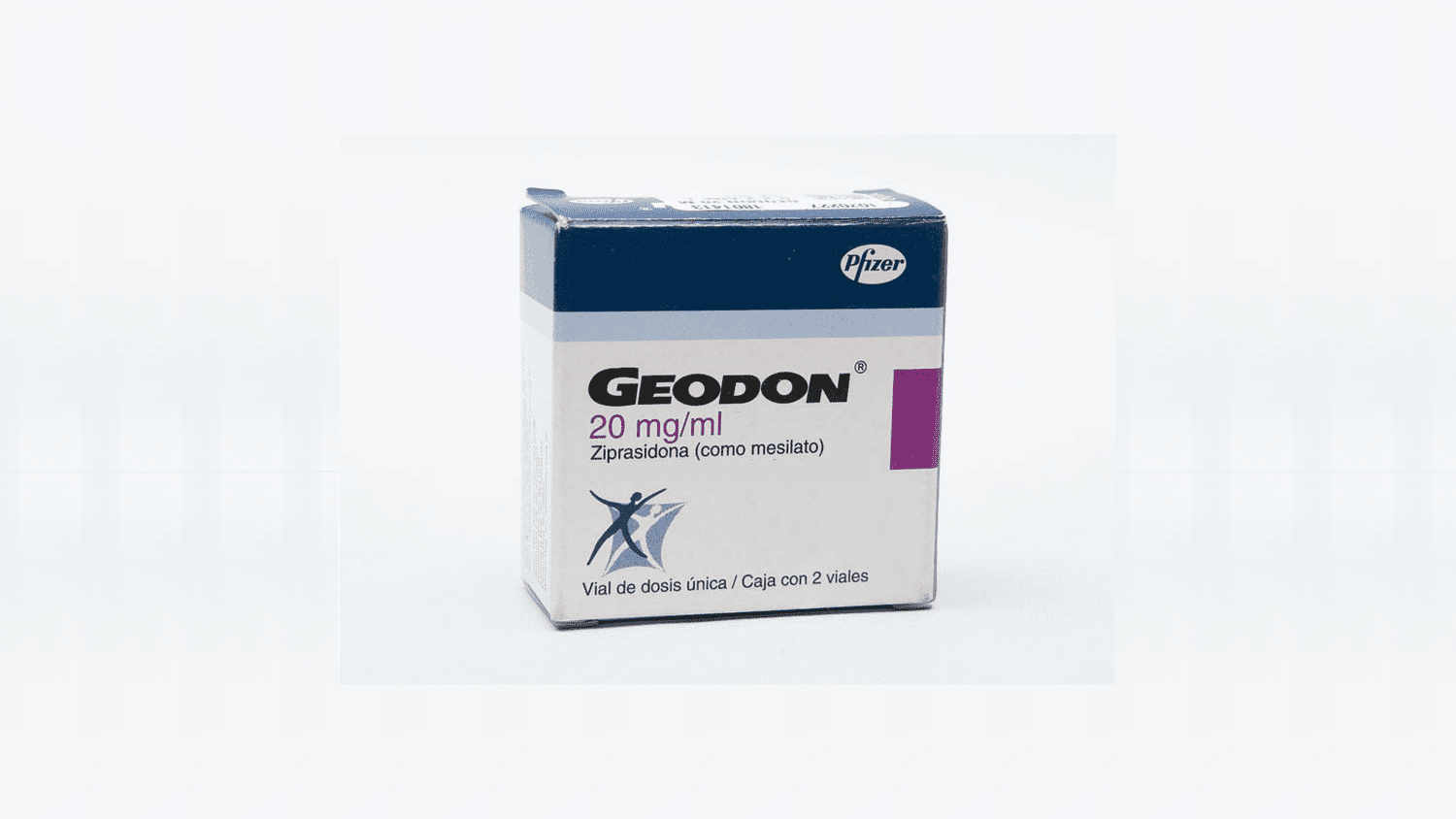 Geodon is available as an oral capsule, a solution to be taken by mouth, and an injection. The oral capsules are available in 40mg, 60mg, and 80mg strengths.

How Should I Take Geodon (Ziprasidone)?

What Will Happen If you Miss a Dose of Geodon (Ziprasidone)?

The best way to avoid missing a dose is by setting an alarm on your phone or watch that reminds you when it’s time for the next one. The goal here is simply not to forget about it, so don’t worry if you do miss a dose every once in a while.

If it’s close to the time of your next dose, just take the one that’s scheduled and don’t worry about it. However, if you miss more than one dose or forget to take Ziprasidone for an extended period, contact your doctor immediately.

What Happens If I Overdose With Geodon (Ziprasidone)?

An overdose of ziprasidone can be fatal. The first symptoms are usually drowsiness, nausea, vomiting, and diarrhea. Other signs may include a fast heartbeat or low blood pressure (hypotension). If you suspect an overdose, contact your local poison control center immediately at 800-222-1222 or call 911.

What Should I Avoid While Taking Geodon (Ziprasidone)?

Some medicines can cause unwanted or dangerous effects when used with ziprasidone, especially:

Avoid drinking alcohol while taking Geodon because it can increase the risk of side effects such as drowsiness and dizziness. Professionals recommend that you should not drive or operate heavy machinery if you are taking this medication.

NOTE: Make sure to tell your doctor about all the medications you are taking before starting ziprasidone.

What Happens If I Stop Taking Geodon (Ziprasidone)?

If you stop taking ziprasidone suddenly, you may experience some withdrawal symptoms. These can include nausea, vomiting, diarrhea, and dizziness. Your doctor may recommend a gradual dose reduction to help minimize these effects.

How Long Does It Take For Geodon (Ziprasidone) To Work?

Most people notice the effects of ziprasidone within one to two weeks of starting treatment. It can take up to six weeks for this medication to reach its maximum effectiveness, so don’t expect any results right away.

So, is Geodon a good medication for you? This depends on your situation and health history. Moreover,

Side Effects Of Geodon (Ziprasidone) 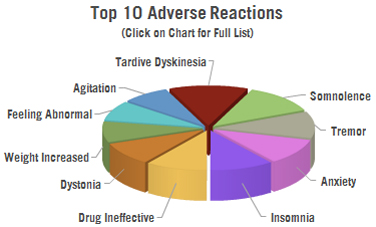 The most common side effects of ziprasidone include:

Less common but more serious side effects can include:

Medications That May Interact With Geodon (Ziprasidone)

Medications that can interact with ziprasidone include:

Effects of Interactions on Body

NOTE: It is important to discuss all the risks and benefits of taking ziprasidone with your doctor before making a decision. And as always, if you experience any serious side effects while taking this medication, contact your doctor right away.

Doctors may prescribe several other medications instead of Geodon, depending on your situation.

Many different types of antidepressants can help with certain symptoms of schizophrenia and bipolar disorder. These include:

NOTE: Discuss all of your treatment options with your doctor to find the best medication for you. 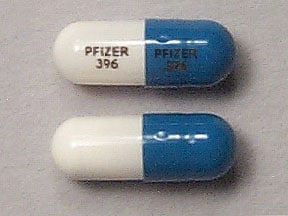 Overall, Geodon is a fairly well-tolerated medication. However, like with any other drug, there are some potential side effects that you should be aware of before starting treatment. It’s important to discuss all the risks and benefits of taking ziprasidone with your doctor before making a decision. And as always, if you experience any serious side effects while taking this medication, contact your doctor right away.

DISCLAIMER: This is not medical advice. Please consult your doctor before taking any medications, supplements, or herbal remedies.

If you are experiencing any side effects while taking Geodon, there are a few things that you can do to help manage them.

These tips are for specific side effects:

NOTE: If you are experiencing any serious side effects, be sure to contact your doctor right away.

“Geodon is a medication that works by preventing the reuptake of serotonin and norepinephrine in the brain. It is effective at treating depression, panic disorder, social anxiety disorder (SAD), obsessive-compulsive disorder (OCD), posttraumatic stress disorder (PTSD), and attention deficit hyperactivity disorder (ADHD). It also helps reduce symptoms of schizophrenia and bipolar disorder.”

“Geodon is a very good medication for treating the symptoms of ADHD, but it has some serious side effects that limit its use in children under 18 years old. In addition to causing weight gain and sleepiness, Geodon can increase the risk of heart problems, suicidal thoughts and behaviors, and tics. It can also cause a rare but serious condition known as a neuroleptic malignant syndrome (NMS).”

“George is a 38-year-old man who has bipolar disorder. His doctor prescribed him Geodon to help control his symptoms. George has been taking the medication for about two weeks and has noticed some changes in his mood and behavior. He is now more irritable and angry than he used to be, and he’s having a hard time sleeping. He’s also been having problems with constipation and has developed a rash on his chest.”

George should talk to his doctor about these symptoms. It’s possible that he is experiencing side effects from the Geodon, or that it isn’t working well for him. His doctor may decide to switch him to another medication, such as quetiapine or aripiprazole.

While Geodon may be a good medication for some people, it is not always the best choice. If you are experiencing any unusual or severe side effects, be sure to talk to your doctor about alternatives. There are many different medications available and each person’s situation is unique, so it’s important to find the right one for you.