In order to understand the history of the DSM, we must first take a look at its predecessor: the Statistical Manual of Mental Disorders. The Statistical Manual was published for the first time in 1952, and it was used to track statistics on mental disorders. It was only meant to be used as a research tool, and it did not include any diagnostic criteria. In 1968, the first edition of the DSM was published. This edition included diagnostic criteria for mental disorders, and it quickly became popular among clinicians. Since then, several editions have been published, each one including more diagnoses and information about mental health treatments. 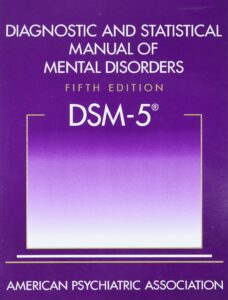 DSM is the Diagnostic and Statistical Manual of Mental Disorders, published by the American Psychiatric Association (APA). It is used to diagnose mental disorders. The first edition was published in 1952. The DSM has been revised several times. The most recent revision, DSM-V, was published in 2013. DSM-IV was criticized for being too reliant on clinical judgment, rather than empirical evidence.

DSM-V attempted to address this criticism by including more measures of diagnostic reliability. However, it was still criticized for being overly complex and not user-friendly. This also led to the development of the ICD-11, which is intended to be more user-friendly.

The DSM is not without its critics. Some argue that it pathologizes normal human experience. Others argue that it medicalizes mental disorders, which can lead to stigma and discrimination. However, the DSM is still widely used by mental health professionals around the world.

The history of DSM is a long and complicated one. The first DSM was published in 1952, and it has been revised numerous times since then. The development of DSM has been marked by controversy and debate, as different groups have disagreed about which disorders should be included and how they should be classified.

The original DSM was developed by a group of psychiatrists who wanted to create a standardized system for diagnosing mental disorders. At the time, there was no standard way to classify mental disorders, so each doctor tended to use their own system. This made it difficult to compare diagnoses or track trends in mental illness.

The first DSM listed 106 disorders, and it has grown significantly over the years. The most recent edition (DSM-V) includes over 500 different disorders. The DSM is constantly being revised as new research emerges and our understanding of mental illness evolves.

The DSM has been criticized for its lack of scientific validity, its potential to label people with false diagnoses, and its role in the over-diagnosis of mental disorders. However, it remains the most widely used system for diagnosing mental disorders in the United States.

Difference Between DSM-IV and DSM-V?

The difference between DSM-IV and DSM-V is that the latter offers a more holistic approach to diagnosing mental disorders. It also contains significant changes in how some disorders are classified.

For example, Asperger’s Syndrome is no longer its own diagnosis but is now considered a form of autism spectrum disorder. The change was made because there was growing evidence that there was little difference between Asperger’s and other forms of autism.

Another difference is that the DSM-V contains specific criteria that must be met in order for a diagnosis to be made. This is intended to make diagnoses more accurate.

The most significant change in the DSM-V is the addition of the severity specifiers. These allow mental health professionals to specify how severe a person’s symptoms are. This information can be used to tailor treatment plans and track a person’s progress over time.

While some people may see the changes as controversial, they are based on years of research and are designed to improve our understanding and treatment of mental disorders.

DSM is an important tool for understanding mental disorders and providing treatment. The first edition of DSM was published in 1952 and it has undergone several revisions since then. The most recent revision, DSM-V, was published in 2013. The development of DSM has been a long and complex process, involving many different experts and stakeholders. Despite its imperfections, DSM has played a vital role in advancing our understanding and treatment of mental illness.

We hope that this brief history has provided some insights into the development of this important document. Thank you for reading.