Since its creation in 1952, the Diagnostic and Statistical Manual of Mental Disorders (DSM) has been the go-to reference for mental health professionals diagnosing and treating patients. The DSM is a comprehensive catalog of all known mental health disorders, with detailed descriptions of each condition. It has revised multiple times over the years, with the most recent edition released in 2020. This blog post will provide an overview of the history of the DSM, from its inception to the present day.

What Is Diagnostic and Statistical Manual of Mental Disorder (DSM) 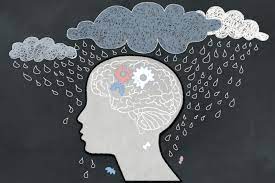 The diagnostic and Statistical Manual of Mental Disorder (DSM) is mainly used in the United States by researchers, therapists, and psychiatrists. It is a handbook that has all the mental disorders and their symptoms categorized. This manual is use to diagnose any patient with mental health issues and helps in treatment.

However, it contains all the mental health disorders that are currently recognized by medical professionals. The DSM is also constantly updated with new information as research on mental health progresses.

The History of DSM 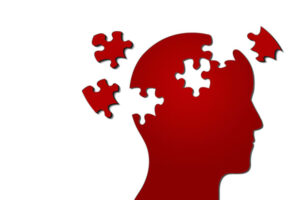 The DSM has updated over the years to reflect changes in mental health diagnoses. This is not without its critics, however. Some argue that it pathologizes normal behavior and that the diagnoses are not based on scientific evidence. Others argue that the DSM is use to enforce cultural norms and values.

Despite its critics, the DSM has been widely adopted by psychiatrists and other mental health professionals around the world. It is consider the “gold standard” for diagnosing mental health disorders.

The first DSM published in 1952 and consisted of a single volume. The manual listed 102 mental disorders, grouped into 16 categories.

In 1968, the second edition of the DSM published. This edition contained 182 mental disorders, which grouped into 22 categories.

The third edition of the DSM published in 1980. This edition introduced new diagnostic criteria and increased the number of mental disorders to 265.

The fourth edition of the DSM published in 1994. This edition introduced a new system for classifying mental disorders, known as the Diagnostic and Statistical Manual of Mental Disorders, Fourth Edition (DSM-IV). The DSM-IV also increased

In 2012, a task force convened to begin work on the fifth edition of the DSM (DSM-V). The task force introduced several changes, including the elimination of Asperger’s disorder and the addition of new disorders, such as binge eating disorder and hoarding disorder. Most importantly, the DSM-V published in 2013 and contained over 157 mental disorders.

Is DSM Mindful or Mindless? 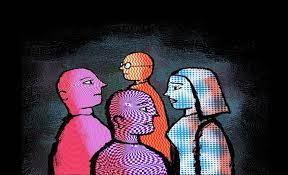 There are certainly benefits to using DSM as a diagnostic tool. It can help provide a common language for mental health professionals to use when discussing disorders. It can also provide a framework for understanding how disorders develop and may offer some clues to treatment options.

However, there are also drawbacks to using DSM. One of the main criticisms of DSM is that it pathologizes normal behaviors. For example, if you have a lot of anxiety, you may diagnose with Generalized Anxiety Disorder. This could lead to unnecessary and harmful treatments such as medication. Additionally, the diagnosis of mental health disorders can be subjective which can lead to disagreements among professionals.

In the end, it is up to each individual to decide if DSM is mindful or mindless.

In concluiosn, the DSM has been around for a long time and has undergone many changes. It is constantly updated and revised to reflect the latest research on mental health diagnoses. While it has come under criticism in the past, it remains the most comprehensive and widely used system for diagnosing mental disorders.

Thank you for reading! I hope this gives you a better understanding of history of the DSM and how it impacts mental health diagnoses today. For further information you can read our another blog posts.