The DSM-5 is the latest edition of the Diagnostic and Statistical Manual of Mental Disorders, a manual used by psychiatrists and other mental health professionals to diagnose mental disorders. In May 2013, the DSM-5 was published. It has been met with several criticisms around the world. In this blog post, we will answer some of the most frequently asked questions about the DSM-5.

Frequently Asked Questions About The DSM-5 Of Mental Disorders 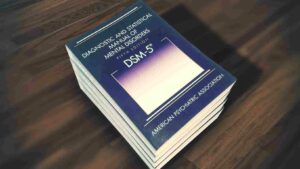 Frequently asked questions about a particular point are known as FAQs. In this case, the topic is the DSM-V, which is the fifth edition of the Diagnostic and Statistical Manual of Mental Disorders. Moreover, DSM-5 is the most recent edition of the DSM. The American Psychiatric Association (APA) published the DSM-V in 2013.

There are some of the most frequently asked questions about the DSM-V.

A: The Diagnostic and Statistical Manual of Mental Disorders, Fifth Edition (DSM-V) is the most recent edition of the American Psychiatric Association’s (APA) classification and diagnostic tool. The DSM is not just a manual for clinicians; it also provides a common language for researchers to communicate about mental disorders. The DSM helps ensure that everyone is working with the same definitions and criteria when studying a particular disorder.

The fifth edition of the DSM (DSM-V), published in May 2013, made some important changes to how mental disorders are diagnosed. Most notably, it combined several categories of disorders into new ones and introduced the concept of “dimensional assessments” to allow for a more nuanced understanding of each individual.

Q: How does the DSM-V define mental disorders?

A: The DSM-V defines mental disorders as “a syndrome characterized by clinically significant disturbance in an individual’s cognition, emotion regulation. Or behavior that reflects a dysfunction in the psychological, biological, or developmental processes underlying mental functioning.” In order to be diagnosed with a mental disorder. An individual must exhibit symptoms that cause clinically significant distress or impairment in social, occupational

Q: What is the purpose of the DSM?

A: It also provides a common language that allows mental health professionals to communicate about their patients’ symptoms and treatment plans. The DSM can also be used to guide research on mental disorders.

Q: What is an example of a diagnosis in the DSM-V?

A: Examples of diagnoses in the DSM-V include Major Depressive Disorder, Generalized Anxiety Disorder, and Posttraumatic Stress Disorder. It works by grouping together symptoms that commonly occur together.

Q: How is the DSM-V different from the DSM-IV?

A: The most significant change in the DSM-V is the move towards a more dimensional approach to diagnosis. It takes into account both severity and frequency of symptoms. The DSM-V also includes new and expanded definitions of some existing disorders. Such as autism spectrum disorder and attention deficit hyperactivity disorder (ADHD).

Q: What is the difference between the DSM-IV and DSM-V? 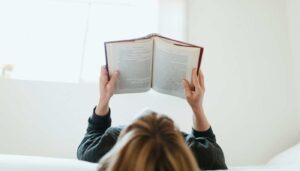 A: The fifth edition of the Diagnostic and Statistical Manual of Mental Disorders (DSM-V). It was published in May 2013. The DSM-V includes some significant changes from the previous edition (DSM-IV), including:

Q: What is DSM-5 TR and how it was developed?

A: DSM-TR stands for the Diagnostic and Statistical Manual of Mental Disorders, Fifth Edition, Text Revision. DSM-TR is developed by the American Psychiatric Association (APA). And provides a common language and standard criteria for the classification of mental disorders. It is used by clinicians and researchers to diagnose and study mental disorders.

A: No. The DSM-TR is a classification system and does not include treatment information. It is often a starting point for research on mental disorders. It can be used to help in order to formulate treatment plans.

A: ICD is the International Classification of Diseases, Tenth Revision. World Health Organization (WHO) has developed this. DSM-TR can be used in conjunction with ICD codes to provide a more complete picture of mental disorders.

Q: Why did APA remove DSM code and replaced it with ICD code in DSM-TR?

A: The APA removed the DSM codes in DSM-TR to align with the WHO’s ICD coding system. This change will help facilitate international research and collaboration on mental disorders. The main purpose behind this decision was to create a more uniform system of diagnosing mental disorders.

Q: What is the difference between DSM-IV and DSM-TR?

Q: Will there be a new edition of the DSM after the publication of DSM-TR?

A: Yes, it is likely that there will be a new edition of the DSM in the future. Although, it is not clear yet about the further changes in the new edition. Stay tuned for more information as it becomes available! 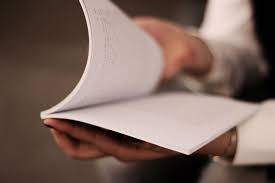 Q: How to learn more about the DSM-5?

A: The American Psychiatric Association (APA) published the DSM-V in 2013. You can learn more about it on their website, or pick up a copy of the manual. The APA also offers training and workshops on the DSM-V.

A: Professionals who work with people with mental disorders use the DSM-5. It includes psychiatrists, psychologists, social workers, counselors, nurses, and occupational therapists.

Q: How does the DSM-V affect treatment?

A: The most significant way that DSM-V affects treatment is through insurance reimbursement. This can limit treatment options for people with mental disorders. It is important to check with your insurance company to see what treatments they will cover.

Conclusively these frequently asked questions about DSM-5. These FAQs provide a brief overview of DSM-V. While revisions are not perfect, the DSM-V provides a common language and framework for understanding mental disorders.

If you have any questions about the DSM-V or would like to learn more about specific disorders. Then, please contact a qualified mental health professional. Remember, if you are experiencing distress or symptoms that are impacting your day-to-day functioning, reach out for help. Thanks for reading, hope these DSM-V FAQs were helpful.