Anger is a natural emotion that we all feel from time to time. It can be helpful in certain situations, such as when we need to stand up for ourselves or defend someone we care about. However, anger can also be destructive and lead to problems in our relationships if it’s not handled correctly. In this blog post, we will discuss tips for dealing with a fit of anger in a relationship. We will provide strategies for conflict resolution that can help keep the peace.

What Is Anger In Relationship? 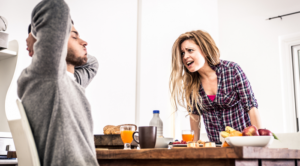 Anger in a relationship is one of the most complex problems. It is a kind of emotion that can trigger many negative situations and turn relationships into toxic ones.

Anger affects not only your relationship but also your physical and mental health. You may feel anxiety, stress, aggression, or even depression when you are angry with someone in a relationship.

If anger continues to affect your relationship and you do not know how to deal with it, this article is the right place for you. It also gives you some ways to resolve anger and conflict in your relationship.

Signs of Anger In Relationship 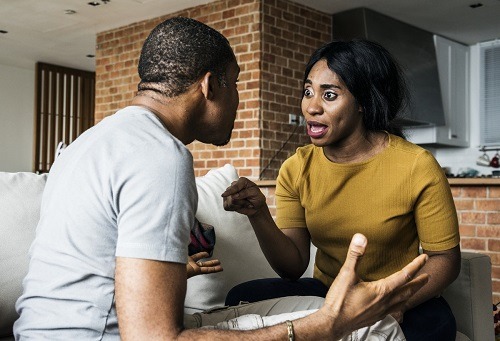 Many signs show when anger appears in a relationship. The most common one is yelling and screaming. If you hear your partner shouting, complaining, or using abusive language, then it is likely that they are feeling angry. Some of these are:

There can be a lot of causes for arguments in a relationship, but anger is usually the main reason. If you and your partner are always arguing about something, one or both of you is likely feeling angry all the time. Sometimes it may be because you are very jealous of each other, feel insecure, or do not trust one another.

Another sign that shows anger in a relationship is defensive and aggressive behavior. If your partner becomes very protective when they are angry with you, they will likely become violent toward you. They may also act aggressively toward others around them like their family members or friends by yelling at them or hitting them without any reason.

This can when someone feels angry and tries to hurt you emotionally. They may say some hurtful things like “You are a bad person” or “I hate you so much.” There are many ways that an angry person can hurt you emotionally, and it is very damaging to your relationship.

Sometimes, violence also appears in a relationship when someone is feeling angry. This can include physical violence, such as hitting, punching, or pushing. It can also be emotional violence like threatening to hurt you or your family members, stalking you, or harassing you.

Causes of Anger In Relationship 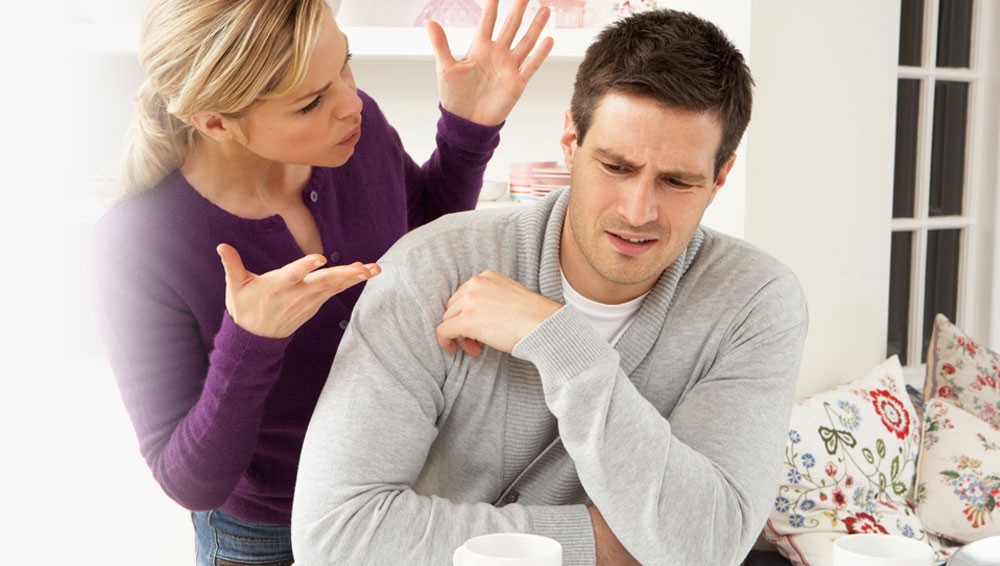 There are many causes of anger in a relationship. They can be the cause of each other, but usually, they are not related to one another directly.

Being In Bad Relationship

One of the most common causes is that you and your partner have been having problems for a long time now. This could mean things like infidelity or disrespect from both sides towards each other’s feelings and needs. It can also include financial issues where one person is spending too much money without any regard for their budgeting plan as well as physical abuse such as hitting, kicking, or punching someone during fights with them over minor disagreements on daily life matters such as what movie to watch at home together.

Conflict Of Interests And Values With Your Partner

Another cause of anger in a relationship is when you and your partner have different interests. It could be anything from politics to religion, or even what activities they like doing together on their time off work/school. This can also lead to a lot of disagreements and arguments. Sometimes it’s not even about what the topic is but more so how each person feels about it that causes conflict between two individuals in a relationship.

Anger can also be caused by stress from work or family issues. If you are feeling stressed out and have no time for your partner, they might start to feel resentful towards you because they think that their needs aren’t being met either. In addition to this, if someone has problems with their parents or siblings at home then this could cause them anger when spending time together as well due to unresolved family tensions lingering over into other areas of life like romantic relationships too!

People who are struggling with drug abuse or mental illness are also likely to experience anger in their relationships. Drug abuse can lead to violent outbursts and irrational behavior, while mental illness can cause someone to feel very frustrated and overwhelmed with the world around them. This can result in feeling angry at their partner for no particular reason or lashing out at them emotionally and verbally.

If there is one thing that can worsen any relationship, it would be the lack of communication between both partners. This means not talking about your problems or concerns with each other, which often leads to assumptions and misunderstandings. When either party does not communicate their feelings to their partner, it can easily result in anger.

How To Deal With Angry Person In Relationship?

Now that you know some of the signs that show when anger appears in a relationship, you need to learn how to deal with it before it gets worse. There are many ways that you can do this effectively without causing more damage to your relationship.

Express Your Feelings To Your Partner

The first thing you should do when dealing with anger in a relationship is to express your feelings to your partner. It can be difficult for some people, but it’s essential if both parties want their relationship to work out long-term. You don’t have to just sit back and let things build up inside of you until they explode – instead, talk about what bothers them so that together as a couple they may find solutions together through open communication!

Empathize With Your Partner

Another way how best deal with an angry person in the relationship is by empathizing with them. Try putting yourself in their shoes and see how it feels like being on the other side before jumping to conclusions or taking actions that are not appropriate according to the situation. This will show your partner that you do understand where they are coming from, which can help to diffuse the anger and stop it from escalating any further.

If things have gotten too heated or out of hand, it might be a good idea to take some time away from each other to calm down. This doesn’t mean breaking up altogether but rather taking a break for an hour, day, or week – whatever works best for the both of you. During this time apart, you can work on cooling down and figuring out how to approach the situation when you eventually do come back together.

In some cases, professional help may be needed if one or both partners are struggling with mental health issues that contribute to their anger in the relationship. If this sounds like you then it’s important not to shy away from seeking treatment because there are many resources available today such as therapy sessions, medication options, and more. It also helps if you are open with your partner about what they’re going through so they can better understand why things might get out of hand sometimes.

If one of your partners has done something wrong in the past, forgiveness is an important part of moving forward together as a couple. You can’t hold onto grudges forever – even if they were caused by things out of their control (such as mental illness). It might take some time but eventually letting go will help both parties heal from whatever happened between them previously so don’t give up now just because it feels difficult right now. 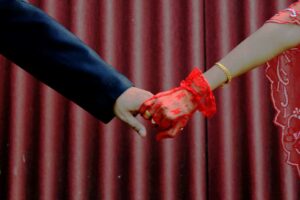 If neither partner is willing to budge on their stance about an issue, then compromise may be necessary for the relationship to survive. This can mean anything from sharing responsibilities at home more evenly or agreeing not to discuss certain topics with each other in order not to trigger any anger between them anymore so both parties feel safe expressing their feelings openly again without fear of getting into an argument every time they do it!

Be Patient With Your Partner

You must remember your partner has been dealing with this problem just as long if not longer than yourself and they might need some extra time before they start feeling better too. You shouldn’t expect miracles overnight but by being patient while giving them the support they need, you can help them healthily work through their anger gradually over time.

Give Each Other Some Time 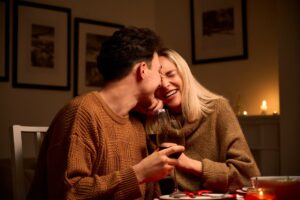 You should always give each other time to calm down when they are angry. When you’re going through something difficult, taking a break can be helpful! It will give both partners space away from one another while giving them time to think about what is bothering them so they don’t explode into anger again right after talking things out with their partner or trying not to make any rash decisions because we know that it doesn’t usually go well in the long run. Sometimes what seems like a good idea at first will only make matters worse later on. So don’t be afraid to take some time away if things aren’t working out right now- it might just end up helping you both in more ways than one!

To help ease tensions between the two of you it can help if they do something together. This could include watching movies, playing video games, or even taking walks around town while holding hands so that they feel connected again without having any pressure put onto them during this difficult moment in their relationship. If possible try not to force anything because sometimes people need space from each other before things get better but remember there are always plenty of options waiting for when you are ready (or when your partner is ready) to start trying again.

Anger is a natural emotion that we all experience from time to time. It can be helpful in some situations, such as when it motivates us to take action or protects us from harm. However, anger can also cause a lot of damage if it’s not managed effectively. If you’re in a relationship with someone who tends to get angry easily, it’s important to know how to deal with them calmly and effectively.