Serotonin reuptake inhibitors, or SSRIs, are the most common medication prescribed for obsessive-compulsive disorder, or OCD. But how do they work? And what is the science behind their use in treating OCD? In this blog post, we will explore the mechanisms by which SSRIs work to relieve symptoms of OCD and how this type of medication can be so effective in managing this debilitating disorder. SSRIs, a common acronym for serotonin reuptake inhibitors, are a type of antidepressant medication that works by increasing levels of serotonin in the brain. Serotonin is a neurotransmitter or brain chemical, that is involved in mood regulation and other important functions. Low levels of serotonin have been linked with depression, anxiety, and other mental health disorders. By increasing serotonin levels, SSRIs can help to alleviate the symptoms of these conditions.

SSRIs are the most commonly prescribed type of medication for OCD. Some common side effects of SSRIs include nausea, insomnia, sexual dysfunction, and headaches. These side effects are typically mild and resolve over time. SSRIs can be taken in pill form, and they typically start working within a few weeks of beginning treatment.

Some of the most common shelf-stable SSRIs include:

These are some of the most common brand names by which SSRIs are available.

How Do SSRIs Work For OCD? 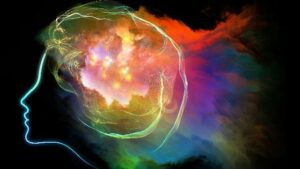 The exact mechanisms by which SSRIs work to relieve symptoms of OCD are not fully understood. However, it is thought that these medications help to correct a chemical imbalance in the brain that leads to obsessive and compulsive thoughts and behaviors.

SSRIs work by blocking the reabsorption, or reuptake, of serotonin by nerve cells in the brain. This action increases the amount of serotonin available to other nerve cells, which is thought to help improve mood and relieve symptoms of OCD. It also helps to reduce the impulsivity and repetitive behaviors characteristic of OCD.

The reason that SSRIs are prescribed for OCD is that it is theorized that people with OCD may have a serotonin deficiency. This means that there are lower levels of serotonin than what is considered normal circulating in their brain. Serotonin is important for many things, but one of its main jobs is to act as a neurotransmitter. This means that it helps to send signals between different nerve cells in the brain. The job of an SSRI is to help increase the level of serotonin so that these signals can be sent more effectively.

SSRIs consist of a class of drugs that are typically used to treat depression. They work by preventing the reuptake of serotonin in the brain, which leads to an increase in serotonin levels. This increased level of serotonin is thought to help alleviate the symptoms associated with OCD.

When one consumes an SSRI, the drug enters the bloodstream and eventually makes its way to the brain. Once in the brain, it binds to serotonin transporter proteins (SERTs). SERTs are responsible for transporting serotonin from one neuron to another. SSRIs work by inhibiting the reuptake of serotonin by binding to SERTs. This prevents serotonin from being reabsorbed by neurons, which leads to an increase in serotonin levels. This increased level of serotonin is thought to be therapeutic for people with OCD.

As with any medication, there is always the potential for side effects when taking SSRIs. The most common side effects include nausea, headache, fatigue, dry mouth, and sexual dysfunction. These side effects are typically mild and go away after a few weeks of treatment. More serious side effects are rare but can include suicidal thoughts or behavior, mania, and severe withdrawal symptoms if the medication is stopped suddenly.

It’s important to note that SSRIs don’t immediately cure OCD. Instead, they help to alleviate the symptoms over time. The full effects of SSRIs may not be apparent for several weeks or even months. 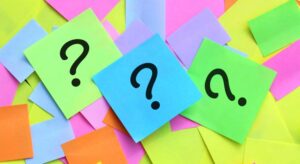 Now that we know well enough about the functioning and mechanisms of how SSRIs work for OCD, we will move on to see what factors you should consider before trying this type of medication.

Most people will start to see some improvement in their OCD symptoms within a few weeks of taking an SSRI. However, it can sometimes take up to 12 weeks for the full effects of the medication to be felt. If you don’t see any improvement after 12 weeks, you may need to try a different SSRI or a different type of medication altogether.

It’s also important to keep in mind that OCD is a chronic condition. This means that even if your symptoms improve with medication, you will likely need to continue taking the medication for long periods of time – often for years.

If you have any questions about how SSRIs work for OCD, be sure to talk to your doctor or psychiatrist. They will be able to give you more information and help you make the best decision for your treatment.

If you do not understand how SSRIs work for OCD or is not the right option, you can consider alternatives. There is a huge variety of other medications that can be used to treat OCD. Some of these include: 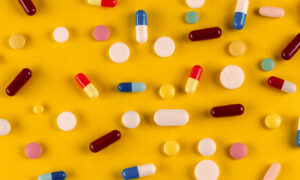 Each of these medications works in a different way and has its own risks and benefits. One of the most important things to keep in mind is that no two people are alike. What works for one person may not work for another. Be sure to talk to your doctor or psychiatrist about all of the potential options before making a decision about which medication is right for you.

There are many things to consider when deciding whether or not SSRIs are the right treatment option for you. However, if you work closely with your doctor and follow their recommendations, you are likely to find success in treating your OCD with this type of medication.

Conclusively, we now understood how SSRIs work for OCD and aid to treat the condition. If you want to learn more about OCD and available treatments, we recommend talking to a mental health professional. They will be able to give you more information and help you make the best decision for your treatment. Any type of medication for OCD is only part of the story! Be sure to also seek out therapy as it can be an extremely effective treatment for this condition.

If you are searching for a reliable, affordable, and effective source for seeking help for OCD or similar issues, reach out to Therapy Mantra. We are a team of highly professional mental health advocates and therapists offering online therapy services. Contact us today to learn more about how we can help you or your loved ones. Visit our website to book an online therapy session or you may also download our free OCD treatment app on Android or iOS for more information.