If you are one of the millions of people who suffer from OCD, you know how difficult it can be to manage your symptoms. There is no one-size-fits-all treatment for OCD, but many people find relief from taking Paxil. In this blog post, we will discuss what Paxil is, how it works, and who should take it. We will also talk about the side effects of Paxil and how to reduce them. If you are considering taking Paxil for OCD, this blog post will give you everything you need to make an informed decision.

What Is Paxil For OCD?

Paxil for OCD is a medication that can help people with Obsessive Compulsive Disorder. It is a type of antidepressant, and it works by increasing the levels of serotonin in the brain. This is thought to help reduce the symptoms of OCD.

Studies suggest that Paxil is most effective when combined with therapy. If you are thinking about taking Paxil for OCD, be sure to tell your doctor about any other medications you are taking, as well as any allergies or medical conditions you have. Paxil is approved by the FDA for the treatment of OCD in adults and children ages six and older.

Moreover, it is always important to speak with a doctor before starting any new medication. This is especially true if you have a history of mental illness, as Paxil can sometimes worsen symptoms. With the right treatment, however, Paxil can be an effective tool in managing OCD. 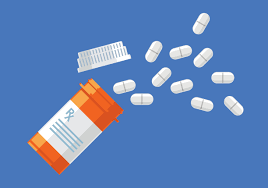 It works by inhibiting the reuptake of serotonin in the brain. This increases levels of serotonin, which is a neurotransmitter that helps regulate mood and behavior. In addition to OCD, Paxil is also approved to treat anxiety disorders, depression, and post-traumatic stress disorder (PTSD).

The process of inhibiting the reuptake of serotonin is thought to help balance out the chemical levels in the brain, which can lead to a reduction in OCD symptoms. Paxil is just one of several medications that may be effective in treating OCD.

It is important to note that Paxil is not a cure for OCD. However, it can help reduce the symptoms of OCD and make them more manageable. If you are considering taking Paxil for OCD, be sure to talk to your doctor about the potential risks and benefits. Because Paxil is a prescription medication, it is important to follow your doctor’s instructions for taking it.

It has been shown to be effective in treating OCD in both children and adults. Paxil can help reduce the symptoms of OCD, such as compulsions and obsessions. Following are some of the benefits:

Paxil can help you to better cope with your OCD symptoms. So these are some of the benefits that you may experience. However, as with any medication, there are also potential risks and side effects. Be sure to speak with your doctor about these before starting Paxil.

What Other Conditions Paxil Can Treat?

Paxil is generally prescribed for conditions related to anxiety, depression, and post-traumatic stress disorder (PTSD). However, because the drug can help to regulate serotonin levels in the brain, it is sometimes used off-label to treat other conditions. These include:

Paxil is a drug that can help to treat a variety of conditions, both mental and physical. If you think Paxil might be right for you, talk to your doctor about whether it is a good option for you.

Possible Side Effects Of Paxil For OCD

These are some of the more common side effects that may occur when taking Paxil for OCD: 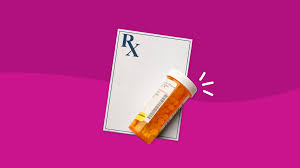 Some people may have serious side effects when taking Paxil. These include:

These are just some of the possible side effects that can occur when taking Paxil for OCD. If you are concerned about any of these side effects, talk to your doctor.

Although Paxil for OCD is considered effective and safe for most people, there are some who should avoid this drug. For example, some of the conditions are listed below:

In fact, studies have suggested that this medication can actually make OCD symptoms worse in some people. If you have any concerns, it’s best to talk to your doctor before starting this or any other medication.

Because of the potential risks, Paxil should only be used as a last resort after other OCD treatments have failed. If you and your doctor decide that Paxil is right for you, be sure to closely monitor your symptoms and side effects. In this way, you will be able to catch any problems early and make sure that the drug is working as it should.

Are There Any Alternatives?

Usually, Paxil is the first drug that doctors prescribe for OCD. If it doesn’t work, they’ll try another SSRI. If that one doesn’t work, they might try an SNRI. There are other drugs that can be used to treat OCD, but they’re not as well-studied or well-known as the SSRIs and SNRIs.

Also, there are therapies that can be used to treat OCD. Cognitive-behavioral therapy (CBT) is the most well-known and most effective type of therapy for OCD. Exposure and response prevention (ERP) is a type of CBT that can be very effective in treating OCD. If you have OCD, it’s important to talk to your doctor about all of your treatment options.

Studies have shown that a combination of medication and therapy is the most effective treatment for OCD. If you’re considering taking medication for OCD, talk to your doctor about all of your options.

Paxil for OCD is an effective drug that can help relieve the symptoms of this disorder. It is important to remember that this medication should be used in conjunction with therapy and other treatment options. It can take some time to see results, but the majority of people who take Paxil for OCD find that their symptoms improve.

Lastly, if you or someone you know is struggling with OCD, don’t hesitate to reach out for help. There are many resources available and treatment can make a huge difference in the quality of life.

If you are struggling to find the right professional for your condition, you can contact Therapy Mantra for expert guidance. The OCD professionals here will help you understand your condition better and work with you to create a treatment plan that will help you manage your OCD. Contact us today to learn more about our services. You can also book an online therapy or download our free Android or iOS app.