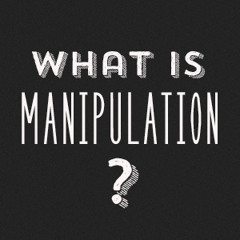 Manipulation is an act to control or influence someone by means of clever, deceptive, and often underhanded tricks. It is not only used by individuals but also in groups such as corporations where the goal is to convince others that their products are better than what they really are. In order for this to happen, many techniques can be used such as framing strategies, marketing techniques, and even social engineering.

Manipulators often use certain tactics to get what they want from others. By knowing what these signs are, we can become more aware of when someone is trying to take advantage of us. Some common signs that someone is using manipulation tactics on you are:

What Are Manipulation Tactics?

Manipulation tactics are not only used by individuals but also in groups such as corporations where the goal is to convince others that their products are better than what they really are. But people use it for their own personal benefits as well. In order for this to happen, many techniques can be used such as framing strategies, marketing techniques, and even social engineering.

Manipulation tactics are methods that are used in order to control or influence someone. There are many different tactics that can be used, and they include but are not limited to framing strategies, marketing techniques, social engineering, and others. 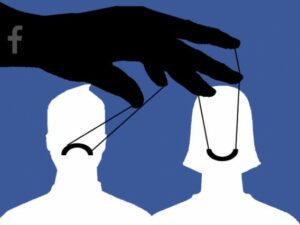 Framing happens when a person uses language to put others in a particular state of mind so they can influence their thoughts and feelings. For example, a manager may tell an employee that his business idea is “not financially feasible,” when actually the plan seems profitable based on the evidence given. Framing involves using misleading phrasing in order to make someone agree with your point of view.

Marketing is the technique used by companies to sell their products and services through advertisement, public relations, and the media. This technique is mainly done by businesses in order to gain profits. These tactics can be considered manipulation because many advertisements use positive words such as “new” or “improved” to make the product sound good and more appealing to the consumer.

Social engineering is a type of manipulation that happens in person. It often involves influencing others by pretending to be someone else, either literally or figuratively. By being convincing enough, individuals can take advantage of others by getting them to trust them even if they are strangers.

People use many manipulation tactics to get what they want. By using these techniques, individuals can often influence the way others think and feel by sending certain messages that suggest they should take action. This is why it’s so important to be aware of what we see and hear. Because we do not always know when someone is trying to manipulate us.

The main technique used in manipulation is persuasion. People have been using this method for a long time to gain the trust of others and convince them that what they are offering is the best option. A way that some people try and manipulate others is by asking questions that can be answered “yes” or “no.” A person will then respond to these questions by saying “yes” which might lead the other individual to believe that they are agreeing with their perspective.

Another way people attempt to manipulate is by asking for a small action so it seems unimportant, and by doing so they trick the other person into taking their side. For example, a mother may ask her child to help straighten up their room without explaining why it’s important. If the child does not take interest in what she is asking, she could say that it would make her really happy if they did this simple thing. This way the child will feel bad if they do not help.

Cognitive dissonance occurs when there is a clash between what an individual believes and their own perception of reality. This happens because we all have different opinions on certain things, and they often conflict with one another. For example, one may think that killing is wrong but then see someone commit murder on television. When this type of dissonance happens, people may try and manipulate others in order to get them to agree with their point of view. 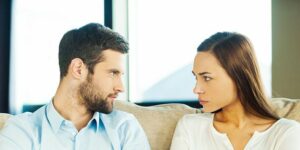 A person can also use silent treatment to manipulate others. This tactic often happens when one individual wants to get back at someone for not doing what they wanted, and instead of saying “no” or explaining why they cannot do it, this person will ignore them until they give in and do what they want.

If an individual truly wants something, they may try to push someone else into making it happen. This tactic often happens when someone is trying to get a job or promotion by asking someone in authority, such as the boss, roommate, or teacher. They will usually ask for small things and then keep pushing the other person until they agree and give what they want.

Another tactic that is used in manipulation is by creating a sense of fear. If an individual wants something from another person, they could say things like “if you don’t do this, then something bad will happen.” This makes the other person imagine what would happen if they didn’t comply and scare them into doing what is wanted.

Another tactic used by manipulators is to gain the trust of others through empathy. This happens when one person shows that they care about another individual, and then uses it against them by asking for their own favors in return. For example, a mother may tell her daughter that she got tickets for a special event that she wants to go to, but then the mother needs her daughter’s help with plans for the weekend. 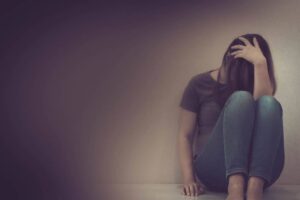 Manipulation can have a number of negative effects on both the individual and the relationships they have with others. When someone is being manipulated, they often do not realize it because they are being deceived by the manipulator. This can lead to a loss of trust and can damage the relationship beyond repair. In some cases, manipulation can even be harmful to the individual’s mental and physical health.

Some of the negative effects of manipulation include:

Manipulation is ultimately an unfair method for getting what someone wants. Because they are using the trust others have in them to take advantage. It’s important to be aware of the signs that someone might be manipulating you. So you can avoid being deceived in the future.

Why Do People Manipulate Others?

When people manipulate others, it is usually not for the benefit of the other person. These could be the possible reasons-

How Can You Deal With Manipulative People?

Not all people are aware when they are using manipulation tactics. But if you recognize these signs in someone there is a good chance that they know what they are doing.

How Can You Avoid Manipulation? 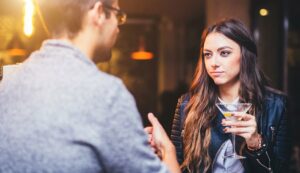 There are a few ways to avoid manipulation, especially by someone who knows the signs of manipulation tactics.

Can manipulation be positive or negative?

Manipulation can be both positive and negative.

Somehow, it can be helpful to get someone to do something they may not have done otherwise. For example, a mother convincing her child to eat their vegetables is a positive use of manipulation.

On the other hand, manipulation can also be harmful because it can often take advantage of others. For example, if a salesperson is trying to manipulate a customer into buying a product they don’t need. Then this is a negative manipulation tactic.

Marketers have been using manipulation tactics for years to get people to buy their products. While some of these techniques are more subtle than others. But they all share a common goal: getting the customer to make a purchase. In this article, we’ve outlined five of the most commonly used manipulation tactics and discussed how you can avoid them. By understanding these tactics, you’ll be able to better protect yourself from unethical marketing practices. And make more informed decisions about the products you choose to buy.

At Therapy Mantra, we have a team of therapists who provide affordable online therapy to assist you with issues such as depression, anxiety, stress, workplace Issues, addiction, relationship, OCD, LGBTQ, and PTSD. You can book a free therapy or download our free Android or iOS app.