Somatization is the experience of psychological distress in the form of physical symptoms. People who somatize often feel like their body is betraying them, and they may not be able to identify a specific cause for their symptoms. Common somatizations complaints include pain, fatigue, dizziness, and nausea. 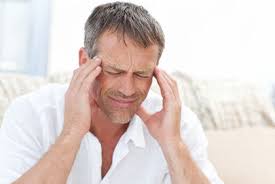 Somatization is the experience of medically unexplained physical symptoms, such as pain or fatigue, that cannot be fully explained by an existing medical condition or by another mental disorder. The word “somatization” comes from the root word ‘somato’, which means “of the body.”

Somatization is diagnosed as a somatoform disorder, also called a psychosomatic disorder, because there are physical symptoms but no known cause. People with somatoform disorders often receive medical treatment for physical complaints, even though they do not know the root cause of their condition. This can be frustrating and stressful for the person and their loved ones because it can be difficult to find effective treatments.

People who somatize often experience a range of physical symptoms, including: 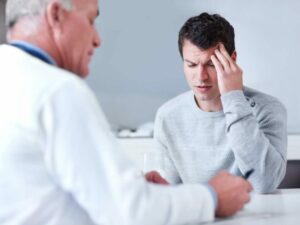 Different people may experience different symptoms, and the severity of symptoms can vary from person to person. For some, somatization can be a relatively mild and occasional experience, while for others it can be more severe and ongoing.

Somatization can also include emotional responses such as anxiety, fear, and depression in response to physical distress. When emotional experiences manifest themselves in physical ways, they are referred to as “somatoform disorders.”

There are several different types of somatoform disorders that are classified based on how the person experiences and reports their symptoms. Examples of these include: 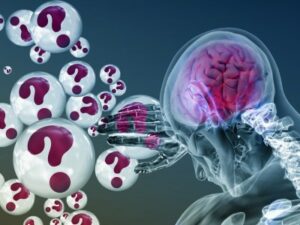 Because physical symptoms can be the result of a range of mental and emotional stressors. There are several related conditions that involve somatic (physical) symptoms rather than primarily psychological distress like depression and anxiety. These include:

• Illness anxiety disorder – People with this condition have a preoccupation with their health, but unlike hypochondriasis, their fears are not always focused on a specific illness or medical condition. Anxiety about having a serious illness is often present in this condition and can impact daily activities and relationships.

People who have severe somatoform disorders may not be able to function in their daily lives, such as going to work or school, maintaining relationships, or taking care of themselves. This can lead them to experience emotional distress and develop other mental health conditions, such as depression or anxiety.

In some cases, people who have mild to moderate somatoform disorders can develop other mental illnesses that do have known causes and effective treatment options. These comorbid (co-occurring) conditions include:

Somatizations are a response to psychological distress that is expressed as physical symptoms. While it can often be seen in people who have a history of trauma, abuse, or other significant psychological stressors, it can also happen to otherwise healthy individuals. There are several different factors that can contribute to somatization.

Some of the most common causes of somatization include:

Who Is More Likely To Develop Somatizations?

People who go through difficult life events or who have unstable personal relationships tend to be at higher risk for developing somatoform disorders. Somatization may also be more likely to develop for people who have a severe mental illness, such as schizophrenia or borderline personality disorder. In these instances, somatization may be due to neurobiological factors that make a person more likely to use physical symptoms as a way of coping with psychological stressors.

People diagnosed with certain medical conditions can also experience somatization. A person with temporomandibular joint disorder (TMD), which is characterized by ongoing pain and discomfort in the jaw, face, or neck can develop somatic symptoms such as headaches if they are not receiving adequate treatment for the condition. Some studies show that people with epilepsy may experience somatoform disorders like psychogenic seizures, which do not have a known neurological cause.

People with personality disorders often somatize as a way to communicate their emotional pain and suffering, cope with their emotions, or try to elicit support from others. Sometimes they have delusional thoughts about the source of their symptoms, but they are not consciously trying to deceive others. 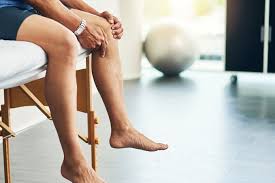 2. To influence or control others’ behavior

3. As a coping mechanism

4. To express emotions that are not otherwise observable

How to Help Someone With Somatic Symptoms?

1. Don’t ignore or dismiss their concerns

2. Be empathetic and listen carefully

3. Let the person know you’re open to what they’re saying

5. When the problem seems less severe, ask what has helped in the past

6. Keep track of symptoms and how they are affected by stressors

Tips To Cope With Somatizations 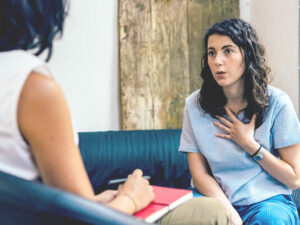 People who experience somatization can find it difficult to cope with the physical symptoms that are causing them distress. Here are some tips that may help:

1. Advocate for yourself – Don’t be afraid to speak up and ask for the help you need.

2. Seek support from loved ones or friends – Talking about your experiences can be helpful.

3. Connect with a therapist or counselor who can offer emotional support and guidance.

4. Stay positive and focus on your strengths.

6. Make time for relaxation and stress-relieving activities, such as yoga or meditation.

7. Try to maintain a regular schedule and stay organized and productive at home and work.

8. Stick with treatment plans prescribed by your doctor or therapist, even when you don’t feel better yet.

9. Allow yourself to be open about how you’re feeling, but avoid reaching out if you’re in crisis mode and need immediate help.

Somatization is the experience of physical symptoms that do not have an identifiable medical cause. It can affect a person’s well-being and their relationships, as well as increase the risk for mental health disorders like depression or bipolar disorder. Somatization may be a way a person copes with difficult emotions, but it can also lead to misdiagnoses and unnecessary medical testing.

1. Somatic symptoms are present for at least several years, usually beginning before the age of 30. Symptoms are frequently initially vague and difficult to describe. In contrast, the symptoms of a mental disorder are usually more distinct and unusual, or dramatic.

3. The patient has made unsuccessful attempts to obtain medical evaluation or treatment, or the physical complaints or associated disability result in a need for hospitalization to rule out other potential diagnoses.

4. Symptoms are not limited to pain and sexual dysfunction. But no single symptom predominates and no underlying general medical condition or cause is there.

5. The patient does not exhibit evidence of another mental disorder that would explain the somatic complaints; for example, mood or thought disorder (e.g., major depressive episode), anxiety disorder, psychotic disorder, obsessive-compulsive disorder, or a personality disturbance (e.g., paranoid personality). 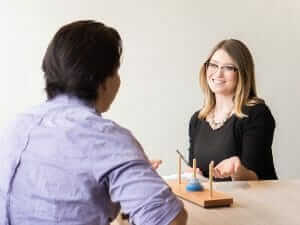 Somatic symptoms can be very difficult to deal with, both for the person experiencing them and for their loved ones. In some cases, medical treatment may be necessary to address the underlying physical cause of the symptoms. However, in many cases, there are psychological treatments that can be helpful in managing somatic symptoms.

One such treatment is cognitive-behavioral therapy (CBT) . CBT is a type of therapy that focuses on changing the thoughts and behaviors that contribute to emotional distress. It can be very effective in helping people to manage their symptoms and improve their quality of life.

Another type of Psychological treatment that may be helpful for somatic symptoms is mindfulness-based therapy. This type of therapy teaches people how to pay attention to their thoughts and feelings in a nonjudgmental way. Individuals with somatoform disorders may have difficulty being aware of their own emotions, so this type of therapy can help to improve their emotional awareness.

Support groups can be another way to address somatic symptoms. These groups, that mental health professionals facilitate, provide people with the opportunity to talk in a group setting about their experiences and share coping strategies. These types of support groups may include cognitive behavioral therapy elements, such as education about the disorder and homework assignments.

Medication may be necessary to address the physical symptoms of somatization. However, medication alone will not effectively treat the disorder. Medications work effectively in combination with psychotherapy. 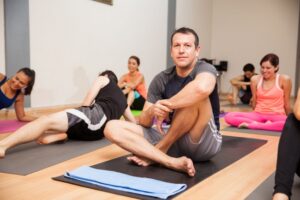 There are a few lifestyle changes that can be helpful in managing somatic symptoms. Exercise is one such change. Exercise can help to improve mood and reduce stress, both of which can contribute to the development of somatic symptoms.

Another change that can be helpful is diet. A healthy diet can help to reduce inflammation and support overall health. Avoiding processed foods and eating plenty of fruits and vegetables can be beneficial.

Finally, it is important to get enough sleep. Sleep deprivation can worsen mood and increase stress, both of which can contribute to the development of somatic symptoms. Getting adequate sleep is essential for overall health and well-being.

Somatization is the process of turning psychological distress into physical symptoms. It’s a way for people to express their emotional pain and can be seen as a coping mechanism. While somatization can be helpful in the short term, it can also lead to long-term problems if left untreated. If you’re experiencing somatic symptoms and they’re causing you distress, it’s important to seek help from a mental health professional.