Most people experience anger at some point in their lives. For some, however, anger can become so intense and frequent that it feels like it’s taking over their lives. If you’re struggling with anger, you might be wondering if you’re having anger attacks. In this comprehensive guide, we’ll cover everything you need to know about anger attacks, including what they are, what causes them, and how you can manage them.

What is an Anger Attack? 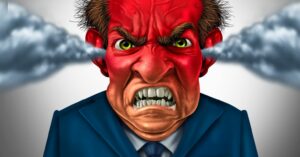 An anger attack is a sudden, uncontrolled outburst of anger. These attacks can be triggered by something as small as a traffic jam or a perceived slight from someone. For some people, anger attacks are a regular occurrence, while for others they happen only occasionally.

Anger attacks can vary in intensity from mild to severe. They may last for just a few seconds, or they may go on for several minutes or longer. People who experience anger attacks often feel out of control and may say or do things that they later regret.

If you have ever experienced an anger attack, you know how frightening and overwhelming it can be. But there is help available. With treatment, you can learn to control your anger and prevent these attacks from happening.

There are three types of anger attacks: verbal, physical, and emotional.

Physical anger attacks involve physical violence and can be just as scary and overwhelming as verbal attacks. Also, Physical violence can include hitting, kicking, biting, or any other type of physical aggression. These types of attacks usually happen when someone feels they are in danger or are being threatened. 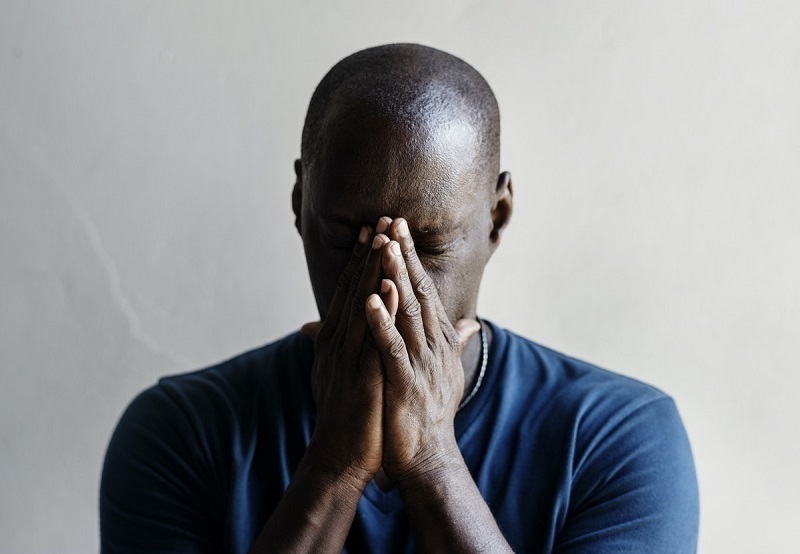 Do you find yourself feeling suddenly and inexplicably angry? Also, Do your heart rate and breathing quicken and your muscles tense up? Do you feel like you might explode or lash out in anger?

Many different symptoms can be associated with anger attacks. These symptoms are usually physical, and can include:

One of the most common symptoms of an anger attack is feeling like your heart is racing or pounding. This is caused by the release of adrenaline into your system, which can make you feel like you’re about to have a heart attack.

Another common symptom of an anger attack is feeling flushed or hot. This is also caused by the release of adrenaline and can make you feel like you’re going to pass out.

clenching your fists or teeth

When you’re angry, you may find yourself clenching your fists or grinding your teeth. This is because your body is preparing for a fight-or-flight response, and you’re trying to make yourself as strong as possible.

Anger can also cause you to shake or tremble. This is another symptom of the fight-or-flight response, and it’s your body’s way of trying to release some of the excess energy that it has.

Other than physical symptoms, there are also verbal symptoms that can be associated with anger attacks. These include:

One of the most common verbal symptoms of an anger attack is yelling or shouting. This is because you’re trying to release all of the built-up frustration and anger that you’re feeling.

Another symptom of an anger attack is using profanity. This is usually in combination with yelling or shouting, and it’s a way of expressing your anger in the most forceful way possible.

In some cases, people who are experiencing an anger attack may threaten violence. This is usually done in the heat of the moment and isn’t something that they would do, but it’s a way of expressing their anger.

Sometimes, people who are experiencing an anger attack may also exhibit behavioral symptoms. These can include:

One of the most common behavioral symptoms of an anger attack is throwing or breaking things. This is usually done in response to something that has triggered your anger, and it’s a way of releasing all of the built-up frustration and rage.

Another common behavior symptom of an anger attack is hitting or punching walls. This is usually done in combination with yelling and can be very dangerous, as it can cause serious injury.

In some cases, angry people may drive recklessly. This is usually done in an attempt to release all of the pent-up frustration and anger, and it can be very dangerous.

Some psychological symptoms can be associated with anger attacks. These include:

feeling out of control

One of the most common psychological symptoms of an anger attack is feeling out of control. This is because you’re feeling so much anger and frustration that you feel like you’re going to explode.

having thoughts of violence

Another common symptom of an anger attack is having thoughts of violence. This doesn’t mean that you want to hurt someone, but it’s a way of expressing the pent-up rage that you’re feeling. 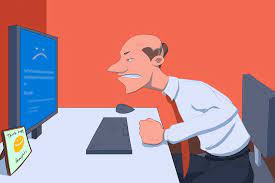 Many different things can trigger an anger attack. Some common triggers include:

One of the most common triggers for an anger attack is feeling like you’re not being heard or respected. When you feel like your opinion doesn’t matter, or like nobody is listening to you, it can be very frustrating. This frustration can quickly turn into anger if it’s not dealt with healthily.

Another common trigger for anger attacks is feeling like you’re being treated unfairly. If you feel like you’re not being given the same opportunities as others, or like you’re being singled out for criticism, it can be very frustrating. This frustration can quickly turn into anger if it’s not dealt with healthily.

Stress is another common trigger for anger attacks. When you’re under a lot of stress, your body releases the hormone cortisol. This hormone can make you feel irritable and angry, and can also make it harder for you to think clearly.

Another trigger for anger attacks is feeling like you’re in danger. This can be a physical or psychological danger, and it can make you feel threatened and panicked. When you feel like this, your body’s fight-or-flight response is triggered, and this can lead to an anger attack.

If you’re dealing with anger attacks, there are several treatment options available to help you manage your condition. While medication may be necessary for some people, there are also several lifestyle changes and therapies that can help manage anger attacks.

One of the most important things you can do is to learn to recognize the signs that an anger attack is coming on. This can help you take steps to avoid or diffuse the situation before it gets out of hand. It’s also important to identify any triggers that might set off an anger attack so you can avoid them in the future.

Several different therapies can help manage anger attacks. Cognitive-behavioral therapy (CBT) can be particularly helpful in teaching you how to identify and change thought patterns that contribute to your anger. Relaxation techniques such as yoga or meditation can also help manage stress and reduce the frequency of anger attacks.

In some cases, medication may be necessary to control the symptoms of anger attacks. If you’re considering medication, be sure to talk to your doctor about all the potential risks and benefits so you can make an informed decision.

If you’re struggling to manage anger attacks, don’t hesitate to seek professional help. A therapist or counselor can provide you with the tools you need to develop healthy coping mechanisms and make lifestyle changes that will improve your overall sense of well-being.

How To Deal With Anger Attacks? 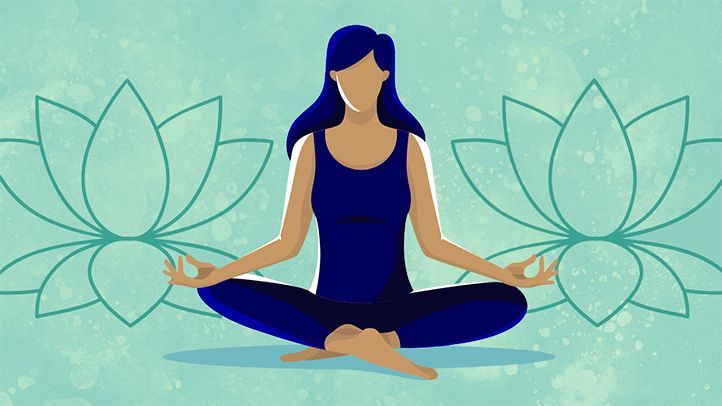 If you’re dealing with anger attacks, there are a few things that you can do to try and help yourself. Some of these include:

Try to stay calm: This may seem difficult, but it’s important to try and stay calm during an anger attack. If you can, take some deep breaths and try to relax your body. This will help to prevent the situation from escalating.

Taking deep breaths: One of the best things that you can do when you’re feeling angry is to take some deep breaths. This will help to slow down your heart rate and make you feel more relaxed.

Counting to ten: Another thing that you can do when you’re feeling angry is to count to ten. This will give you a moment to calm down and think about what’s making you angry.

Visualizing a happy place: One way to calm down during an anger attack is to visualize a happy place. This can be anything from a beach to a meadow. Close your eyes and imagine yourself in this peaceful place. This will help to relax your body and mind.

Talk to someone: Talking to someone can also help you to deal with an anger attack. This can be a friend, family member, therapist, or anyone else too who you feel comfortable talking. Talking about what’s making you angry can help you to understand it better and may help you to find ways to deal with it.

Write it down: Writing down what’s making you angry can also be helpful. This can be in a journal, on a piece of paper, or even in an email. Writing about your anger can help you to understand it better and may help you to find ways to deal with it.

Anger attacks are a real and valid phenomenon that can be extremely difficult to deal with. However, by understanding what they are and how to manage them, you can make a big difference in your life. If you or someone you know is struggling with anger attacks, don’t hesitate to reach out for help. There are plenty of resources available to assist you on your journey to managing this condition.

Sometimes, the best thing you can do is talk to someone who understands. A therapist or counselor can help you work through the emotions you’re feeling and develop a plan to better manage your anger. If you’re not sure where to start, consider reaching out to a local mental health provider or searching online for counseling services in your area.

Hope this article was of help to you! If you are suffering from mental health disorders, you may seek help from Therapy Mantra. We have a team of highly trained and experienced therapists who can provide you with the tools and skills necessary for overcoming mental health disorders. Contact us today to schedule an online therapy or download our free Android or iOS app for more information or more tips.