There has been a great deal of research in recent years exploring the relationship between two disorders that are often comorbid: dyspraxia and ADHD. Dyspraxia is a motor coordination disorder that can cause difficulties with fine and gross motor skills, as well as issues with planning and organization. ADHD, on the other hand, is a neurodevelopmental disorder characterized by problems with focus, impulsivity, and hyperactivity. While the two disorders share some symptoms, they are distinct from one another. However, there is a growing body of evidence that suggests that there is a strong relationship between the two. 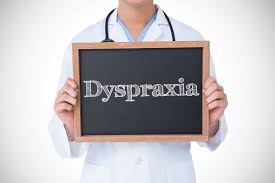 There is no single answer to the question, “What is Dyspraxia?” because the condition can vary significantly from person to person. In general, however, dyspraxia is a neurological disorder that affects an individual’s ability to plan and execute physical movements. This can make everyday activities such as brushing teeth, getting dressed, or writing difficult and frustrating.

Dyspraxia often occurs alongside other conditions such as ADHD, which can make diagnosis and treatment tricky. However, there are many resources and support groups available to help people with dyspraxia manage their condition and live happy, fulfilling lives.

ADHD is a neurodevelopmental disorder that manifests as problems with attention, impulsivity, and hyperactivity. It is one of the most common disorders of childhood and can persist into adulthood.

There is no single cause of ADHD, but it is thought to be due to a combination of genetic and environmental factors. Some research suggests that ADHD may be more common in people who have relatives with the disorder.

ADHD can make it difficult for affected individuals to succeed in school and at work and can lead to problems with relationships. Treatment for ADHD typically includes medication and behavioral therapy.

The Relationship Between Dyspraxia and ADHD

There are many similarities between dyspraxia and ADHD, which is why they are often confused. Both disorders affect executive functioning, which includes planning, organization, and self-control. Both can also cause problems with fine and gross motor skills, as well as social skills.

Despite the similarities and differences between dyspraxia and ADHD, the two disorders often occur together. Studies have shown that up to 50% of people with dyspraxia also have ADHD. It’s thought that the overlapping symptoms may be due to a shared underlying cause, such as problems with the neurotransmitter dopamine.

The relationship also works in the other direction; people with ADHD are more likely to also have dyspraxia. This is likely because both disorders are associated with problems with executive functioning.

Symptoms of Dyspraxia and ADHD 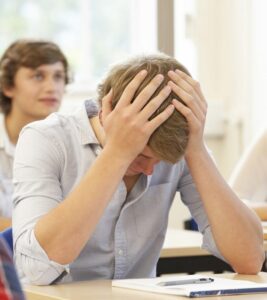 Several symptoms are associated with both dyspraxia and ADHD. These can include difficulties with planning and carrying out tasks, impulsiveness, short attention span, hyperactivity, poor fine motor skills, and problems with perception and coordination.

It is important to note that not all individuals who have dyspraxia or ADHD will experience all of these symptoms. The severity of the symptoms can also vary from person to person. In some cases, the symptoms may be so mild that they do not impact daily life, while in other cases the symptoms can be more severe and can interfere with school, work, or social activities.

If you suspect that you or your child may have either dyspraxia or ADHD, it is important to speak to a doctor or health professional for a diagnosis.

Causes of Dyspraxia and ADHD

Some other causes can be medical issues or side effects from certain medications.  Sometimes these disorders can also be caused by psychological factors, such as trauma or stress.

How Are Dyspraxia and ADHD Diagnosed?

Dyspraxia and ADHD are both diagnosed using a variety of methods. A doctor will usually start with a physical examination and a medical history. They will then ask about your symptoms and how long you have been experiencing them. They may also ask about your family history, as both disorders tend to run in families.

After the physical examination and medical history, the doctor may order some tests to rule out other conditions with similar symptoms (such as anxiety or depression). These tests may include blood tests, brain scans, or psychological evaluations. If the doctor suspects that you have either disorder, they may refer you to a specialist (such as a developmental pediatrician or neurologist) for further testing.

Treatments for Dyspraxia and ADHD

Medical interventions for dyspraxia and ADHD include medication and/or psychological therapy. Medication is often used to help manage the symptoms of ADHD, such as impulsiveness, hyperactivity, and difficulty concentrating. Commonly prescribed medications for ADHD include stimulants (e.g., methylphenidate) and non-stimulants (e.g., atomoxetine). Psychological therapy can also help manage the symptoms of ADHD and may be delivered in individual or group format.

Non-medical interventions for dyspraxia and ADHD include educational/behavioral intervention and occupational therapy. Educational/behavioral intervention involves working with teachers and other school personnel to develop an individualized education plan that meets the unique needs of the child. Occupational therapy focuses on developing the child’s fine motor skills. It may involve activities such as handwriting exercises, play dough tasks, and puzzles/games. This requires the use of small muscles in the hands.

There is a strong relationship between dyspraxia and ADHD, with many children who have one also having the other. However, it is essential to remember that each child is unique and will not necessarily experience both disorders in the same way. If you think your child may be displaying signs of either dyspraxia or ADHD, it is important to speak to a medical professional for an accurate diagnosis. With the right support in place, children with either disorder can lead happy and successful lives.