Did you know that ADHD is often comorbid with other conditions? This means that people who have ADHD often also have another condition. In this blog post, we will discuss the effects of comorbid ADHD and how it can complicate diagnosis and treatment. We will also provide information on how to get help if you are struggling with both ADHD and another condition.

What Is Comorbid ADHD? Let us begin by understanding what the word “comorbid” means. Comorbidity is the presence of two or more disorders in the same person. In other words, it is having more than one condition at the same time. When we talk about comorbid ADHD, we are referring to the presence of ADHD and another condition in the same individual.

Talking about ADHD, it is often regarded as a child’s condition. It is a neurodevelopmental disorder that starts in childhood and can last into adulthood. It is characterized by symptoms such as impulsivity, hyperactivity, and difficulty paying attention. Moreover, it can also lead to academic and social problems.

ADHD, as one might assume, is a complex disorder. It is not well understood, and there is still much research to be done in this area. However, we do know that ADHD can be comorbid with other conditions. In fact, it is quite common for people with ADHD to also have another condition.

Which Conditions Can Occur In Comorbidty With ADHD?

While ADHD can occur on its own, it is often comorbid with other conditions. In fact, studies have shown that up to 60% of individuals with ADHD also have another condition. The most common conditions that occur with ADHD can include the following. Other studies have shown that people with ADHD are more likely to have difficulty with math and writing skills. They may also have trouble with organization and time management.

There can be multiple reasons behind this connection. However, the most popular and researched theory is that ADHD and learning disorders share some common underlying causes. These can include genetic and neurological factors.

Some of the most important clinical learning disorders that can occur with ADHD include the following:

The shared characteristic between these disorders and ADHD is that they all involve difficulties with processing information. This is why they are often comorbid with each other. It is also a notable observation that most of these disorders are neurological in nature.

Other anxiety disorders that can occur with ADHD include the following:

The connection between anxiety disorders and ADHD is not well understood. However, it is believed that the two conditions share some common underlying causes. These can include genetic and neurological factors.

It is also worth noting that the comorbidity of ADHD with any type of anxiety disorder also stems from the fact that the symptoms of ADHD can trigger anxiety. For example, people with ADHD may often feel overwhelmed by their thoughts and experiences. This can lead to feelings of anxiety and stress. Additionally, the impulsivity associated with ADHD can also lead to anxiety-provoking behaviors, such as acting without thinking or speaking without thinking. Some other overlaps between anxiety and ADHD include: By the name of it, one can easily tell that this condition is related to the senses. Sensory processing disorder (SPD) is a condition characterized by difficulties with processing information from the senses. This can include the sense of sight, smell, touch, taste, and hearing.

People with SPD often have difficulty filtering out certain sensory stimuli. As a result, they may be easily overwhelmed by sensory input. This can lead to symptoms such as anxiety, irritability, and difficulty concentrating.

SPD is often comorbid with ADHD. This is because both conditions involve difficulties with processing information. SPD is also believed to share some common underlying causes with ADHD, such as genetic and neurological factors.

It should be noted that not all people with ADHD will have SPD. However, it is important to be aware of the possibility of comorbidity between the two conditions.

Perhaps the most mistaken for ADHD, autism spectrum disorder and ADHD share many common symptoms. Both can include problems with focus, hyperactivity, and impulsivity. This comorbidity is thought to be because both autism and ADHD are neurodevelopmental disorders. A 2006 study found that up to 30% of children with ASD also had ADHD. The comorbidity rate is thought to be even higher in adults, with some studies suggesting that nearly 80% of adults with ASD also have ADHD.

Bipolar disorder is a mental illness that causes extreme mood swings. These swings can include feeling very happy and energized, known as mania, or feeling very sad and hopeless, known as depression. People with bipolar disorder may also have psychotic symptoms during their manic or depressive episodes.

It is also a common occurrence in bipolar and ADHD that one will have symptoms of the other. It is not uncommon for people with bipolar disorder to also suffer from ADHD, and vice versa. In fact, the symptoms of both these disorders often overlap. This can make it difficult to accurately diagnose one condition, let alone both. 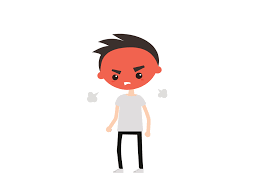 For example, let us say that a child has both ADHD and ODD. His symptoms of ADHD make it difficult for him to focus in school, which leads to him falling behind his classmates. As a result, he often feels frustrated and angry. These feelings are then exacerbated by his symptoms of ODD, leading him to lash out at his classmates and teachers. This, in turn, leads to him getting into trouble at school, which only furthers his feelings of frustration and anger. The cycle then repeats itself, making it difficult for the kid to ever catch up at school or make progress in managing his symptoms.

Commonly known as Tourette’s, this condition is characterized by tics – involuntary, repetitive movements or vocalizations. People with Tourette syndrome are mostly male, and the tics usually begin in childhood. The severity of the tics can vary greatly from person to person.

When talking in context of ADHD, tourette’s is considered comorbid if the person experiences both ADHD and Tourette syndrome. However, it’s important to note that not everyone with Tourette syndrome will have ADHD.

Researchers aren’t sure why the two conditions seem to occur together so often, but it’s believed that they may share some underlying causes. For example, both conditions have been linked to abnormalities in certain brain regions and neurotransmitters.

It’s also worth noting that ADHD and Tourette syndrome can both be extremely disruptive and impairing, so it’s not surprising that they often occur together. Even the classifying symotoms of ADHD like impulsivity and hyperactivity can worsen the tics associated with Tourette syndrome. 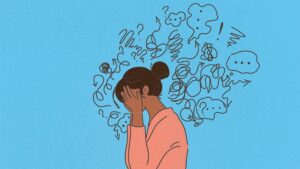 The most common mood disorder that occurs with ADHD is depression. It is estimated that up to 30% of individuals with ADHD also have depression.

Depression is a complex condition that can involve symptoms such as sadness, loss of interest, fatigue, and difficulty concentrating. These symptoms can be quite similar to symptoms of ADHD. In fact, it can be difficult to distinguish between the two conditions. This is one of the reasons why they are often comorbid with each other.

The interplay between ADHD and depression is complex. It is believed that the symptoms of ADHD can contribute to the development of depression. For example, individuals with ADHD may have difficulty succeeding in school or work, which can lead to feelings of inadequacy and low self-esteem. Additionally, the impulsivity associated with ADHD can lead to risky behaviors, such as drug use, which can also lead to depression.

It is also believed that depression can worsen the symptoms of ADHD. This is because individuals who are depressed may have difficulty concentrating and paying attention, which can make it even harder to focus and stay on task. Additionally, the fatigue associated with depression can make it difficult to muster up the energy needed to complete tasks.

As you can see, comorbidity is quite common in ADHD. This is because the symptoms of ADHD can interact with and exacerbate the symptoms of other conditions. It’s also important to remember that each person is unique and will experience comorbid conditions in their own way. If you or someone you know has ADHD or any other issue, it’s important to seek out professional help. With proper treatment, it is possible to manage both conditions.

How To Get An Accurate Diagnosis? 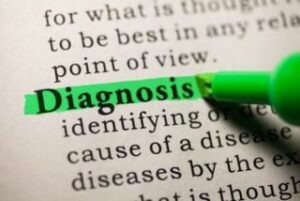 After knowing all the forms of comorbid ADHD, one may wonder how to get an accurate diagnosis. Well, the best way to start is by talking to a mental health professional. Seeking assistance from a professional is always the safest and most accurate way to get a diagnosis.

A professional will be able to ask you the right questions and give you an evaluation. They may make use of different tools, such as questionnaires and rating scales. These are all distinct in their own way and will help the professional get a clear understanding of your symptoms.

Additionally, the professional will also take into account your medical history and any other information that may be relevant to your case. They will then use all of this information to make a diagnosis.

There are a few important things to keep in mind when seeking a diagnosis for comorbid ADHD.

With the right diagnosis and treatment plan, it is possible to manage both ADHD and any comorbid conditions.

How To Manage Comorbid ADHD?

Managing ADHD while having another psychological disorder can be difficult. It’s important to remember that each person is unique and will experience comorbid conditions in their own way. It is also a matter of grave complications because the treatment for one condition may not be suitable for the other. This is most common in cases where people use medication to treat ADHD but the same cannot be said for other disorders. In such cases, it is necessary to seek professional help. An experienced and certified expert can assess and understand the very complex and unique interactions between different disorders.

However, the typical course of treatment involves medication, psychological therapy, or a combination of both. In some severely comorbid cases, hospitalization may also be necessary. The most important thing is to seek out professional help so that you can receive the treatment you need. With the right help, it is possible to manage comorbid ADHD and live a happy and fulfilling life.

If you or someone you know is looking for psychological help, Therapy Mantra is here for you. We are the leading providers of online therapy and counseling. Our team of highly trained and experienced therapists can provide assistance at the most affordable rates. Contact us today to learn more about our services. You may also visit our website to book an online therapy session or download our free Android or iOS app for more information.