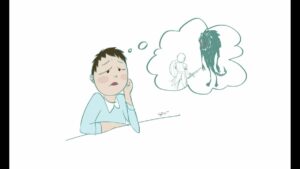 What is Daydreaming Disorder?

The daydreaming disorder is a condition that causes a person to experience excessive daydreaming. This can interfere with work, school, and personal relationships. People with this disorder may have trouble focusing on tasks, be easily distracted, and daydream for long periods. A person who daydreams frequently would engage in organized daydreams or fantasies for lengthy periods. It might have an impact on your ability to concentrate in school or at work.

There are three main types of daydreaming disorder:

This type involves simple, brief fantasies that are not disruptive. Daydreaming has a variety of benefits, including lessening stress and anxiety, assisting you in resolving issues, utilizing parts of your brain frequently, enabling you to reach objectives, and creativity. Daydreaming also has research and studies proving that when individuals allow their brains to wander for a time during the day, they are more likely to focus on a specific task.

This type involves highly detailed daydreams that may last for hours. These daydreams often include multiple scenarios and characters. They may be so realistic that it’s difficult to distinguish between reality and fantasy.

Someone may be daydreaming while reading because they are having difficulty concentrating, which is common in several mental diseases, such as depression, anxiety, post-traumatic stress disorder, and attention deficit hyperactivity disorder.

This is the most severe type of daydreaming disorder. It includes persistent, intrusive, and disruptive daydreams. These daydreams can cause distress and interfere with a person’s ability to function in everyday life. Maladaptive Daydreaming is a common mental health problem, affecting approximately one-third of the general population at some point in their life.

It has a link with attention deficit hyperactivity disorder (ADHD), anxiety disorders, and obsessive-compulsive disorder (OCD). In one case study, fluvoxamine was given to a patient which is typically used to treat individuals with OCD. The patient realized that she was able to control the frequency of her daydreaming episodes better after taking the drug.

Day Dreaming Disorder is a term used to describe dysfunctional types of creative involvement that can be exhibited through binge-viewing books, playing video games, or watching movies. MD is the term for prolonged, frequently compulsive fantasy immersion that interferes with functioning in a variety of areas, including academics, interpersonal relationships, and employment. Patients with a variety of DSM-5 disorders, such as attention-deficit hyperactivity disorder, anxiety disorder, depressive disorder, and obsessive-compulsive or associated disorders, were shown to have this syndrome. Somer first linked personality disorders and dissociative pathology to MD.

Professor Eliezer Somer of the University of Haifa in Israel initially described the condition in 2002. The diagnostic and Statistical Manual of Mental Disorders (DSM-V) has not considered it as a formal psychiatric diagnosis. Despite this, research suggests that it’s a real and relatively common condition. It may affect up to one in every 20 people. Daydreaming, also known as Day Dreaming (MD), is excessive and often obsessive fantasy activity that takes the place of human interaction or real-life experiences. It’s different from normal daydreaming in both content and intensity. People with MD spend hours every day engaged in detailed, elaborate fantasies involving friends, family, and fictional characters. These daydreams are usually sexually explicit or violent.

While there’s no formal diagnosis for MD, it’s been proposed as a mental disorder in the psychiatric community. Some researchers believe it should be classified as a dissociative disorder because it involves periods of detachment from reality. Others believe it should be classified as an obsessive-compulsive disorder because of the repetitive nature of daydreaming.

It’s important to note that not all daydreaming is bad. Daydreaming can be a healthy way to relax and escape from reality for a short period. It’s only when daydreaming interferes with your daily life that it becomes a problem.

What Are The Symptoms?

The symptoms of the daydreaming disorder can vary from person to person. Some common symptoms include:

Day Dreaming Disorder results in dysfunctional daydreaming. The content of the daydreams is usually very vivid and may be aggressive, or just bizarre. People with this disorder often have trouble controlling their daydreams, which can interfere with work, school, and personal relationships.

The exact cause of the daydreaming disorder is unknown. However, there are some theories about what may contribute to the development of this condition. These include:

This disorder may be passed down from family members. To comprehend this disease better, academic research organizations are now investigating the hereditary component of Day Dreaming Disorder. 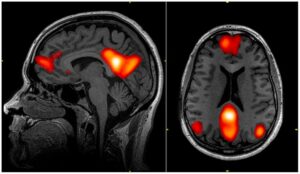 Some studies have found that people with this disorder have differences in the regions of the brain responsible for attention and focus. The prefrontal cortex, medial temporal lobes, and deep parietal cortical structures are among the important brain regions that are responsible for daydreaming. A malfunction in these parts or inefficiency in this region can lead to daydreaming disorder.

This disorder may be linked to other mental health conditions, such as anxiety, depression, or ADHD. It’s also been linked to trauma and major life transitions. The psychological process is what enables the person to carry out their improbable or far-fetched ideas. Utilizing one’s mental faculties to fulfill wishes and goals is the process of daydreaming.

This disorder may be triggered by certain environmental factors, such as boredom or stress. Some drugs can cause people to experience hallucinations or daydreams. This may lead to daydreaming disorder.

Maladaptive daydreams can be so intense and protracted that the person loses awareness of their surroundings, which has a severe effect on their relationships, performance at work or school, sleep, and everyday activities. According to research conducted on medical students, those with Day Dreaming disorder see a drop n their academic grades.

Maladaptive daydreamers may lose track of reality for 4.5 hours per day. It could get tougher for them to stay grounded in reality if they become too preoccupied with their inner world. People may forget their relationships and obligations in the real world due to the all-consuming, immersive character of their daydreams, which causes them mental misery. Unfortunately, despite the great need to daydream, doing so usually makes people feel worse emotionally.

How Is Daydreaming Disorder Treated? There is no specific treatment for the daydreaming disorder. However, some methods may help lessen the symptoms. These include:

This type of therapy can help a person learn how to control their daydreams and reduce disruptive behaviors. Behavior therapy usually focuses on exposure and response prevention (ERP). It helps the individual become accustomed to the patterns of daydreaming situations that they don’t realize.

This type of therapy can help a person identify and change negative thinking patterns. It can also help a person learn how to control their daydreams. This may help reduce anxiety and depression. CBT helps reduce the severity of symptoms in people with Day Dreaming disorder.

Some medications, such as antipsychotics or antidepressants, may help treat this disorder. However, there is no specific medication to treat this.

If you think you or someone you know may have a daydreaming disorder, it’s important to see a mental health professional. They can help diagnose and treat the condition.

Excessive and frequently obsessive daydreaming (MD) is a type of dreaming in which people do not interact with others or engage in realistic activities. It’s distinct from normal daydreaming in both content and intensity. These dreams are usually sexually explicit and violent.

MD can negatively affect a person’s social life, work life, and education. It’s important to seek professional help if you think you may be suffering from MD. There are many treatment options available that can help lessen the symptoms of this disorder. We provide the most comprehensive medical services tailored to your unique requirements. An affordable online booking of therapy is possible or you can download our free OCD treatment app on Android or iOS.